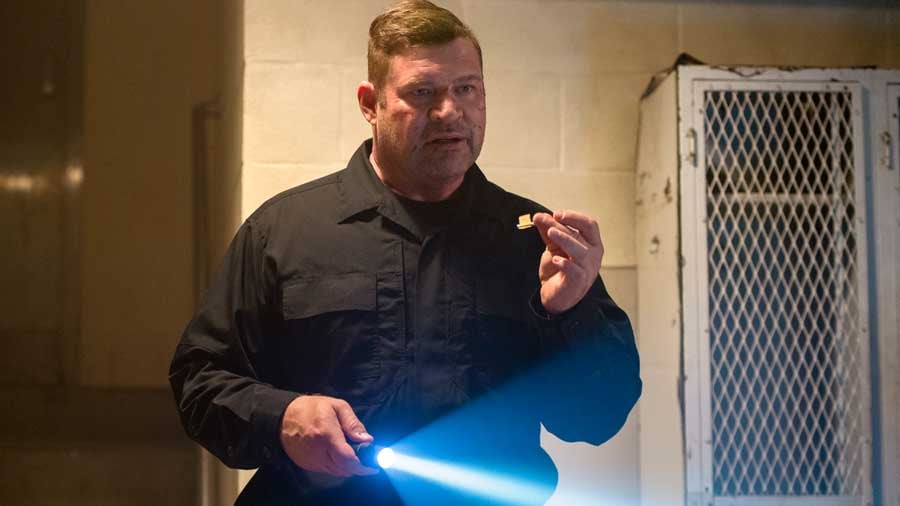 The excitement over a new season of Orange Is the New Black is growing, especially because Netflix released the first teaser video for season six on June 5, which implies that the women of Litchfield Correctional Facility are headed to maximum security as a result of the riot last season. Yikes.

But the video also has some fans scratching their heads trying to remember exactly where the show leaves off — it's so hard sometimes with Netflix shows, especially because you wait so long in between seasons. If you can't quite remember what happened to season five's Big Bad, Desi Piscatella, here's a little refresher.

In season four, Piscatella joins the Litchfield team as a guard, bringing with him a crew of unstable employees (because the company that owns Litchfield is trying to save a little money by not hiring properly trained guards). It is Piscatella's brutality that leads to Poussey's death in the season four finale, which is the catalyst for the three-day riot that encompasses all of season five.

During the riot, Piscatella finds himself outside the prison and helpless to stop the prisoners, whom he sees as dangerous criminals who have run amok. He eventually sneaks into the prison and starts kidnapping Red's "family" members. Red has always stood up to his bullying and he wants to punish her by torturing her and her prison family before killing them. Red's group eventually gets the upper hand and ties Piscatella up, with Taystee wanting to shoot him for what he did to Poussey. 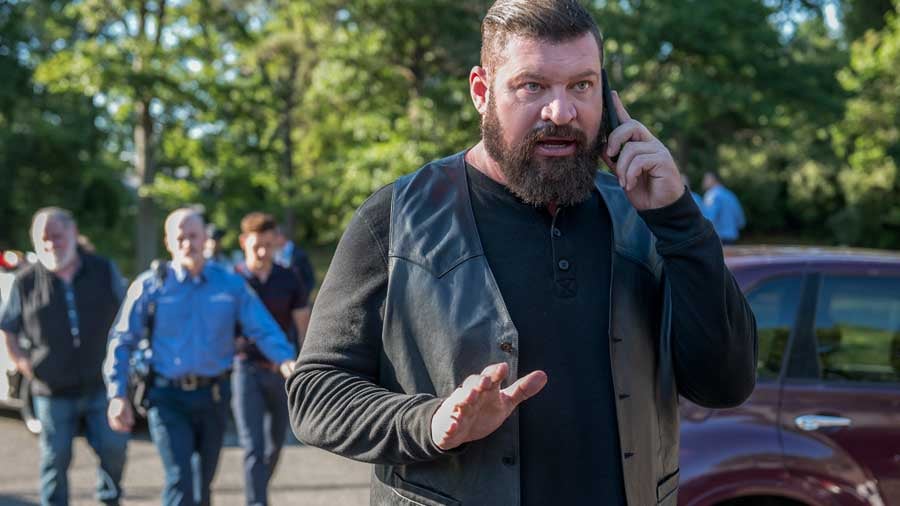 But Piscatella tells her that revenge won't make the pain go away and it's during this episode that we learn that before Litchfield, Piscatella had worked at a maximum security men's prison where he had fallen in love with an inmate named Wes Driscoll. When a group of other inmates find out, they beat and rape Driscoll, leaving him bloodied on a bathroom floor for Piscatella to find.

Related:
The Big Reason Young Daya Looks So Familiar on Orange Is the New Black

As revenge, Piscatella takes the ringleader and ties him up in the shower, turning the water on full blast and scalding the man to death. The death is covered up and Piscatella is transferred to Litchfield.

Back in the present on the show, Taystee can't bring herself to kill Piscatella and the women let him go. But when he exits their underground bunker, a group of SWAT team members see Piscatella and one of them accidentally shoots him in the head. He is aiming at the ceiling with a pepper bullet (which rains pepper down on the targets rather than killing them), but Piscatella was so tall that the officer hit him in the head instead.

So, at least we won't have to deal with Piscatella in season six — good riddance — which drops on July 27 on Netflix.