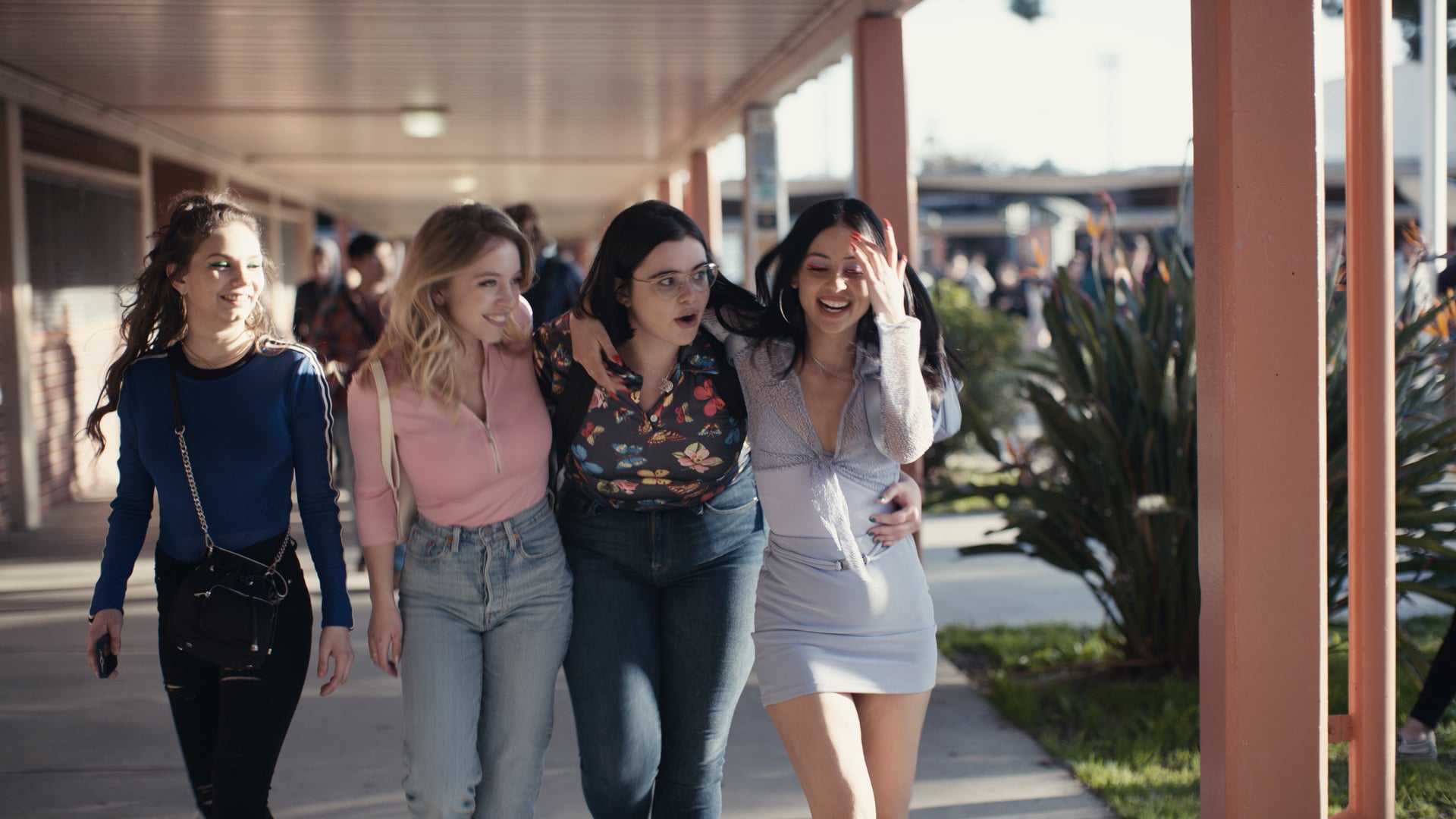 If you've been watching HBO's new miniseries Euphoria, you may be wondering if you missed the part where the show's setting is established. Don't worry, you didn't — and we doubt a specific town will be named, because showrunners likely want to make the point that the issues faced by the high schoolers in Euphoria aren't unique to one particular geographic area. Drug addiction disorders, trauma, and cyberbullying are present in rural areas, cities, and everywhere in between.

That said, the series was filmed in Southern California and the palm trees and mountains spotted in outdoor scenes and aerial views are consistent with a suburb in the area. It's mentioned in the premiere that Jules "moved from the city to the suburbs," so Euphoria likely takes place in a suburb outside LA. The show's cast has been active on social media and their Instagram stories provide some fun "behind-the-scenes" info, including filming locations.

For example, PopBuzz snapped screenshots from the account of Sydney Sweeney (who plays Cassie in the series). Sweeney posted an Instagram story that showed the cast arriving at Ulysses S. Grant High School, which is located in Valley Glen, CA, a neighbourhood in the San Fernando Valley of LA. (The school is a popular filming location for both films and television shows, including Saved By the Bell.) Needless to say, the students were super excited that an HBO series was filmed at their school.

The mall shown in Euphoria looked fairly generic to me at first glance, but PopBuzz also noted that the scenes appear to have been shot at Del Amo Fashion Centre in Torrance, CA, and Jacob Elordi (who plays Nate) took photos with fans at the luxury shopping centre.

So although it's safe to assume that Euphoria takes place in a suburb of LA, it's important to remember that many of the difficult themes tackled in the series are universal and affect teenagers all over the country.