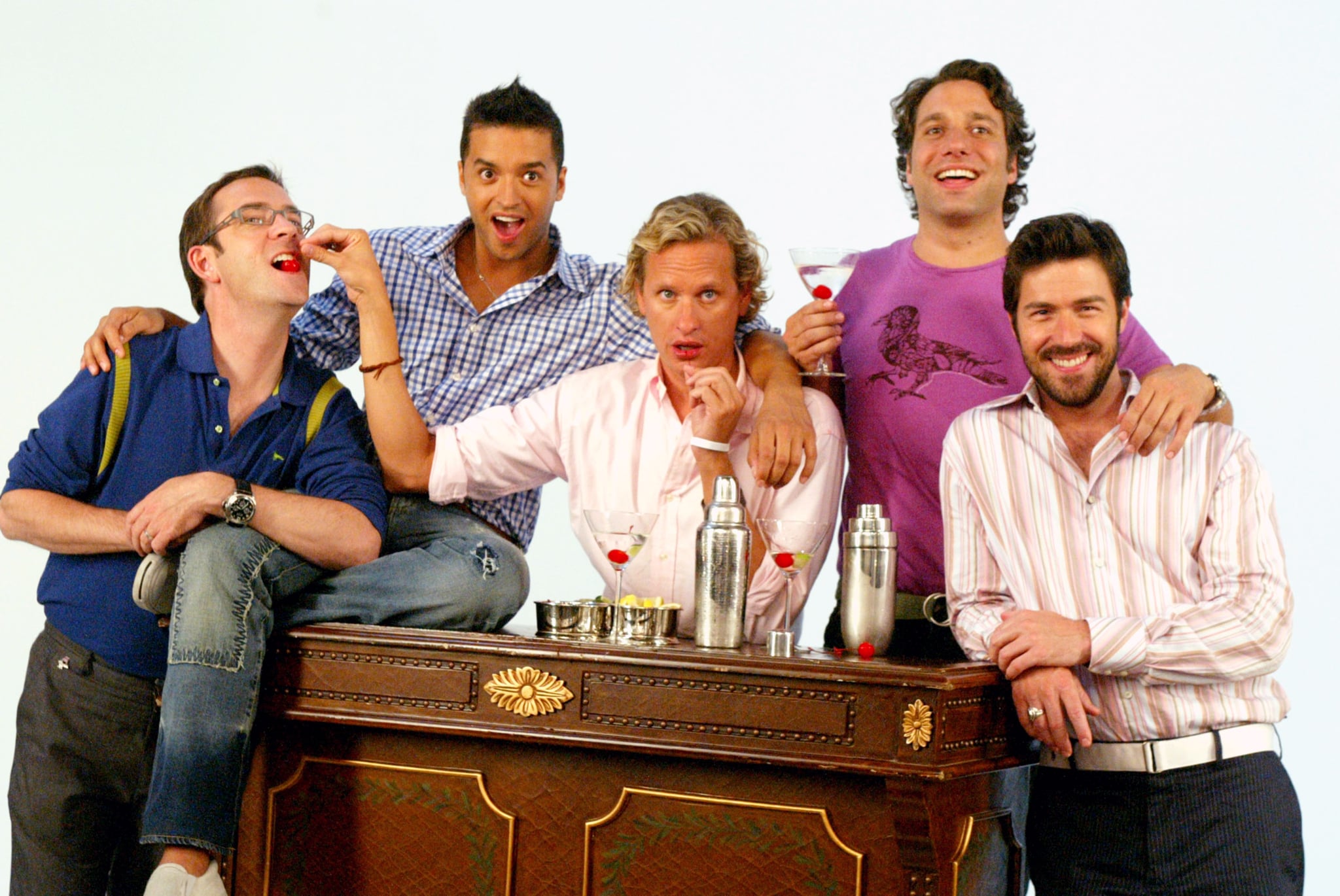 If you're a true Queer Eye fan, then you must know that the Fab Five we know and love from the hit Netflix series are not the first to transform lives (and wardrobes). Fifteen years before Antoni Porowski, Tan France, Karamo Brown, Bobby Berk, and Jonathan Van Ness stepped on the scene, the original Fab Five debuted on Bravo. The series — which was originally called Queer Eye for the Straight Guy before it was shorted to Queer Eye in its third season to expand its scope — was the first of its kind and a surprise success, and we couldn't be more grateful for it, as it later led to the Netflix reboot we know so well.

Rather than Antoni, Tan, Karamo, Bobby, and Jonathan, the original Queer Eye starred Ted Allen, Carson Kressley, Jai Rodriguez, Thom Filicia, and Kyan Douglas, known as the Food and Wine Connoisseur, the Fashion Savant, the Culture Vulture, the Design Doctor, and the Grooming Guru, respectively. Just like Netflix's reboot, each episode began with the Fab Five in an SUV discussing their subject, whom they would make over and prepare throughout the course of the episode for a big debut in the end.

While you're waiting for the third season of Netflix's Queer Eye to debut, there's no better way to spend your time than to catch up with the original that inspired its reboot, because — in our opinion — you can't appreciate the all-new series until you've watched the one that came first. Luckily, you can still enjoy the early-aughts series — can you believe? Amazon Prime Video gives viewers the option of buying individual episodes for $2 each or buying a whole season for $10, and there are also plenty of episodes available to stream on YouTube. Get ready to binge and thank us later, hunny.

Netflix
Eve Hewson Almost Gave Up Acting, Before Starring in Behind Her Eyes, of Course
by Navi Ahluwalia 22 hours ago