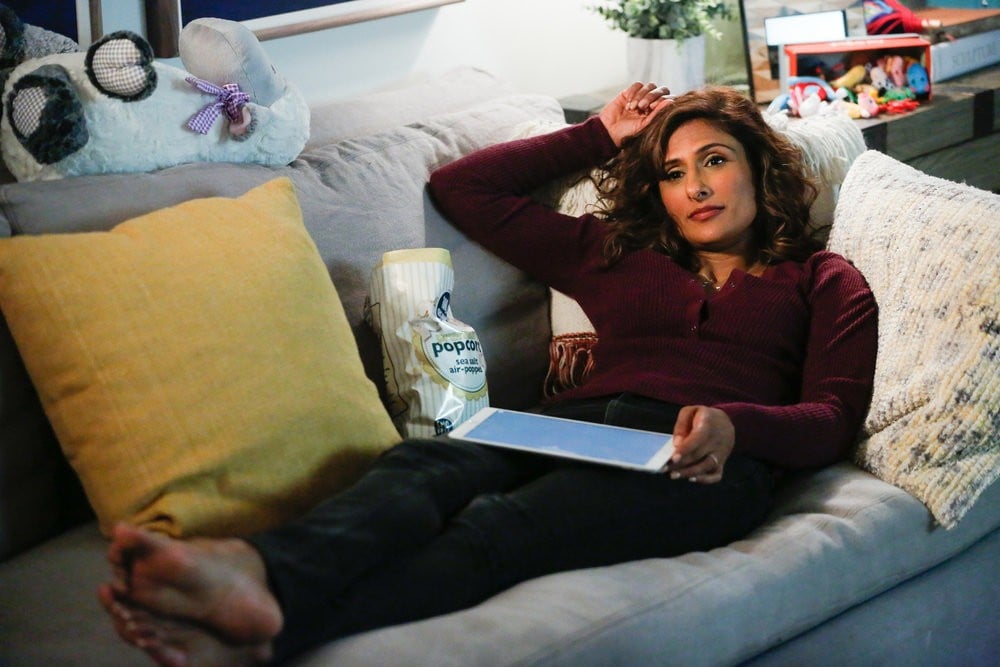 I Feel Bad: The Star of This New Comedy Has Been All Over Your TV

Liz Lemon. Leslie Knope. Mindy Lahiri. The past several years have been full of iconic comedy leading ladies, and they're about to have a new member of the club. On the new NBC comedy I Feel Bad, Emet Kamala-Sweetzer tries to juggle her family and her career and finds herself frustrated over not being able to achieve her idea of perfection and "having it all." There's a good chance you recognise the actress playing Emet, but an equally good chance that you can't quite remember what you recognise her from. Never fear — we've got the rundown of where you've seen actress Sarayu Blue before.

Known earlier in her career as Sarayu Rao, Blue has been acting since 2002's Leela, although she didn't snag a noticeable role until 2007. In that year, she joined the film Lions For Lambs, which starred Tom Cruise, Robert Redford, and Meryl Streep. Despite the film's starry cast, it flopped critically and at the box office. Around this time, Blue shifted into guest roles on TV series. Among her credits between 2005 and 2007 are Bones, Dirt, and The Big Bang Theory.

In 2010, Blue booked a recurring role on the Fox sitcom Sons of Tucson. She played Angela, the frustrated wife of the main character's best friend. The series never had a chance to garner much recognition for Blue, though, because it was abruptly cancelled after just four episodes. She returned to guest spots, including three episodes as Dr. Susan DePaul on NCIS: Los Angeles. Her longest-lasting TV role came in 2013, with 10 episodes as Dr. Sydney Napur on the TNT medical drama Monday Mornings.

Blue might be recognisable to superfans of Grey's Anatomy and Agents of S.H.I.E.L.D., where she also guest-starred. In 2016, she had a supporting role as Kareema on The CW's drama No Tomorrow, which ended in early 2017. Although most of her work has been on television, Blue did have a memorable role in the 2018 comedy Blockers as Marcie, one of the parents horrified at their teenagers' sex pact. I Feel Bad will be Blue's first leading role, and we're pretty excited to watch, starting Oct. 4 on NBC! Until then, here's a look at some of her past characters.