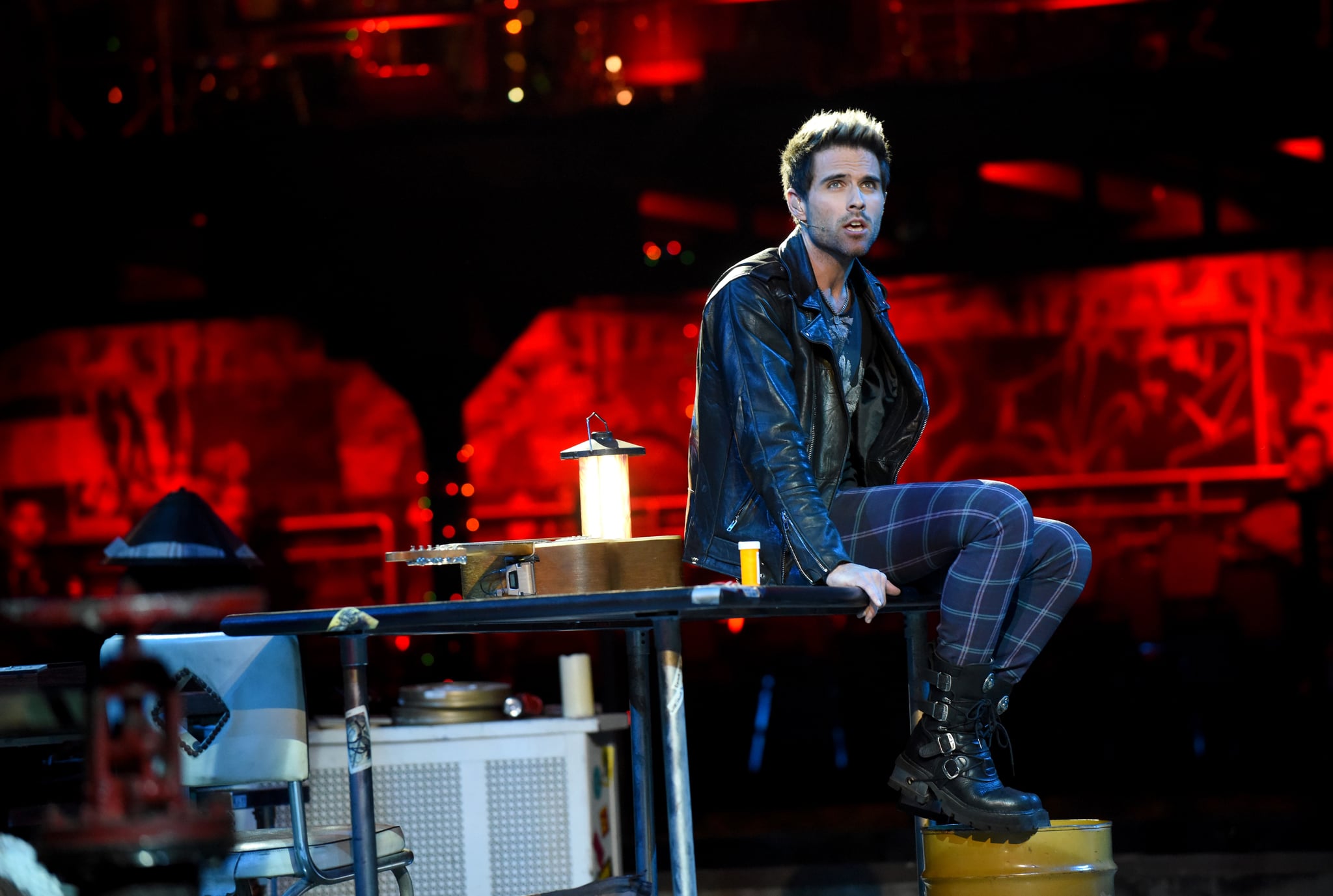 Brennin Hunt stole the spotlight in more ways than one with his portrayal as Roger Davis in Fox's Rent Live. While the actor didn't actually perform live for the majority of the show due to an earlier foot injury, he still managed to blow audiences away with a few of his performances from the previously recorded footage during the show's dress rehearsal.

"Breaking my foot last night was not fun, but it's been great being back on set with everybody," Hunt said in a video on his Instagram ahead of the show. "I love these people so much. They've showered me with love and kindness, which is the essence of this musical, and I am just truly honoured and blessed to be a part of this Rent family, and I hope you guys enjoy tonight."

Light the candle with Roger and Mimi. #RENT https://t.co/08490pEObe

While some of the cast included seasoned Broadway stars, Hunt is fairly new to the stage. The singer previously appeared on The X Factor's first season in 2011, and had a guest-appearance on Nashville in 2015. Despite his unfortunate injury ahead of Fox's Rent Live, we have a feeling we'll be seeing more of Hunt very soon!