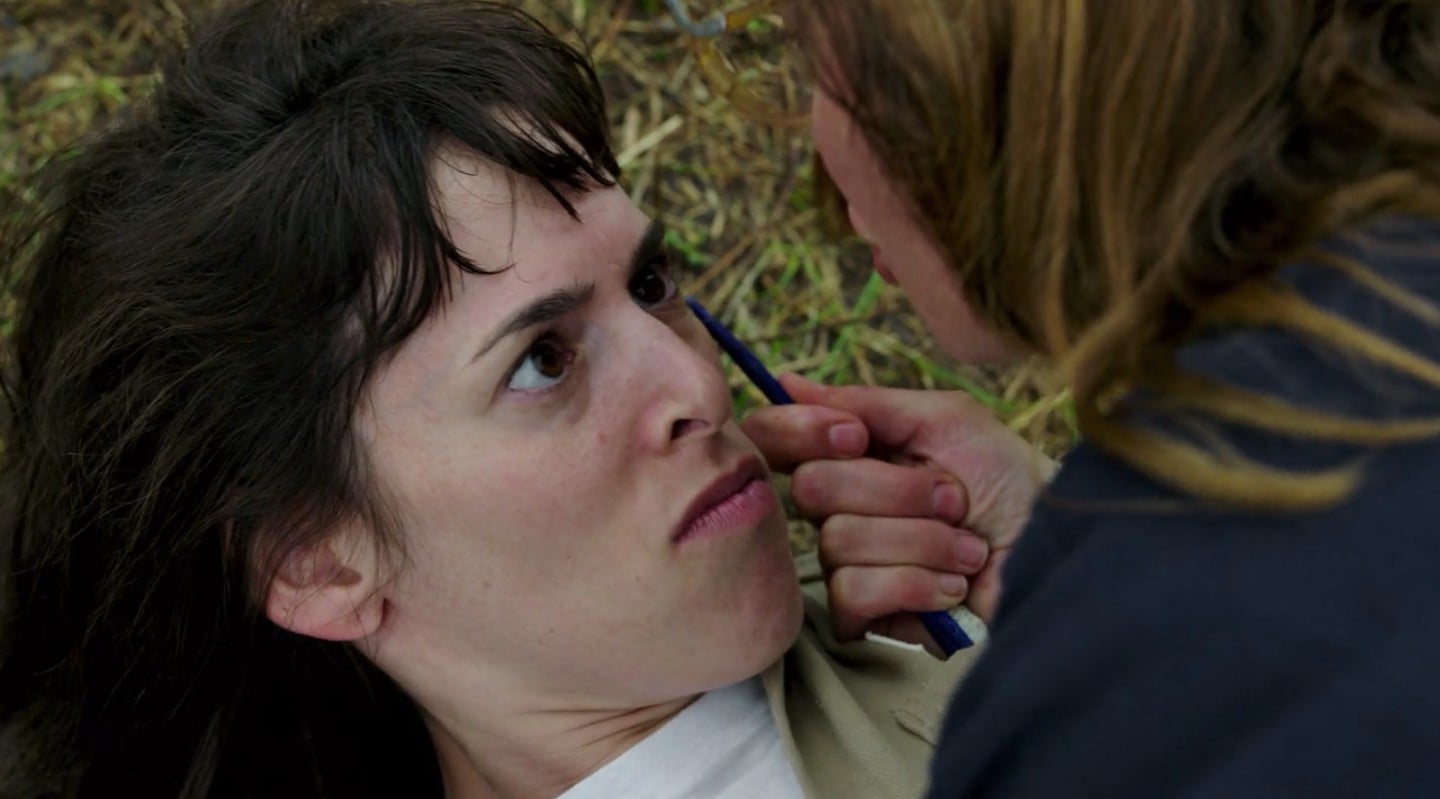 Season six of Orange Is the New Black reveals that Frieda Berlin's bunker-building, self-protecting streak is not only a result of her childhood, but that it's been honed during her time in behind bars.

The new episodes include a deep dive into a dramatic turf war that has lasted decades, as our veteran prison dweller is seen with one of her first partners in a prison library in the '80s. (If "partner" is the right word for someone she tolerates, resents, and then rats out.) That partner in crime, Carol, turns out to be the sister of a rival drug dealer (and rival kickball captain), Barb.

Young Barb is played by actress Lauren Kelston. Though you might not recognise her, the New Jersey native has done a fair amount of comedy and improv. In fact, she's a regular performer at The Peoples Improv Theatre (aka The PIT) in New York. Along with her part in Orange is the New Black, she's also flexed her dramatic chops with parts in Last Night in Brooklyn and in the award-winning 2012 film Four Corners Road.

And here's a credit (I assume) not many of her costars have: she's also a certified yoga instructor, and she practices and teaches yoga in the Bergen County area. You can even stop by and say hello!