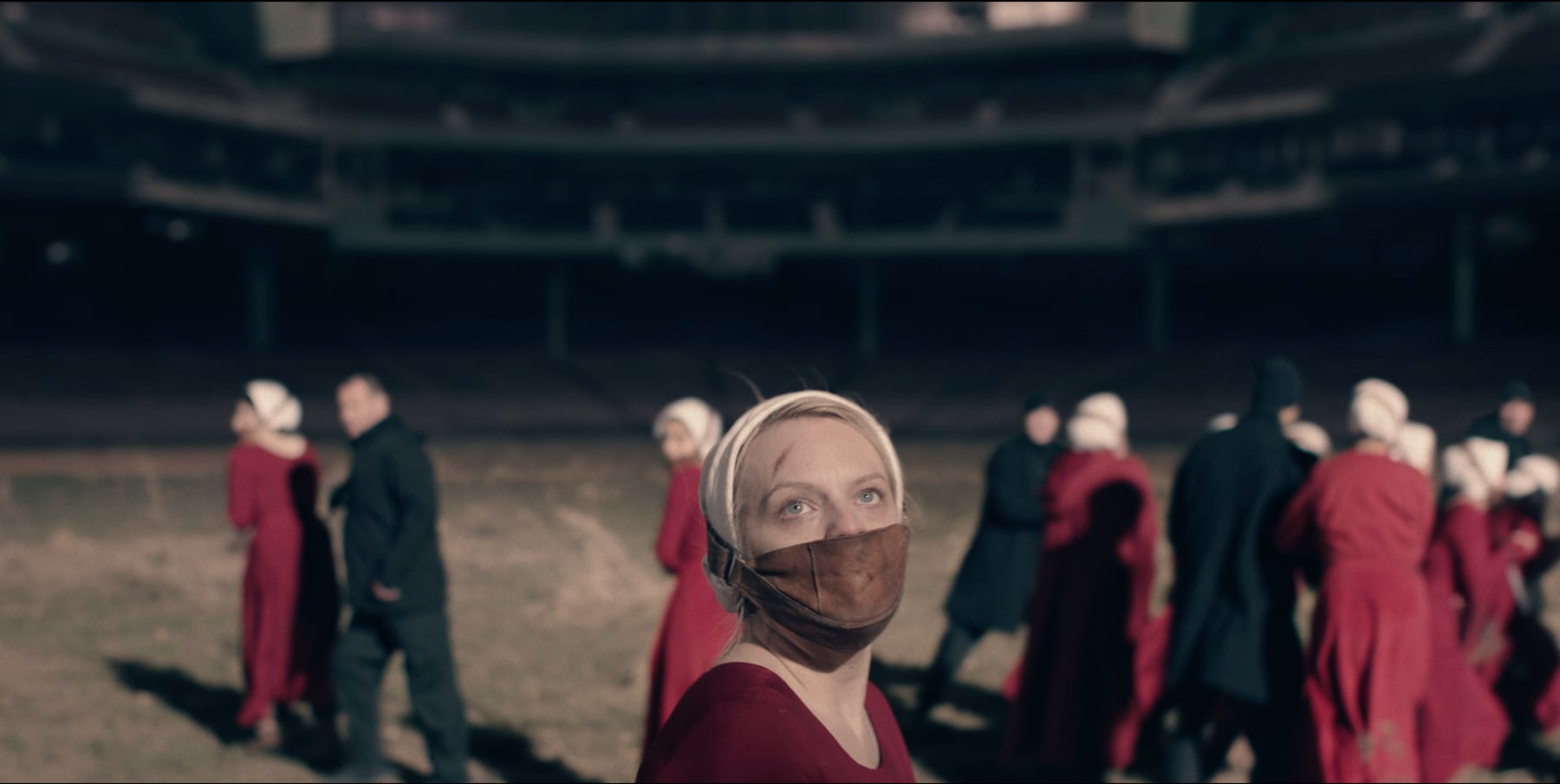 The first two episodes of The Handmaid's Tale season two were released this week, finally answering our questions about that traumatizing season one cliffhanger. (I mean, being shoved into an empty black van can't be a good thing, right?)

While the show's first season was heavily influenced by Margaret Atwood's 1985 novel, the second season expands past the details of the book. Showrunner Bruce Miller told The Hollywood Reporter in January that Atwood was in the writers' room early on in the creation of the show, and she played a "huge role" in crafting season two.

"Margaret and I started talking about season two in the middle of season one," he said. "Usually when you adapt a classic book, you're not lucky enough to have the author around. We are very lucky to not just have her around, but very much energetic and involved."

Atwood predicted her involvement to Entertainment Weekly last April, saying she will be even more involved in the second season "because we will be in uncharted territories, so more invention will have to take place."

Season two explores the characters in a way that Atwood couldn't do with Offred as the narrator. "We can go behind the scenes and follow characters we can't follow in the book because she can not know what happens to them," Atwood told EW.

Of course, the series still has a full staff of writers. "Our writing staff is a news junky bunch, very politically active and thinking a lot about politics, very engaged in the world," Miller told THR. "It's a big influence on the way you think about everything in your life, which definitely bleeds into the story-making process."

While the book's events technically conclude within the first season, Miller wants to explore what happens in the 200-year jump to the epilogue at the end of the novel, with Atwood's input.

"So even though we're in some ways moving beyond the book, we can stay true to Atwood's world and Atwood's tone, which we all love so much."

Shrill
From "Fat Monica" to Fat Amy: How Hollywood Highlighted My Internalized Fatphobia
by Grayson Gilcrease 11 hours ago

Celebrity Style
Madison Bailey Trades in Her Casual, Surfer-Girl Style For This Electrifying Versace Skirt
by Sarah Wasilak 21 hours ago