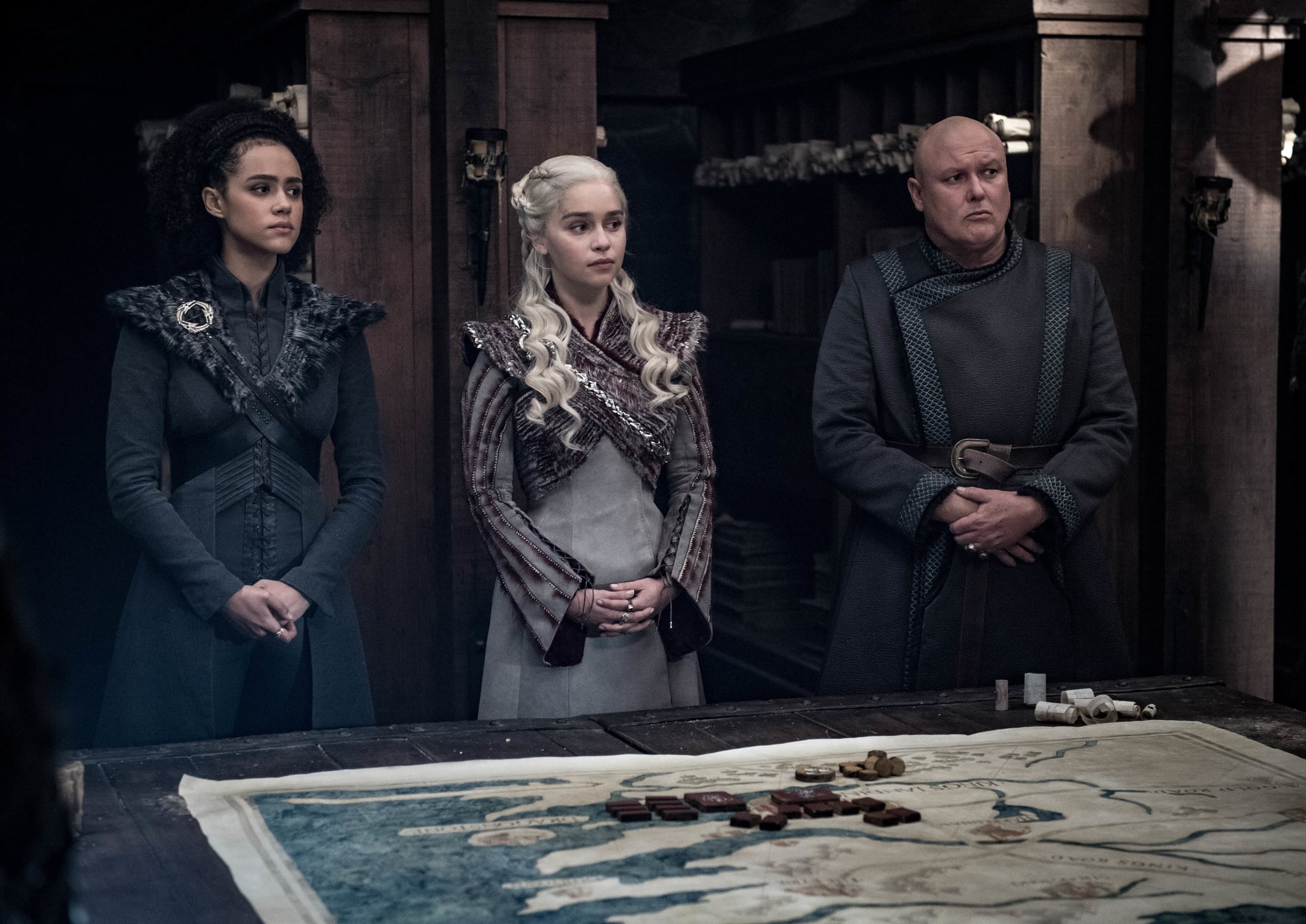 If anyone expected Game of Thrones to go easy on us after the Battle of Winterfell, episode four is a lesson well learned. While season eight's "The Last of the Starks" doesn't have a high body count (for our main characters, anyway), it does feature a hugely significant death that viewers are still shaken by.

Following the intense — and frustratingly hard to see — events of "The Long Night," Daenerys and whatever is left of her retinue set forward on her campaign to challenge Cersei for the Iron Throne. Despite their victory in Winterfell, Daenerys' soldiers are sorely outnumbered by Cersei's forces; she has the Lannister army, as well as Euron's troops and the Golden Company at her beck and call. But Daenerys still has her two dragons and fighters faithful to her cause, which has gotten her thus far.

Confident that an immediate attack on Cersei is what's best, Dany has everyone board ships set for Dragonstone while she flies above them with Drogon and Rhaegal. Suddenly Euron's fleet appears from around a corner and they attack, killing Rhaegal and destroying many of Dany's ships. In the ensuing chaos, Missandei is captured and brought to King's Landing as bait. Unsurprisingly, it works — Dany is instantly spurred into action and desperate to get her friend back safe and sound, so she arrives in King's Landing with a small group of soldiers, as well as Greyworm and Tyrion by her side, to "negotiate" with Cersei (aka demand she surrender and give up Missandei).

We didn't need Missandei to die to teach us something we learned the moment Ned Stark's head was cut off.

All of this is happening outside the city gates, as Missandei stands up above on a platform with Cersei, Euron, and the Mountain posed behind her. Tyrion attempts to reason with his sister, but it soon becomes clear that nothing will stop Cersei's reign of terror when she gives the order to have Missandei beheaded. The horror on her friends' faces makes it obvious that they know there's no stopping what's coming next, and with a swift swing of his sword, the Mountain beheads the former slave from Narth. Both Greyworm and Daenerys react in horror, the former turning away and visibly holding back his emotions. Tyrion also looks away, though he looks remarkably more guilty than Missandei's lover.

Considering this is yet another loved one Daenerys has lost in such a short span of time (including her beloved Jorah), it's no shock that she looks positively enraged. But as a viewer, I can't help but find the scene ultimately disappointing, especially in the face of everything else going on in the season.

Missandei's death serves no real purpose to further the plot — the big players involved (Daenerys and Cersei) were always going to have a violent clash no matter who gets caught in the middle. It's made to look as if Missandei's death pushes Daenerys's to attack King's Landing, but she's been contemplating that plan all along. Even after Sansa tells her that their soldiers need time to rest, she pushes them to go ahead with their plan, which is why Euron and Cersei are able to catch them by surprise. 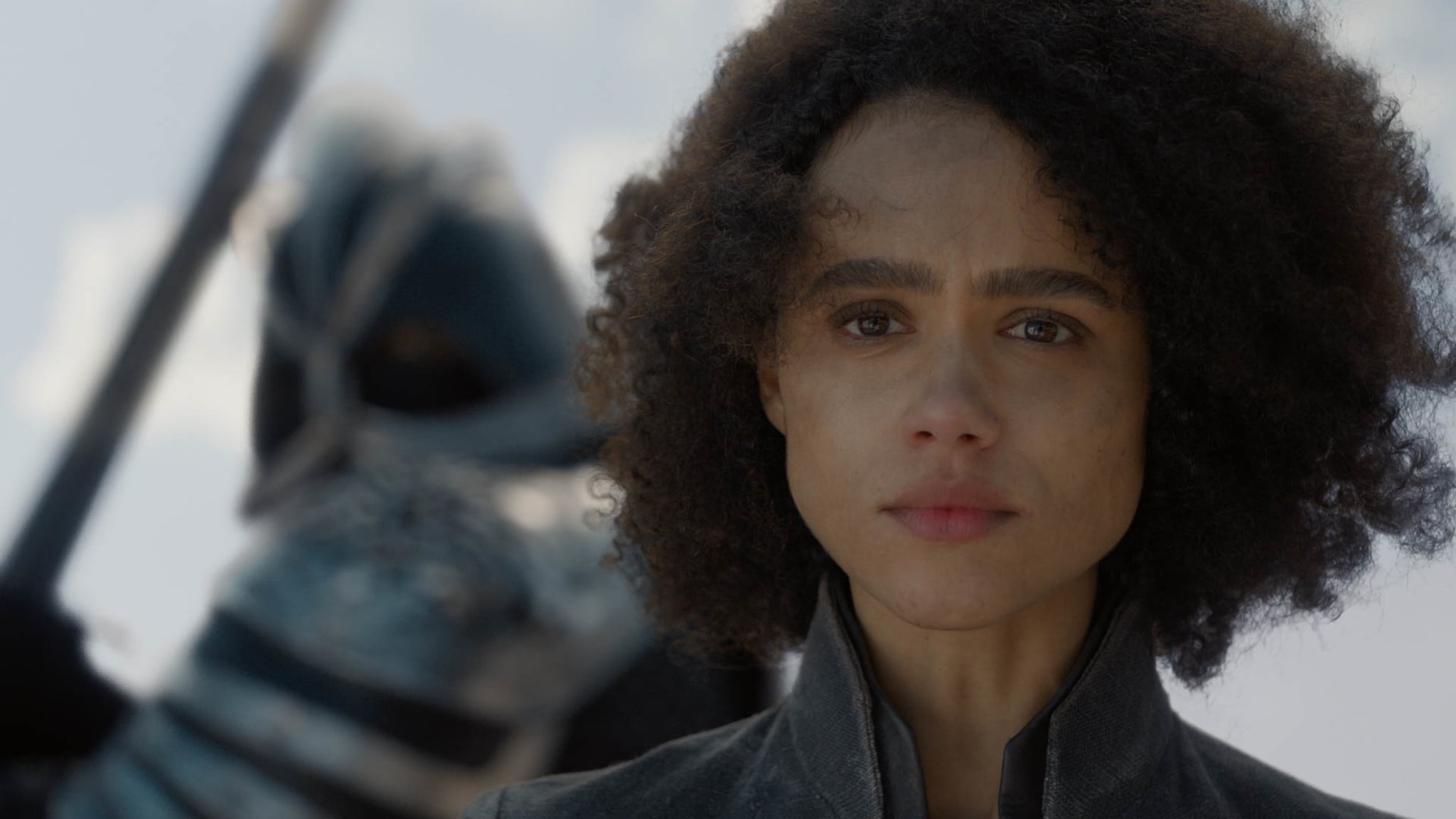 Missandei's death isn't necessary to motivate Daenerys to attack since her desire for the Iron Throne and hatred for Cersei is more than enough to do that. The fact that Missandei doesn't even use her own last words to do anything more than "encourage" Daenerys shows how much her own death isn't about her. It's purely for the shock value and reminding fans that any character can die at any moment. While that's all well and great, that lesson would have been better taught during the Battle of Winterfell, when people were manageing to survive being pinned by hordes of mindlessly feral wights. And especially when you take into account the fact that Missandei is one of the show's few remaining characters of colour.

Not only is her death another example of how dispensable Game of Thrones seems to treat women — seriously, there are so many more important people Cersei could have killed instead of Daenerys' adviser — but it literally cuts down their number of diverse main characters to one (aka Greyworm, who is somehow still alive and kicking). Missandei could survive being in the crypts with wights popping out of concrete tombs, but she doesn't get to last in King's Landing for two minutes?! All to do . . . what? Teach us that war is a fast-and-loose game? We know that already! We didn't need Missandei to die to teach us something we learned the moment Ned Stark's head was cut off.

At this point all we can do is hope that the rest of the season isn't an exercise in trying to give us a Red Wedding-level shock, rather than building up a solid ending and concluding the story in a believable, satisfying way.