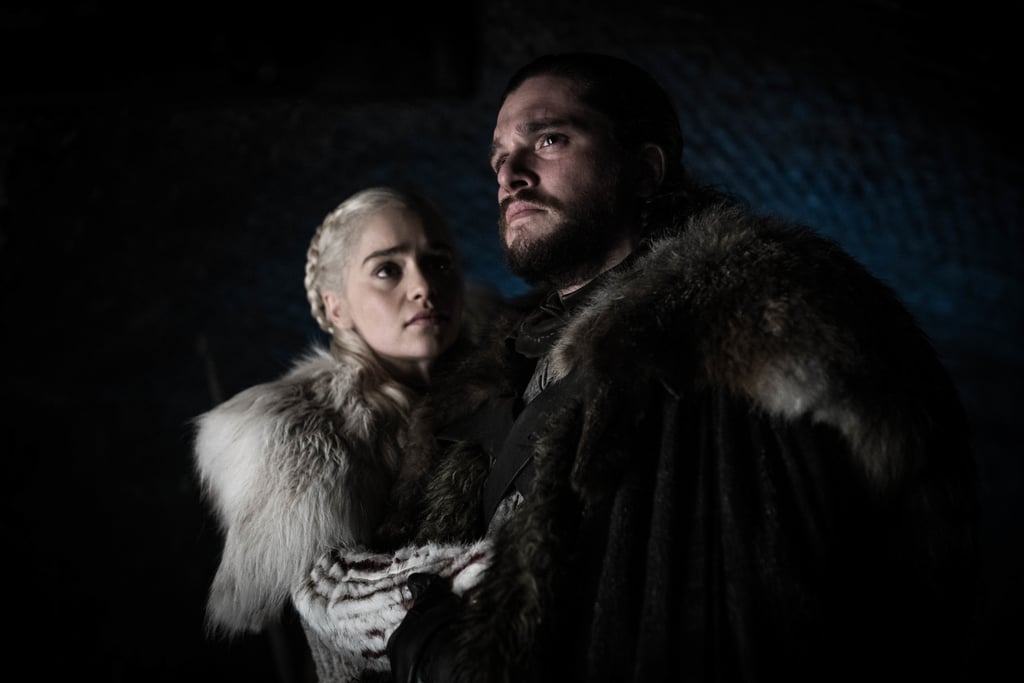 Game of Thrones isn't messing around in its final season. We're only two episodes into the final season, and already, the biggest piece of information has been revealed to the people it affects the most. In the season premiere, Sam is able to tell Jon the truth about his parentage: that he's not Ned Stark's bastard son, but the legitimate heir of Rhaegar Targaryen and Lyanna Stark — making him, technically, the rightful king. Rather than letting the secret stew, Jon shares the revelation with his girlfriend (and aunt, yikes) Daenerys only an episode later. As the duo wait for the battle against the White Walkers to reach Winterfell, Jon decides this is a great time to tell Dany that he's actually Aegon Targaryen, her nephew and now a huge threat to her claim to the Iron Throne. Seriously?!

Jon has always been one of the most decent and honourable characters on the show, which has, often, translated into a dangerous lack of social strategy and awareness. That's already gotten him killed once, when his "brothers" at the Wall turned on him and murdered him. Even this season, he's shown himself to be somewhat surprised that not everyone is embracing Dany or that the Northerners aren't thrilled he gave up his crown. On top of that, he has yet to see firsthand how singleminded and cutthroat Dany can be. He's seen her as a stern queen to negotiate with and in a romantic context, but he's never seen the woman who has burned (often literally) anyone who stands in her way. For Jon, it's about being honest and honourable, but he probably didn't even consider the negative possibilities of how Dany might react.

So what's next, now that both Jon and Dany know the full extent of their shared heritage? One solution has already been floated out there by some of their advisors, although those advisors didn't know that Jon and Dany were related when they discussed it: marriage. Targaryens aren't fazed by the idea of marrying relatives, so in the world of Westeros, there's the possibility that they could decide to just unite their claims into a single, almost unbeatable argument for the throne. But this is Game of Thrones and nothing ever ends simply and happily. More likely, this revelation will drive a wedge between the couple, with Jon horrified by the familial connection and Dany angry because Jon, as a male heir, can stand in the way of her throne (or that others might prefer he did). Even if they can hold it together long enough to fight off the White Walkers with their alliance, it seems pretty likely that Jon and Dany's story is not going to have a happy ending.

Game of Thrones fans have a LOT of feelings about Jon's big reveal, too. Read on for some of Twitter's hottest takes on this latest revelation, and what it could all mean.