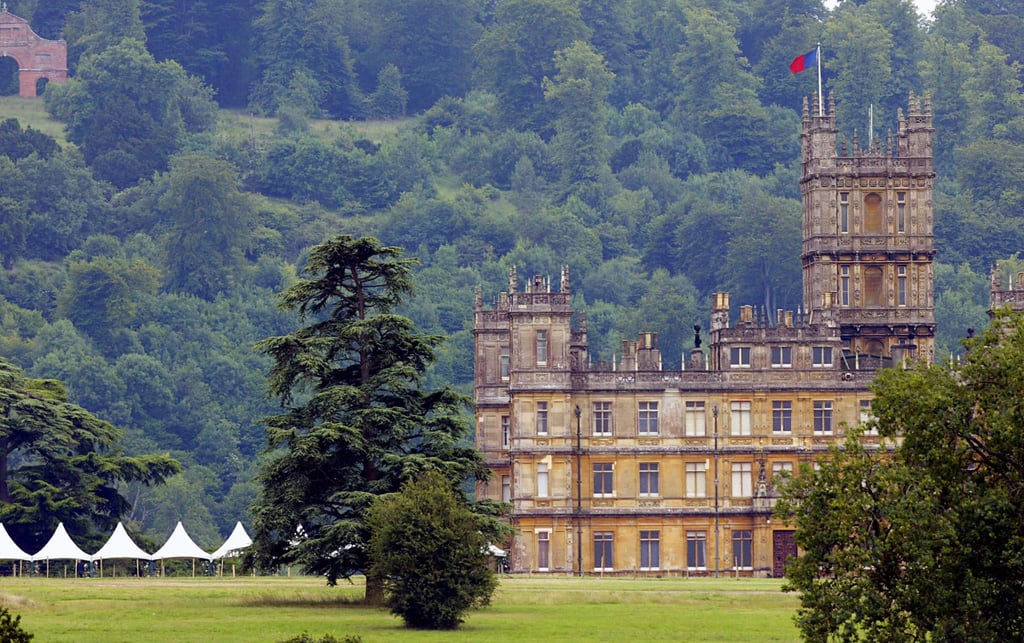 The critically acclaimed period drama "Downton Abbey" is arguably one of the most influential television shows of the 2010s. The series, which made its premiere in 2010, has a total of six seasons, one feature length film, and a second film hitting cinemas on May 20. The spinoff film, "Downton Abbey: New Era," follows the noble Crawley family as they embark on a new journey outside of their countryside home of Downton Abbey to southern France after Crawley matriarch Violet Crawley, Dowager Countess of Grantham, (Maggie Smith) inherits an estate from a man unknown to the family. Though the film diverts to France, the infamous Downton Abbey estate will remain front and centre as Lady Mary Crawley (Michelle Dockery) welcomes a group of ambitious filmmakers to use the home as a backdrop for their latest movie.

Downton Abbey in real life is the historic Highclere Castle, located in the Hampshire county of England, about 66 miles west of London. The original castle traces its roots back to the 700s, but it wasn't until 1842 that Sir Charles Barry, responsible for the design of London's Houses of Parliament, resigned the building and turned it into the grand structure we know today, according to the official website of the castle. Highclere Castle is currently owned by George Herbert, 8th Earl of Carnarvon and his wife, Lady Fiona.

The beautiful castle is a foundational staple of the show, serving as the home base of the Crawley family, and has since become a popular tourist attraction for fans of the beloved series. Here are some pictures of Highclere Castle, home of "Downton Abbey."