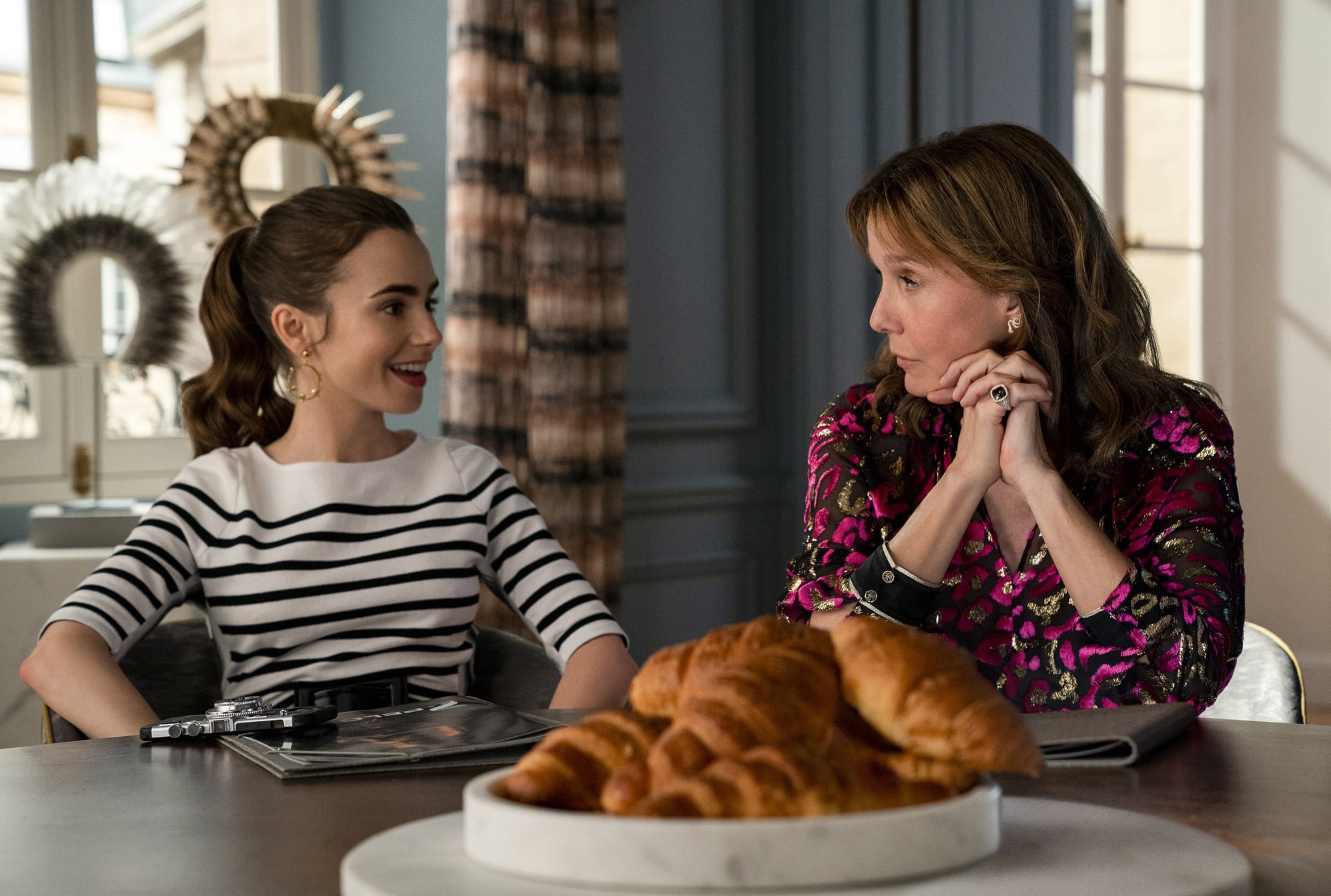 Throughout season one of Netflix's Emily in Paris, Emily (Lily Collins) slowly wins over her French boss at Savoir, Sylvie (Philippine Leroy-Beaulieu). The regal marketing executive who holds her cards close to her chest starts to see potential in Emily, leading viewers to believe that the show's second season would open even more doors for them. That's exactly what happened when Emily in Paris season two dropped on 22 Dec., giving us more insight into Sylvie's life, including her relationships.

One of the biggest bombshells Emily discovers about Sylvie this season is that she has a secret husband. While Emily's on a weekend away in Saint Tropez, she finds herself at the Laurent G beach club and stumbles upon a picture of a younger Sylvie on the wall. It's not until later that she actually bumps into Sylvie in the beach club, canoodling with the owner himself, Laurent (Arnaud Binard). Sylvie ever so casually tells Emily that Laurent is her husband, and Laurent later tells Emily that they've been together for more than 20 years. He also lovingly shares that back in the day, Sylvie would stay up all night and sleep all day and always carried a bikini in her purse. But she wanted a career, so she went to Paris. Despite Sylvie leaving, the two decided not to divorce.

Sylvie and Laurent clearly have some sort of arrangement, though, because when she calls on him to come to Paris toward the end of the season, he seems unfazed to find Erik (Søren Bregendal) scantily clad from a night of fun. Even with Sylvie's dalliances, Laurent shows no signs of wanting to separate. Sylvie had called him to Paris to sign over her shares of the beach club (which she still co-owned), so she could use the money to start her own marketing firm. But when the topic of divorce comes up, they decide they've done enough paperwork for the day.

It looks like these two will be together a little longer, albeit with different lives in totally different cities! It'll be interesting to see what else the show has in store for them.