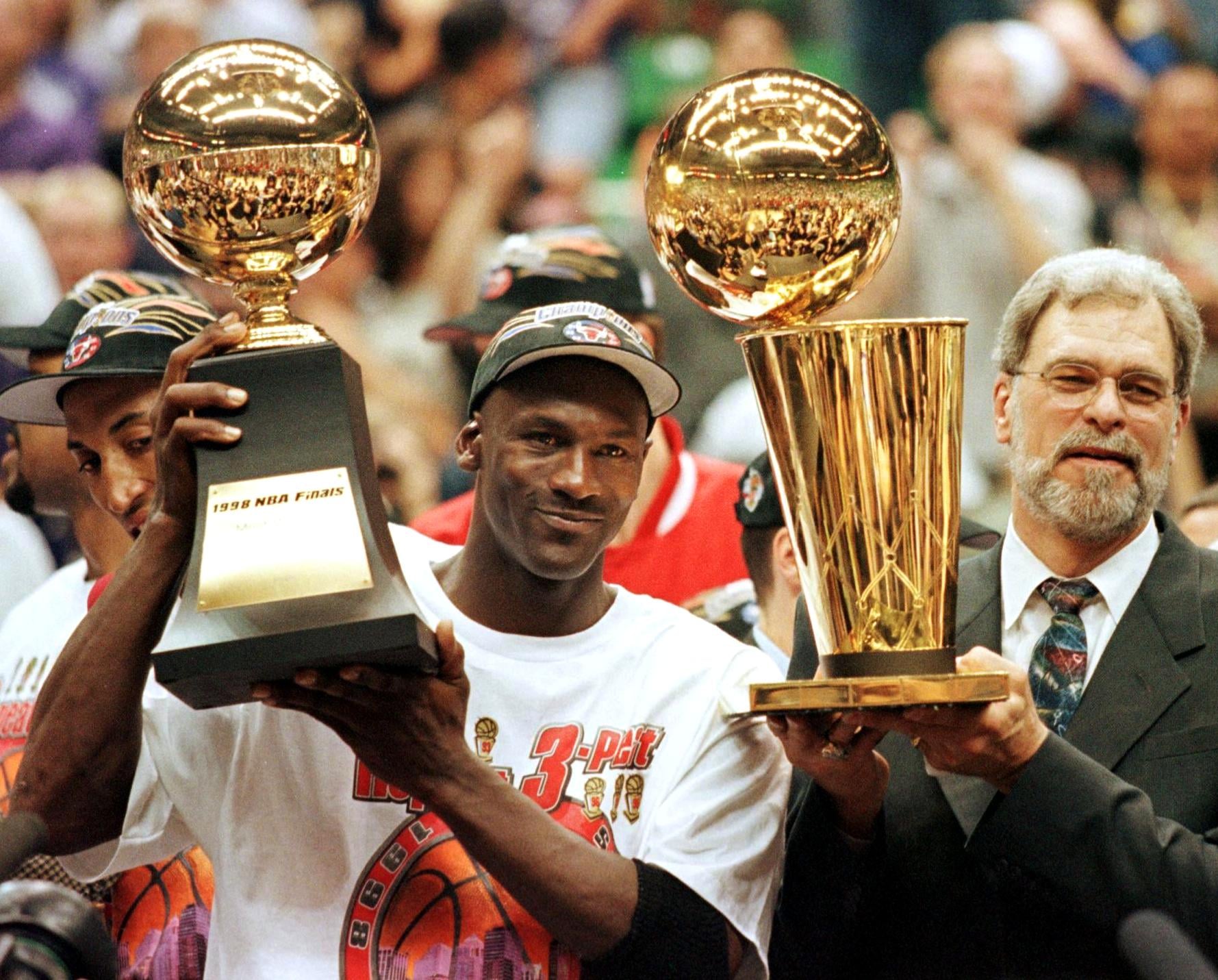 It happens just a minute into the final episode of The Last Dance. It's 1998, and the Chicago Bulls are in the NBA Finals. Michael Jordan is absolutely jamming with his headphones on (and plugged into a Discman) while boarding the team bus, complete with shades blocking his eyes. Someone on the bus asks him what he's listening to, and a very excited Jordan replies: "Kenny Lattimore. Brand new. Not even out yet. He's a friend of mine."

The moment in question spawned an entire Twitter account called @jumpmanjamming, dedicated to memeing the moment with a variety of songs matched up to the clip. But if you want to watch the clip with the actual Lattimore song playing, you need to queue up "Days Like This" from his From the Soul of Man album, which was released later in 1998. After viewers took to Twitter to find out just what unreleased song Jordan was jamming to, Lattimore himself provided the answer.

In 1998 I sent Michael Jordan an advanced copy of my “From the Soul of Man” album. Who knew “Days Like This” was his pre-game hype song though. 😆 #TheLastDance #RealR&B

The @jumpmanjamming Twitter has provided near-endless meme-ery though, by allowing Jordan to dance to everything from Doja Cat to Kanye West and even the Spice Girls. Naturally the account already has over 45K followers anxiously waiting to see what Jordan might jam to next, but perhaps none of them will hype the basketball star up quite as much as Lattimore did in 1998. With the help of Lattimore's music — and the rest of the team — Jordan led the Chicago Bulls to winning the NBA Championship and won himself the MVP trophy. You can catch the full Last Dance docuseries on demand or the ESPN app now, and streaming on Netflix on July 19. In the meantime, rock out to Kenny Lattimore's "Days Like This."