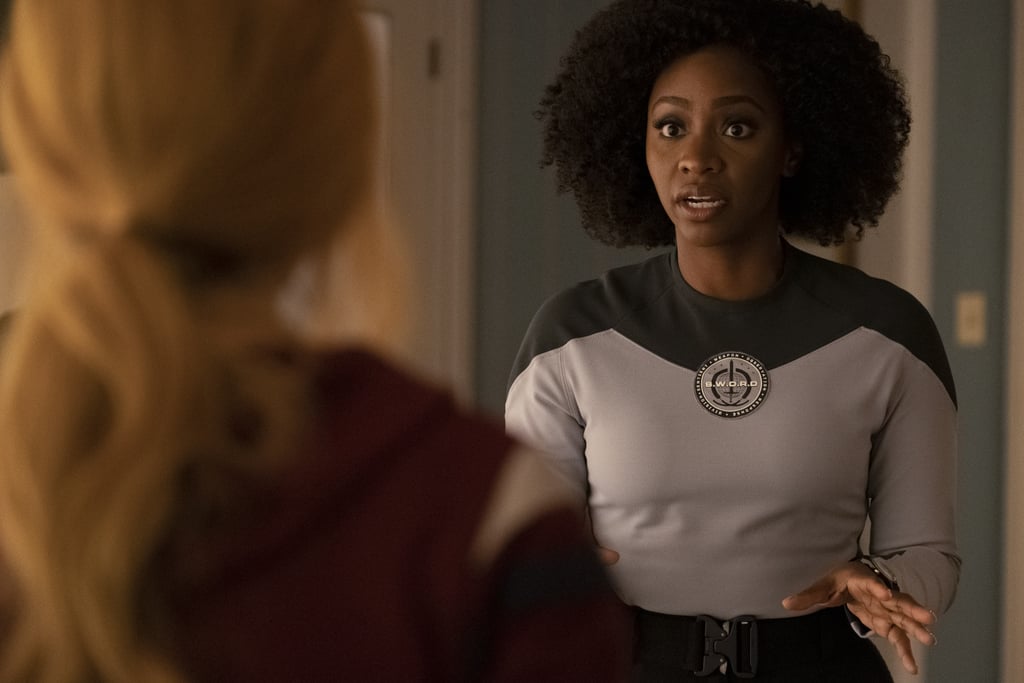 After Agnes interrupts Monica's confrontation with Wanda, the S.W.O.R.D. agent gone rogue is seen poking around the (then-revealed) witch's yard. She spots the door to the storm cellar and, despite being in this very predicament because she charged into a situation without thinking it through, opens it. We don't see very far into the basement, but we can see roots along the walls and a purple glow emanating from inside. Before Monica can investigate further, she's surprised by Evan Peter's "Fietro," as Agatha calls him in episode eight, who hasn't been around since Wanda blasted him during the Halloween events in episode six. Pietro tells Monica that "snoopers gonna snoop" as a purple glow takes over her eyes.

Since we know Pietro is Agatha's stooge, we can only assume he's been guarding her house. The obvious theory is that he'll bring Monica to the witch for trespassing, which will lead to some kind of confrontation. But even with her new abilities, Monica isn't ready to go up against a witch like Agatha. That's a duel better suited for Wanda. And there's still Hayward to contend with . . . maybe that's who Monica will be dealing with at the end.