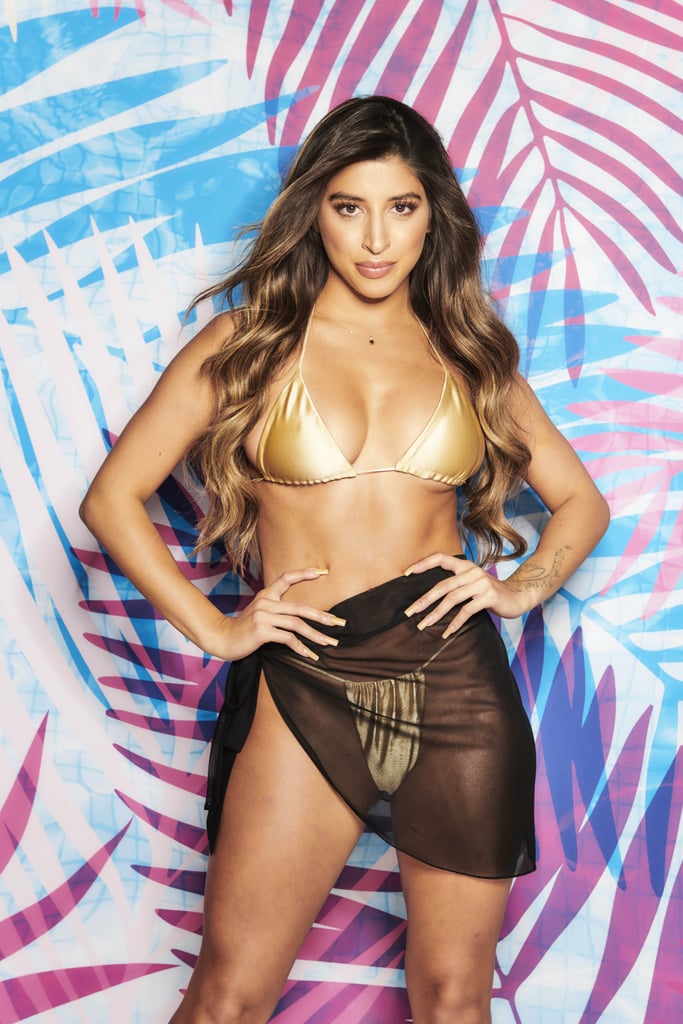 The cast of this year's Love Island series has had fans of the show incredibly excited for the sizzling dating show to return — for more than one reason. Firstly, the unfortunate cancellation of last year's series, as a result of the coronavirus pandemic has meant that viewers were eagerly awaiting news of the show's return, which was announced back in March. Secondly, news that the iconic Love Island water bottles would be revamped, had fans surprisingly keen to visit the Love Island shop to purchase the updated bottles (in fairness, the bottles do look good). Finally, being introduced to the contestants themselves has taken fans' excitement levels up a serious notch.

However, there's one contestant in particular that everyone seems to be talking about: Shannon Singh. One of the show's first Indian female contestants, Singh's participation in the show has resulted in a lot of commentary on Twitter, mostly from the platform's South Asian community. The concept of positive representation has been called into question, too, because of the Sikh religion that Singh's surname is associated with. Traditionally, the Sikh religion advocates for Sikhs to avoid cutting their hair, eating meat, and culturally, it's frowned upon to show too much skin. As a result, Shannon's past as a glamour model has raised some questions on Twitter about whether or not using the surname is disrespectful and whether or not her entering the villa will cause some problems.

That said, being the first female Indian contestant to join the show's primarily diversity-less cast has also resulted in some positive reactions from fans, already prepared to root for her and support her journey. Personally, I'm a strong believer in the fact that your religion, heritage, or culture doesn't have to define you, and I'm looking forward to seeing a different type of representation on screen, perhaps one that I — as a young Sikh woman growing up in the western world who doesn't consider themselves to be greatly religious — can relate to a little more than some of the other cast members. Thankfully, I'm not the only one who feels that way, and a number of young South Asian women on Twitter happen to agree.

Read on to see what fans of Love Island had to say about Shannon Singh joining the villa.

Netflix
Micheal Ward Is Back on Our Screens in Netflix's New Film, The Beautiful Game
by Navi Ahluwalia 10 hours ago