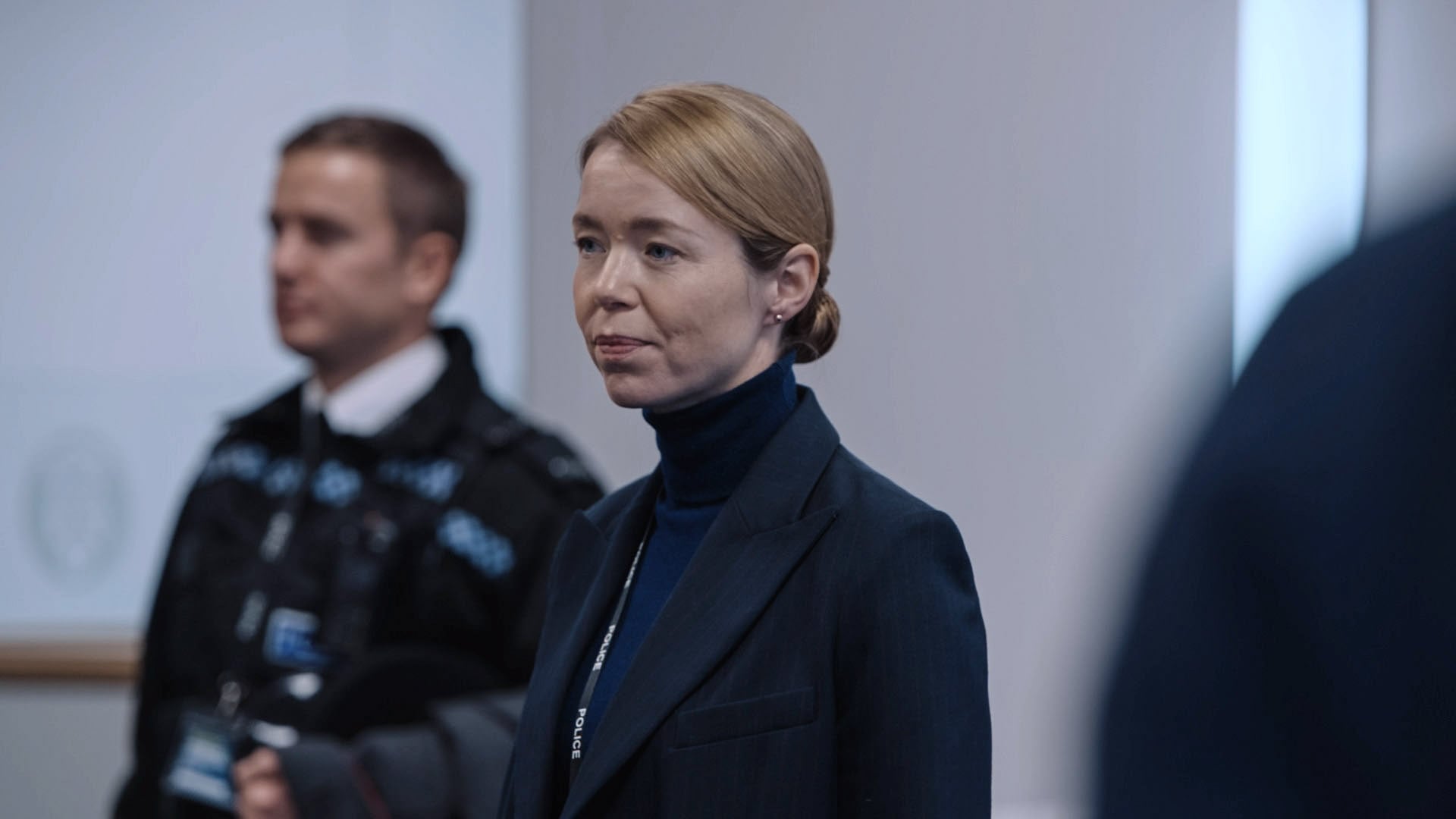 On Sunday, Detective Chief Superintendent Patricia Carmichael (Anna Maxwell Martin) made a sweeping return to episode 5 of series 6 of Line of Duty. With her very own brand of quietly malevolent confidence, and haughty, supercilious antagonism, she is certainly a force to be reckoned with. Clearly blazing a path as a character viewers will love to hate, this isn't the first time DCS Carmichael has appeared in the show. If you are in need of a recap, here is everything you need to know about the character and her previous appearances and what her reappearance may mean for the future of the series.

DCS Carmichael first coolly and calmly appeared in Line of Duty during series five, when as head of AC-3, she was drafted in to act as an independent investigator into the potential corruption thought to be perpetrated by Superintendent Ted Hastings (Adrian Dunbar). She is known to be an experienced anticorruption officer, who achieved her very senior rank at a young age, with the implication that she had been fast-tracked to the position along the way to become the head of her anticorruption department at East Midlands Constabulary.

Returning to the ever complicated plots that LOD is famed for, during series five, corrupt senior legal counsel Gill Biggeloe (Polly Walker) — who was on the payroll of the Organised Crime Group (OCG) — went all out to frame Hastings for a number of wrongdoings. Flanked by her two sidekicks, DI Michelle Brandyce (Laura Elphinstone) and Sergeant Tina Tranter (Natalie Gavin), DCS Carmichael arrived in series 5, episode 5, determined to charge Hastings with the offences Biggeloe had set him up for. With the ability to terrify a room into silence with one quietly menacing sentence, Carmichael made her capacity to rule with an iron rod quickly known, and wasted no time in dismissing both DS Arnott (Martin Compston) and DI Fleming (Vicky McClure).

It was through DCS Carmichael's interviews with Hastings that viewers learnt about the Gaffer's connection with John Corbett and his mother Anne-Marie McGillis, the latter of whom was acting as a police informant when Hastings was a PC in Ulster, during the '80s. Carmichael successfully managed to get Hastings to admit to a "relationship", which he maintained was platonic and which she unabashedly pressed for him to admit otherwise. Having reduced Hastings to a quivering wreck during the interview — no mean feat, of course — Carmichael was forced to drop the serious allegations made against him when Fleming and Arnott managed to figure out that it was Gill Biggeloe who had been acting as part of the "H" quadrant (the third member to be identified), and she was packed off to witness protection presumably after passing on all information she knew about the OCG in return for immunity. 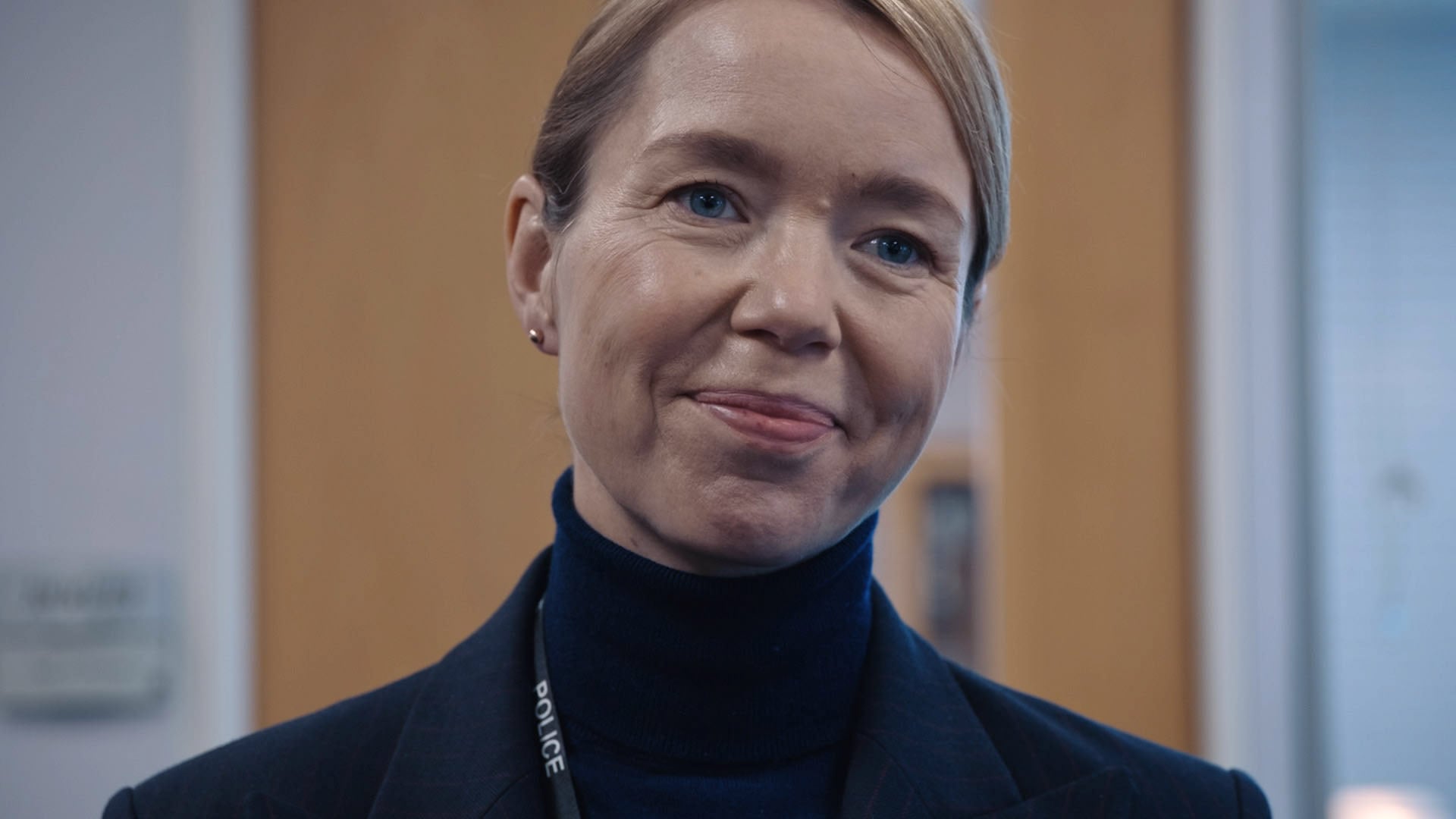 The Biggeloe bombshell forced Carmichael to drop the case against Hastings, with her hardened exterior momentarily dented when it transpired that one of her own team, Tranter, was bent when she attempted to murder Biggeloe in the toilet to silence her. We are left to believe that being forced to drop the Hastings case under duress, and having a bent team member, would have been a huge embarrassment to Carmichael and that she still truly believed Hastings to be corrupt. She has now been summoned back to AC-12, smirking like a Bond villain, due to its potential disbanding and merging with other units. The level of swagger she exuded when she arrived into the AC-12 offices suggests that she may be in line to take charge of the newly formed anticorruption unit when Hastings begins his enforced retirement. She certainly wasted no time in cancelling all of his carefully placed surveillance (which could have some serious implications for Kate) and started banging on about budget cuts, certainly as if she were in charge of the place. Only time will tell if she is now at the helm of anticorruption and why she has been given the job.

As an interesting nugget of information, rising Twitter super sleuths are already calling Carmichael out as the final missing piece of "the H four". Her rapid rise through the ranks has set minds whirring that it was the result of corrupt connections within the force with viewers quick to note that she appears mightily rushed to get on with shutting AC-12 down, despite Hastings's protests that they are inches away from bringing down the central bad guys they've been tailing for years.

Another theory points to a line uttered by the other bent legal counsel, Jimmy Lakewell (Patrick Baladi), when he cryptically told Arnott "look deeper into the race claim", to find a motive for Gail Vella's (Andi Osho) murder. This currently means nothing to a baffled Arnott, but Twitter sleuths have deduced that "race claim" is an anagram for "Carmichael", with just one letter missing — "H" (although, he could have also been alluding to the death of Black architect Lawrence Christopher, who was murdered by a white youth gang, a crime that was subsequently mishandled and covered up by the police). We'll be interested to see if this latest instalment of home detective work will come true.