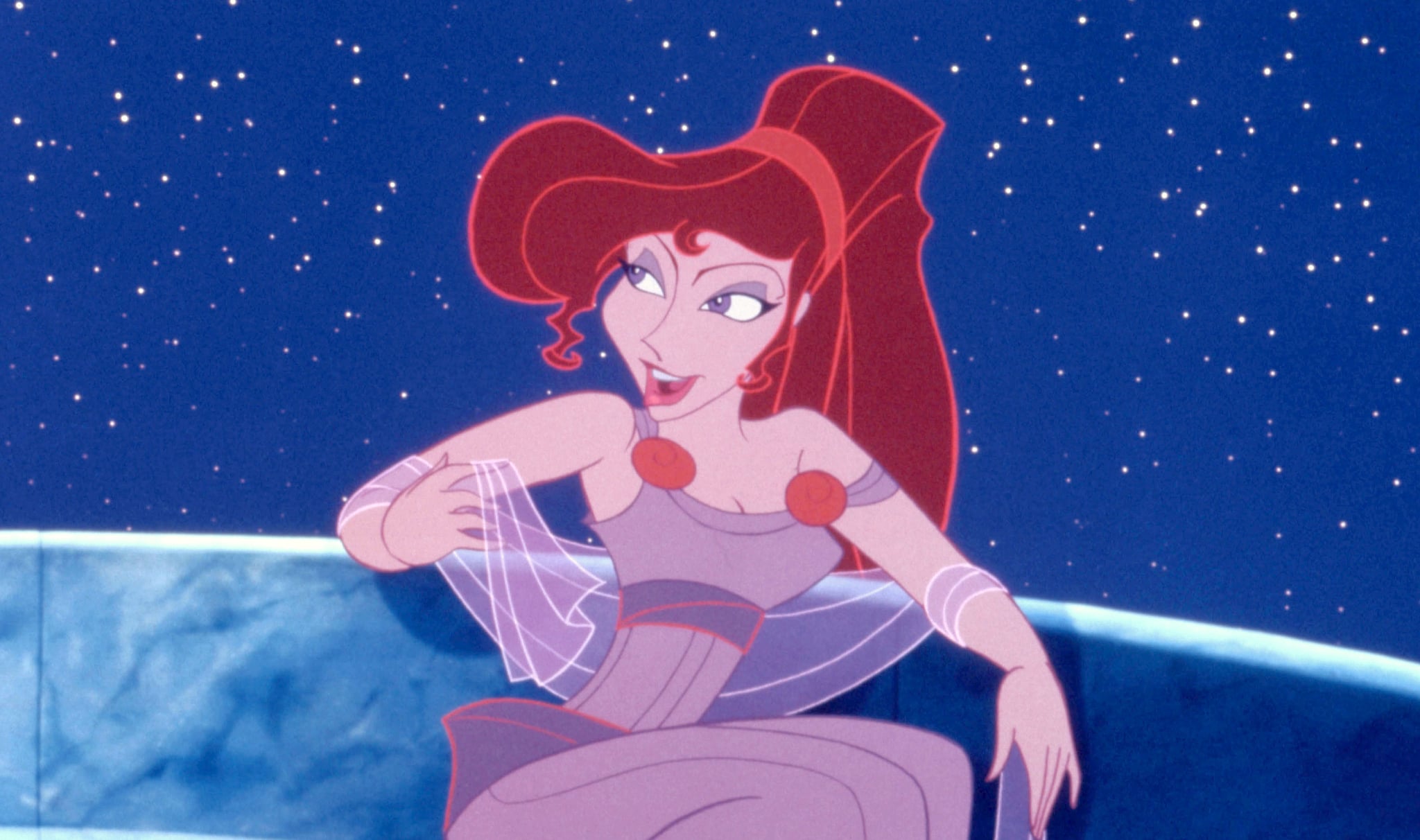 Anna rescues her sister, Mulan saves China, and Moana restores balance to the world. Yet as the news of a Hercules live-action movie hits headlines, I'm reminded that one of my favourite female Disney characters is Megara, the woman who literally sold her soul to the underworld god for a guy. Meg, wonderfully voiced by Susan Egan, is far from a role model or feminist icon. But she is one of the richest, most developed characters in Disney's library, one who we don't talk about nearly enough.

Meg steals scenes in Hercules with her magnetic presence. Based on screwball comedy actresses from the 1940s, she has beautiful allure. It's hard to forget her voluminous Fran Drescher hair, smoky eyeshadow, and berry lip. And let's be honest, "I Won't Say (I'm In Love)" is an earworm, recently relaunched into the pop culture stratosphere with Ariana Grande's silky smooth cover. Egan's original ballad is a classic, hitting the sweet spots of her dulcet, memorable tone.

It's Meg's personality that immediately distinguishes her from a legacy of earnest Disney princesses. The film loosely bases her off of Megara, Hercules' first wife (Heracles', for cultural accuracy, though the film is far from faithful to Greek mythology). She's sarcastic and carries herself with an air of listlessness. I loved her the moment that she introduced herself — "Megara. My friends call me Meg. At least they would if I had any friends." She's a woman of the polis!

The choices that she makes matter above everything else. Meg's most important lines take place when she's fighting off the centaur named Nessus. While Hercules swoops in, she tells him, "I'm a damsel. I'm in distress. I can handle this. Have a nice day." From the get-go, Meg articulates her desire to be an agent of her own fate.

Meg makes things happen for herself, not waiting for a Prince Charming to come by. After all, she chases Hercules, overtly eyeing him and his rippling pectorals throughout the film. If it's not so blasphemous to say so, Meg is one of the most sexually confident Disney characters. Right before the "I Won't Say (I'm in Love)" sequence, she shamelessly flirts with Hercules, suggestively talking about her weak ankles. She even gives him a casual pet name — Wonderboy.

That's not to say that Meg's an evil seductress, which is a stereotype just as damageing as the passive princess. She's morally compromised, of course. Indebted to Hades, Meg leads Hercules straight to Pain and Panic, who pose as innocent boys. Her motivation for doing so is complicated. She had sold her soul to Hades to save her unfaithful lover, so helping Hades and his unsavory plans would earn her freedom. Still, Meg has a change of heart because of her feelings for Hercules. She sacrifices herself and saves him from a crashing pillar. This breaks Hades' contract, which stipulates that Hercules would recover his godly strength should Meg get hurt. That's Meg's power — not brute strength, but love.

It's easy to write Meg off as a lovesick fool, a woman who would do anything for a man. But she's no passive victim of love. She makes active choices because of it, selling her soul and risking her life. All of her decisions were hers to make in the name of love. It's only fair to say that she's the other hero in Hercules — and that's the gospel truth!