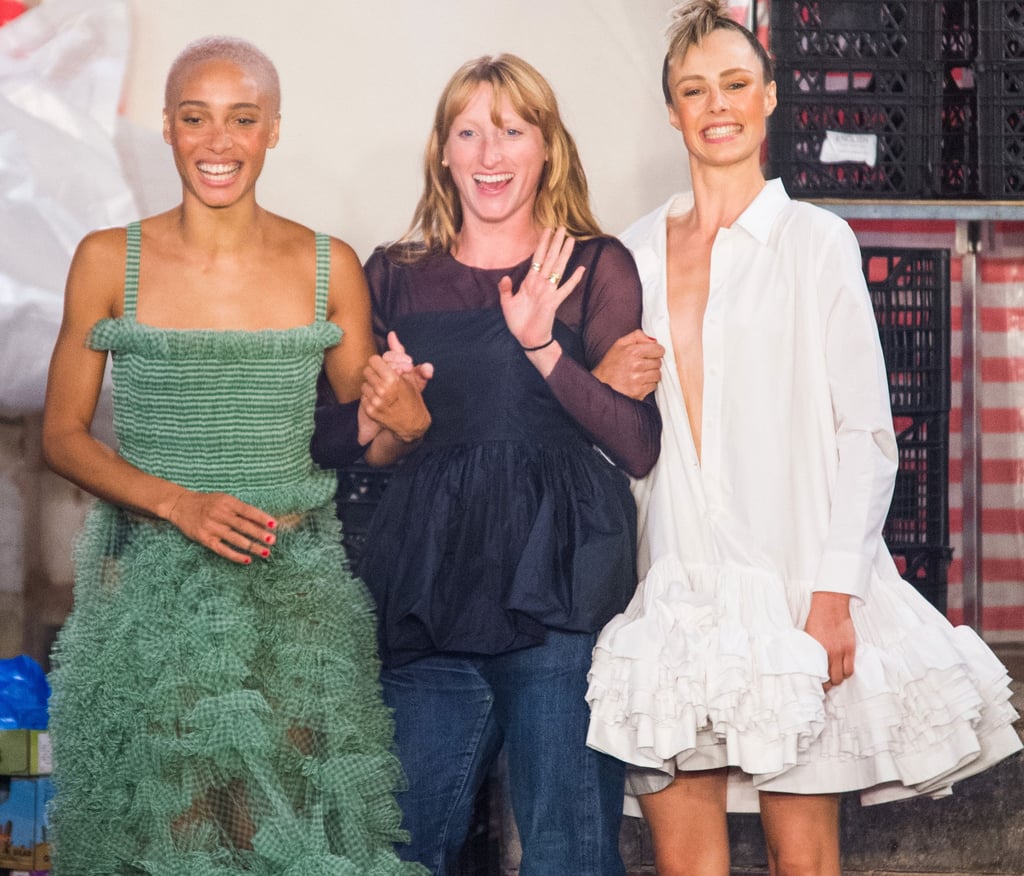 You'll Be Killing Eve, and Everyone Else, to Get Your Hands on Molly Goddard's Spring Collection

Molly Goddard has been the fashion girl's go-to for a few years now, but the designer was introduced to the mainstream in a big way this year when one of her most iconic dresses — a giant bubblegum pink tulle design — made an appearance in the BBC drama Killing Eve. The Emmy-nominated show hasn't even aired in the UK yet, but already images of Jodie Comer sporting the voluminous dress with a pair of Balenciaga boots are making waves, and it made Goddard's London Fashion Week show even more of a hot ticket this season.

Unsurprisingly, she used this opportunity to take her look to new levels. That trademark tulle was still there but Goddard chose to experiment with other feminine fabrics too: gingham, ruffled cotton, floral chiffon, and even some wet-look sparkle. As ever, the designer chose unexpected silhouettes to add a modern edge: there were "glamorous grandma" housecoats, boxy cotton smocks, and ruffled trapeze dresses. However, these soon made way for crop tops, plunging necklines, and completely sheer pieces that added some unexpected sex appeal. Model of the moment Adwoa Aboah closed the show, dressed in — what else — a mint green tulle creation that Killing Eve's Villanelle will be adding to her wishlist faster than you can say "give Sandra Oh that Emmy". See it for yourself ahead.