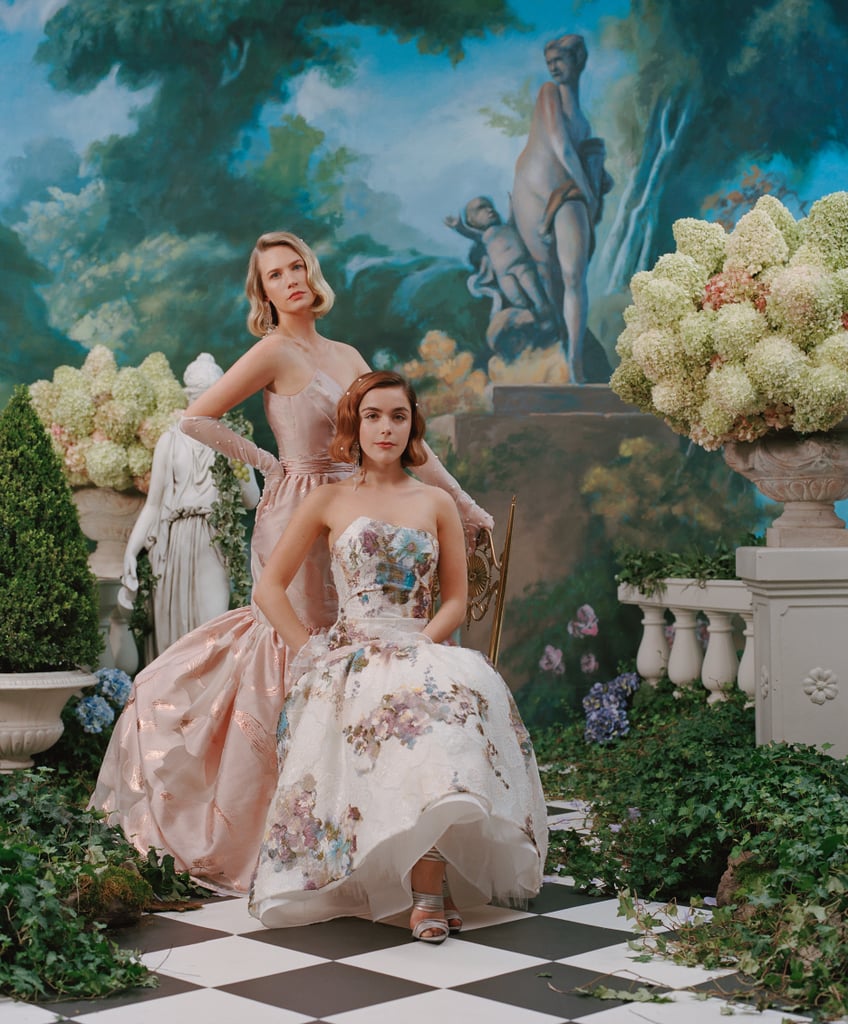 Rodarte's campaign for its Spring 2020 collection is one big stylish pop culture yearbook. This week, the designer duo released photos for its upcoming collection and its not only filled with the brand's signature, stunning gowns, but today's biggest celebrities turned the campaign into a breathtaking work of art. January Jones and Kiernan Shipka had a chic and very on-brand Mad Men reunion, Lili Reinhart posed with an adorable puppy, Gabrielle Union glowed in a tulle gown, and those are just a few of the big names in the campaign.

British Celebrities
By 2030, H&M Will Only Use Recycled Materials, and Maisie Williams Is Making Sure of It
by Kara Kia 2 days ago