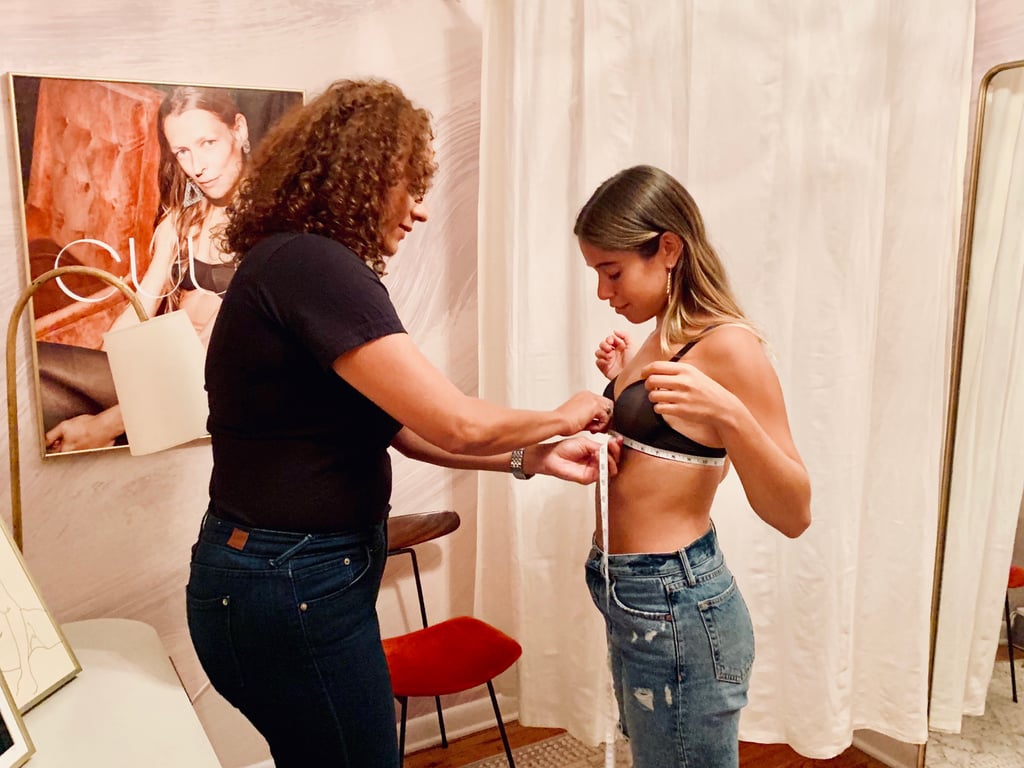 I Just Saw a Bra "Therapist," and My Boobs Are Forever Grateful

I had fully given up on wearing a bra, and apparently I'm not the only one. "A lot of women tell me that," Tania Garcia, lingerie brand CUUP's own "bra therapist," said knowingly during my fitting. "It's so sad, because it may just be that they don't know what size they are." We both agreed that finding a bra that's comfortable and supportive of what you've got can be the foundation for a great outfit — and a confidence booster, too!

I had been "fitted" for a bra at the Victoria's Secret in my mall — when that was considered as cool as going to the movies without parental supervision — but I had never seen a bra therapist before.

To be clear, I mostly stopped wearing a bra because I have zero shame in my small chest and actually love to create outfits with backless tops and plunging necklines. I think it's great that I can embrace my body type rather than pining for one I don't have, and I do feel confident in my own skin. Bras just became less important to me through the years, but perhaps that's because I didn't know how to appreciate them or, frankly, how to even wear one the correct way.

I had been "fitted" for a bra at the Victoria's Secret in my mall — when that was considered as cool as going to the movies without parental supervision — but I had never seen a fit expert before. In my one-hour session with Tania, I learned so much. Right off the bat, she could tell I wasn't a 32A like I thought I was. "I know it's scary, because that's the only bra size you own," she said, as I tried on a 32A for reference and she showed me how much extra space was in the back when she lifted the band — enough to fit both of Tania's hands!

Tania told me that a lot of women mistakenly start wearing their bras on the tightest hook. I vividly remember my mom standing in front of me as she got dressed in the morning before work, asking me to cinch "all the way in." But Mama Wasz was wrong! You shouldn't be on the last rung of your bra until it's been worn for a very, very long time and it's becoming stretched out. When you start wearing a new bra, the band should be as loose as possible, according to Tania. Mom! Look at how complicated you've made my life! (Just kidding.)

Once Tania measured right underneath my bust and across the cup, she suggested I try a 30B. "No way, I am not a B," I assured her. But as soon as she hooked me in, I was speechless. I felt supported for the first time in my life (physically; my boyfriend does a great job emotionally). The underwire wasn't digging into my skin or pinching me under my arms. I had way more coverage across my full breast, from top to bottom, and I liked it that way. Instead of protruding out of an A cup, this new B cup was giving my boobs a nice, warm hug. It was awesome.

CUUP offers five different bra styles — The Balconette, The Demi, The Plunge, The Scoop, and The Triangle — all with flexible, formfitting underwire. The bras go up to a size 38H, and the company is planning on expanding even more, which is extremely important to me. I love wearing a lingerie brand that is inclusive. I eventually decided on The Scoop in the above Clay colour, but I tried on every silhouette in a 30B and felt good in all of them. If you love soft, sporty fabrics that feel like your favourite yoga pants, you'll probably be on team Scoop or Triangle, which is offered in an opaque, buttery microfibre (CUUP's softest material).

Before you get to shopping, it's critical that you read up on the following tips I learned from talking to Kearnon O'Molony, CUUP CEO, and Abby Morgan, CUUP CMO, who are two of the four CUUP cofounders. Your breasts will thank you like mine are thanking me. Though I may not wear a bra every day of my life moving forward, finally having the option to wear one that fits is cool. Like, cooler than going to the movies unsupervised with friends. Don't ya think?

Celebrity Style
Yes, The Duchess of Cambridge Has Mini Tennis Players All Over Her Dress — How Delightful Is That?
by Sarah Wasilak 1 day ago 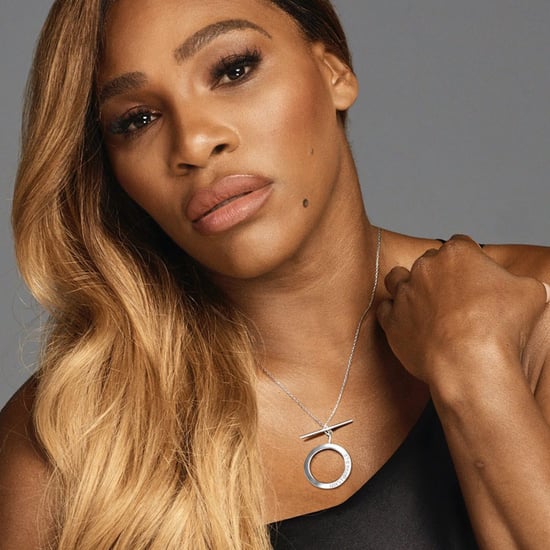