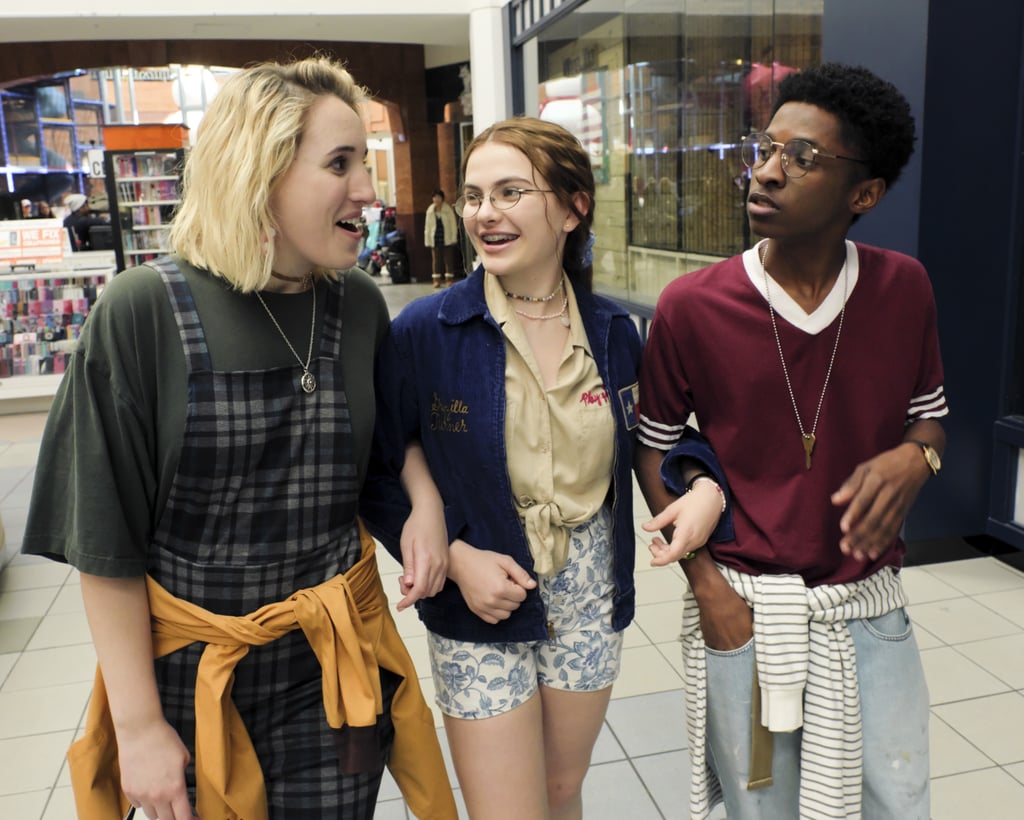 Freeform's latest psychological thriller Cruel Summer, produced by Jessica Biel, was filmed in Dallas, TX and takes place over the course of three consecutive years in the '90s. Starring Olivia Holt (Kate Wallis), Chiara Aurelia (Jeanette Turner), Harley Quinn Smith (Mallory Higgins), and Allius Barnes (Vince Fuller), the cast is stacked with talent and all of the actors share a deep understanding of who their characters are. They worked with costume designer Taneia Lednicky (who also assisted on Friday Night Lights, while we're talking high school storylines), to convey their personal evolutions from 1993 to 1995. The way these four kids process these trying, tumultuous years becomes so obvious through what they're choosing to wear — and the objects they leave to collect dust.

We talked to Taneia, along with all four stars of the show, about collaborating during fittings, somehow convincing them to answer the toughest questions we could think of. These run the gamut from "What's the most important outfit your character wears?" to "What did you steal from set?" and everyone was game to shed light on the designer details. Not only did we find out where Kate Wallis's blue furry bag is from (you know the one!), we were delighted to discover that most of Mallory and Vince's clothing was thrifted and Chiara couldn't stop herself from purchasing Jeanette Turner's Steve Madden wedges IRL.

Taneia chalks this group love affair with '90s fashion up to a symbiotic cast and crew relationship. "They generously helped create each year's looks and spent time considering the details that led us through each year. We would look at reference photos together. Sometimes they would send me ideas from things they had seen online. They kept me true to their characters!" she said. Ahead, find out just how in tune everyone was to the outfit details you might have missed.