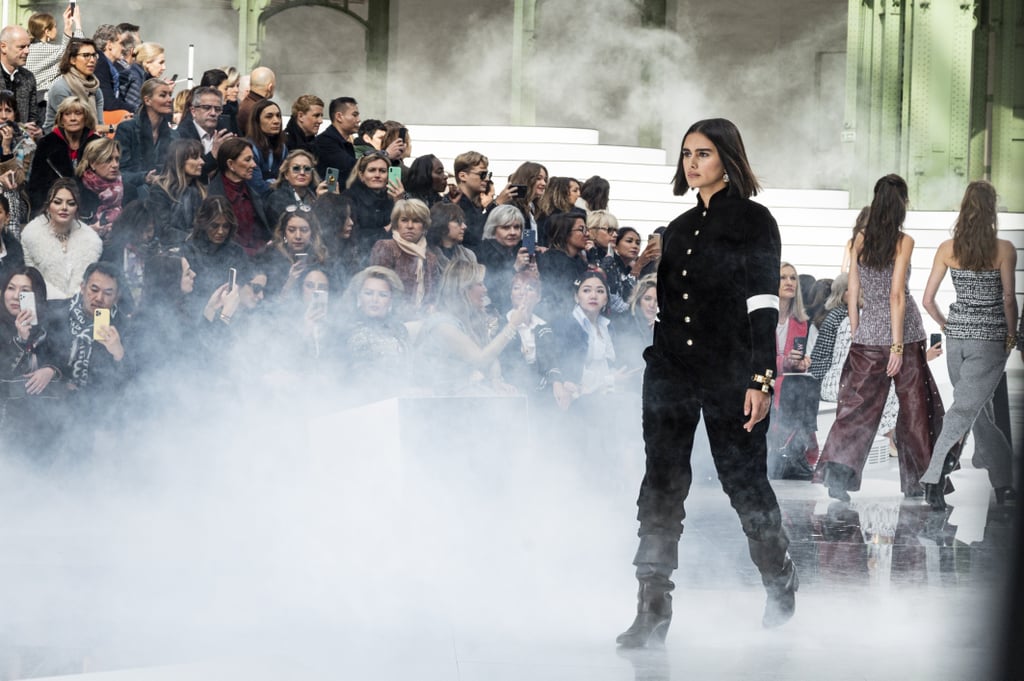 In many ways, Chanel's latest runway show beckoned the past. There were retro silhouettes, reimagined vintage designs, and even an homage to Anna Wintour's first-ever cover as Vogue editor-in-chief in 1988. And yet, it also took a long-awaited step towards modernity by featuring the first curve model to walk in a Chanel show in a decade, finally joining the contemporary design houses that have done the same.

"There's a much needed change happening on the runway."

"I can't believe this just happened," Jill Kortleve wrote on Instagram after modelling a refined look from the Fall/Winter 2020 collection. The 26-year-old Dutch model has previously walked for Fendi, Jacquemus, and Michael Kors. She was also the face of the Alexander McQueen Spring/Summer 2019 campaign. She added, "There's a much needed change happening on the runway and I'm proud and feel grateful to be a part of it. I truly hope that in the future I get to see and work with many more models who used to not fit the briefing."

The only other curve model to appear in a Chanel show in the history of the fashion house was Crystal Renn, who appeared in a resort presentation in 2010. It's worth noting that both models would likely not even be considered plus size by societal standards, however, this moment still represents some progress being made to upend the fashion industry's infamous lack of inclusion and diversity.

Related:
Jewellery Is Having a Moment on the Chanel Runway, and We Can't Look Away
Previous Next Start Slideshow
Fall Fashion 2020Curve ModelsFashion NewsRunwayModelsFashion WeekChanelParis Fashion Week