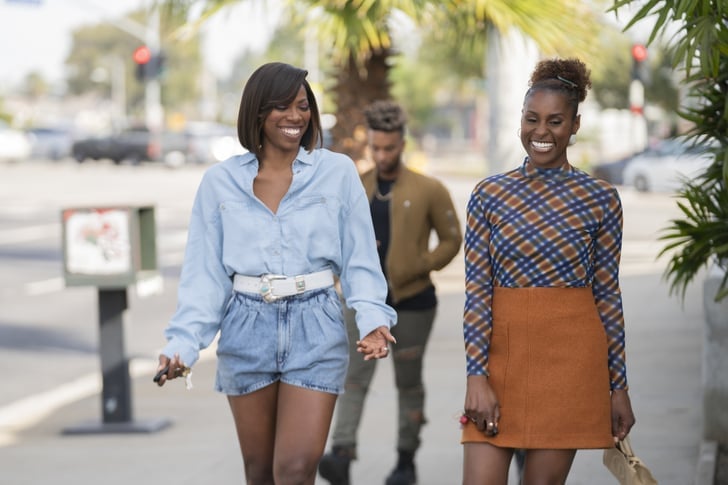 Issa Rae is not only the co-creator of Insecure but she acts as the lead character in the hit HBO show. In case you need a little refresher, the show centres around Issa's life as she deals with finding love, figuring out her career, and dealing with friendships in Los Angeles. With the start of season four, we decided to take a look back at Issa's style evolution throughout the show. Overall, Issa's wardrobe on the show is full of pieces that feature bold prints and colourful patterns. There are also a ton of vintage pieces like old Levi's acid-washed jeans, printed blazers, and political tees.

As the seasons progress, not only does Issa's character mature, but her style does as well. For season three, Issa tapped former fashion editor Shiona Turini to join the show as a costume designer after working with her on a shoot for a magazine cover. As Issa's character develops, you'll also notice a few changes with her wardrobe choices. Since Shiona joined the show, we've seen Issa's character wear a mix of vintage pieces with elevated ones from designers like Monse, Isabel Marant, and Acne Studios. Keep reading to see some of Issa's best style moments throughout Insecure ahead.

Celebrity Style
Kim Kardashian Bonded With Bridgerton's Nicola Coughlan Over — What Else? — Corsets
by Victoria Messina 3 weeks ago