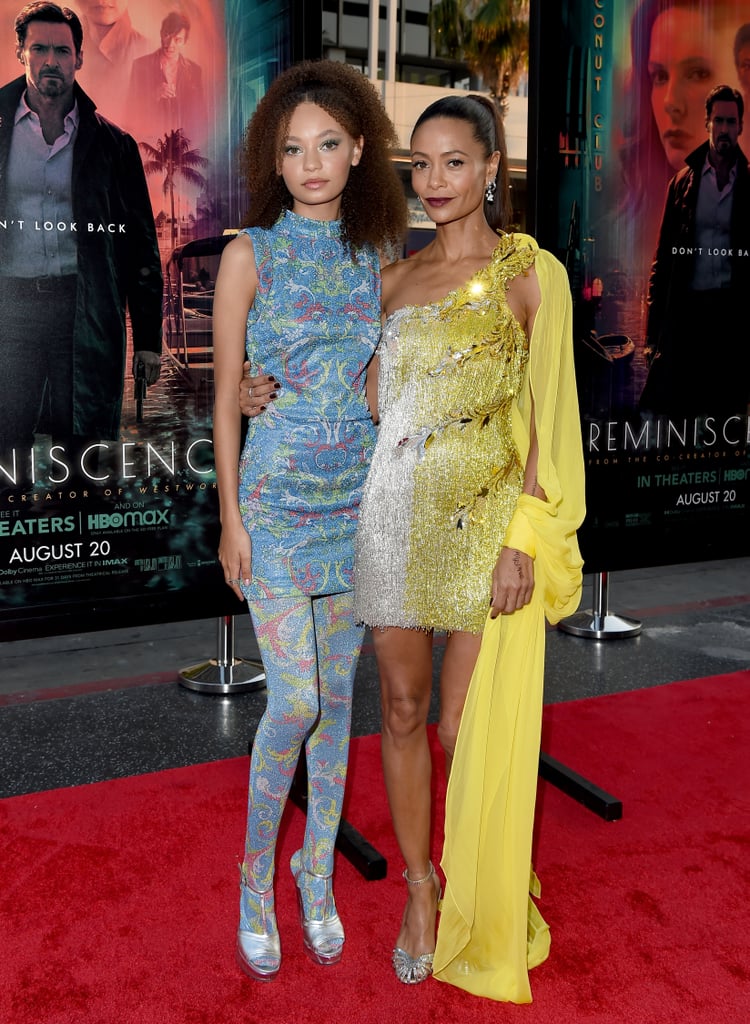 Thandiwe Newton's adorable daughter Nico Parker is following in her mum's footsteps. The duo attended the premiere for Reminiscence on Tuesday, 17 Aug., which is their first film together. To celebrate such an epic mum-daughter milestone, Newton and Parker both wore sparkling Versace minidresses on the red carpet.

Nico Parker's acting career is starting out strong thanks to her mama, and it seems that her red carpet style is also getting superstar guidance. To attend the premiere for Reminiscence, Newton wore a metallic, one-shoulder Grecian-inspired Atelier Versace minidress with a single yellow silk sleeve, and gold-and-silver fringe and vine details. Parker wore a sparkling blue paisley-print Versace minidress with matching tights from the brand's 2022 resort collection.

Reminiscence is Parker and Newton's first film together alongside Hugh Jackman and Parker's second-ever film following her starring role in Dumbo (2019). At 16-years-old, be prepared to see much more of Nico Parker on the red carpet, with her next upcoming series The Last of Us confirmed this summer by HBO.

Keep reading for a closer look at the Versace minidresses.