The scale doesn't tell the full story of our progress (or our worth!), but that doesn't mean we don't let it get to our heads. If you constantly weigh yourself, hoping to see the numbers go down, the insight Cheptoo Chirchir (Chep) shares about her physical and mental transformation will inspire you to ditch the scale for good. 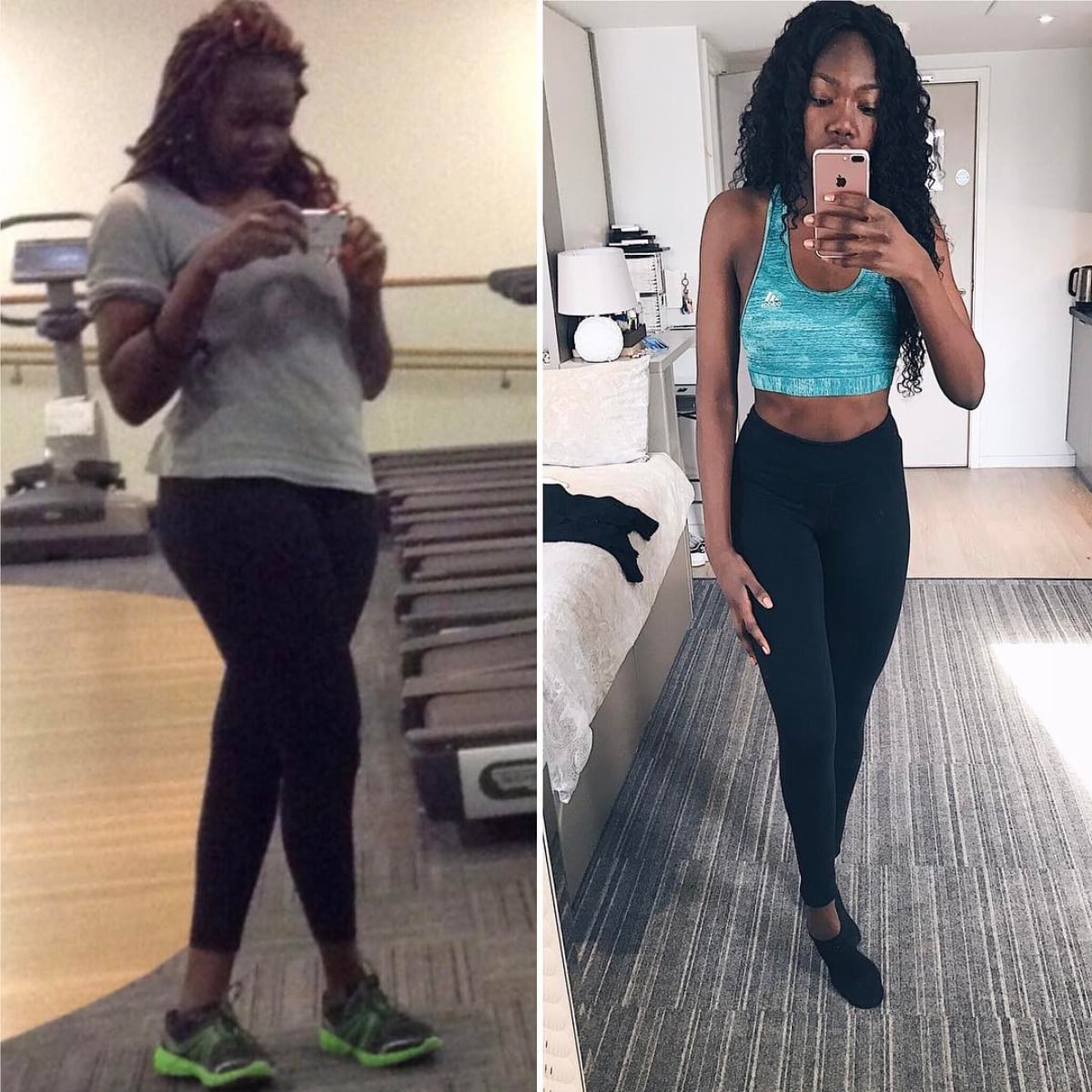 When Chep moved from Kenya to go to school in Leeds, England, she did what most college kids do: she ate out a lot. Chep told us that fast food and sweet treats were her weakness. "My jeans were getting tighter and my dresses weren't zipping up!" she told POPSUGAR. "I could honestly see the effects of what I was consuming reflect on my appearance." She ended up putting on 10 kilograms (over 22 pounds).

Chep finally had enough of fatty, sugary, greasy foods, and her weight-loss journey began in early 2014. She started researching how to lose weight and learned tips along the way. She started working out and worked her way up to an hour of cardio a day. Then she started incorporating other workouts. "When I began seeing the weight drop, I was eager to do more, and that's when I began chasing weight loss," she said. She ran more and ate less.

Related:
Why It Took Me 5 Years to Lose 40 Pounds — Don't Make These Mistakes

Chep says she was never satisfied and just always wanted her weight lower and lower. She ate very small portions and would incessantly worry about the weight she'd gain from what she was eating, even though the foods were healthy.

She did enjoy the long runs, but at the same time, as her journey continued, Chep realised that the pressure and endless need to want a lower number on the scale became too much. As you can imagine, constantly chasing weight loss became mentally draining for her.

This went on until about two years ago, when Chep continued doing research and learned that as long as you keep your body moving and stay active, which is what she loves to do, weight is just a number and is in no way related to who we are. She shifted her thinking when she realised that it's not all about our physical appearance, but primarily about our mental health and physical well-being.

Related:
Follow These 11 Steps to Reach Your Goal Weight

Now Chep focuses on eating wholesome, nutrient-dense foods that nourish her body. She's all about whole foods, she eats tons of fruits and veggies, and she avoids processed foods (check out her gorgeous healthy food photography). She plans workouts when she can squeeze them in and isn't too hard on her body when she needs a break.

Now her diet is much more balanced, and she doesn't count calories! Here's a typical day of eating for Chep:

Breakfast: oatmeal made with oats, a banana, peanut butter, almond milk, agave syrup, extra fruit, nuts, seeds, and flaxmeal
Lunch: salad made with a variety of veggies, a boiled egg, baked potatoes, and strawberries
Dinner: a light meal of roasted veggies and whole-wheat pasta, a veggie stir-fry, or a veggie whole-wheat wrap with beans and loads of spinach

Chep now focuses on being healthy and giving her body what it needs rather than depriving it. She's not worried about reverting back to her old mindset of wanting to be skinny because she's realised that she shouldn't compare herself to anyone. Everyone is different and there's no one ideal body type. She's realised that this is a never-ending journey, and physical appearance should not be her end goal. 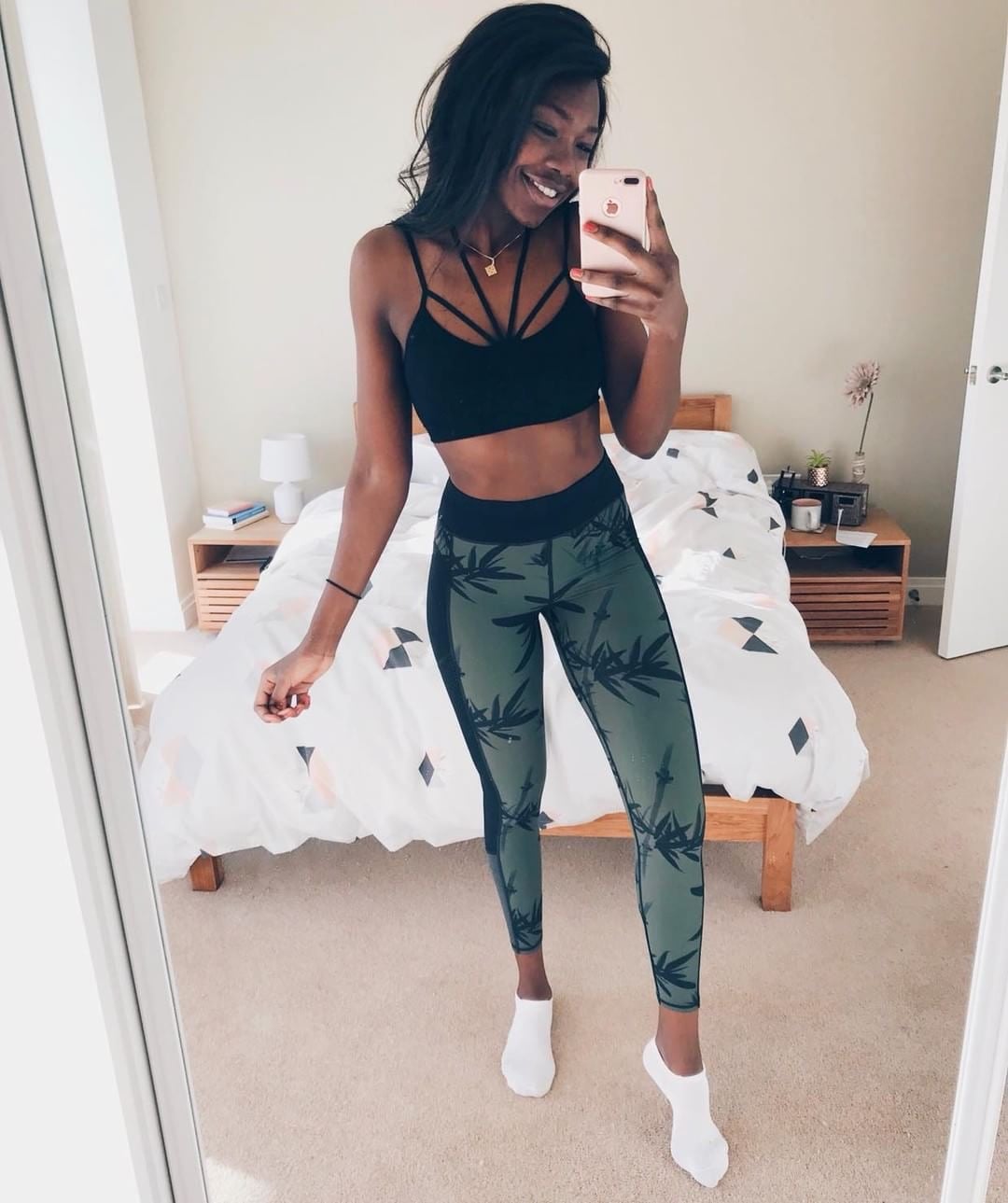 For those on their own weight-loss journey, Chep suggested you "trust the process and make it something you love, so that you're becoming and growing into a better version of yourself." It's OK to admire other people, but look for inspiration and avoid comparing yourself to them in a way that makes you feel bad about yourself. She also recommended cooking your own meals and finding healthier alternatives to your favourite foods.

Chep is also a big supporter of allowing yourself to indulge in your favourite meals and treats every so often. She just recommended you do so in moderation so you can enjoy maintaining a healthy lifestyle. And most importantly, remember that your body will love and thank you for taking care of it!

Then And NowBefore And After Weight LossWeight LossPopsugar Interviews