The first time Katherine Stibley can remember dieting was at age 12. Her weight just kept increasing and fluctuating, and diets didn't work. If this sounds familiar, keep reading to hear how she finally took charge and lost 110 pounds, thanks to her weight-loss surgery and love for Orangetheory Fitness. 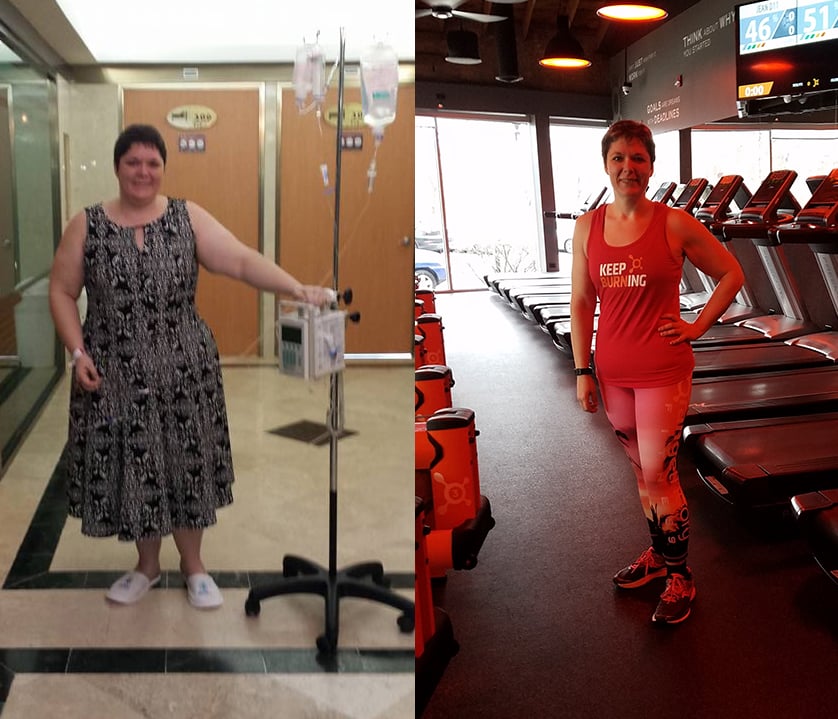 At Kat's highest weight of 270 pounds, she discovered on a business trip that she could no longer fasten the aeroplane seat belt. She told POPSUGAR, "I was too mortified to ask for a seat belt extender, so I spent the rest of the flight hiding that my seat belt wasn't fastened."

After admitting that she was miserable from lack of energy and hurting every day from just getting out of bed, she knew "something had to change." Kat spoke with her doctor and they decided on gastric sleeve surgery, which she had on April 28, 2016. She lost 30 pounds in the first three months, 50 more in the next seven months, and the remaining weight over the following year. 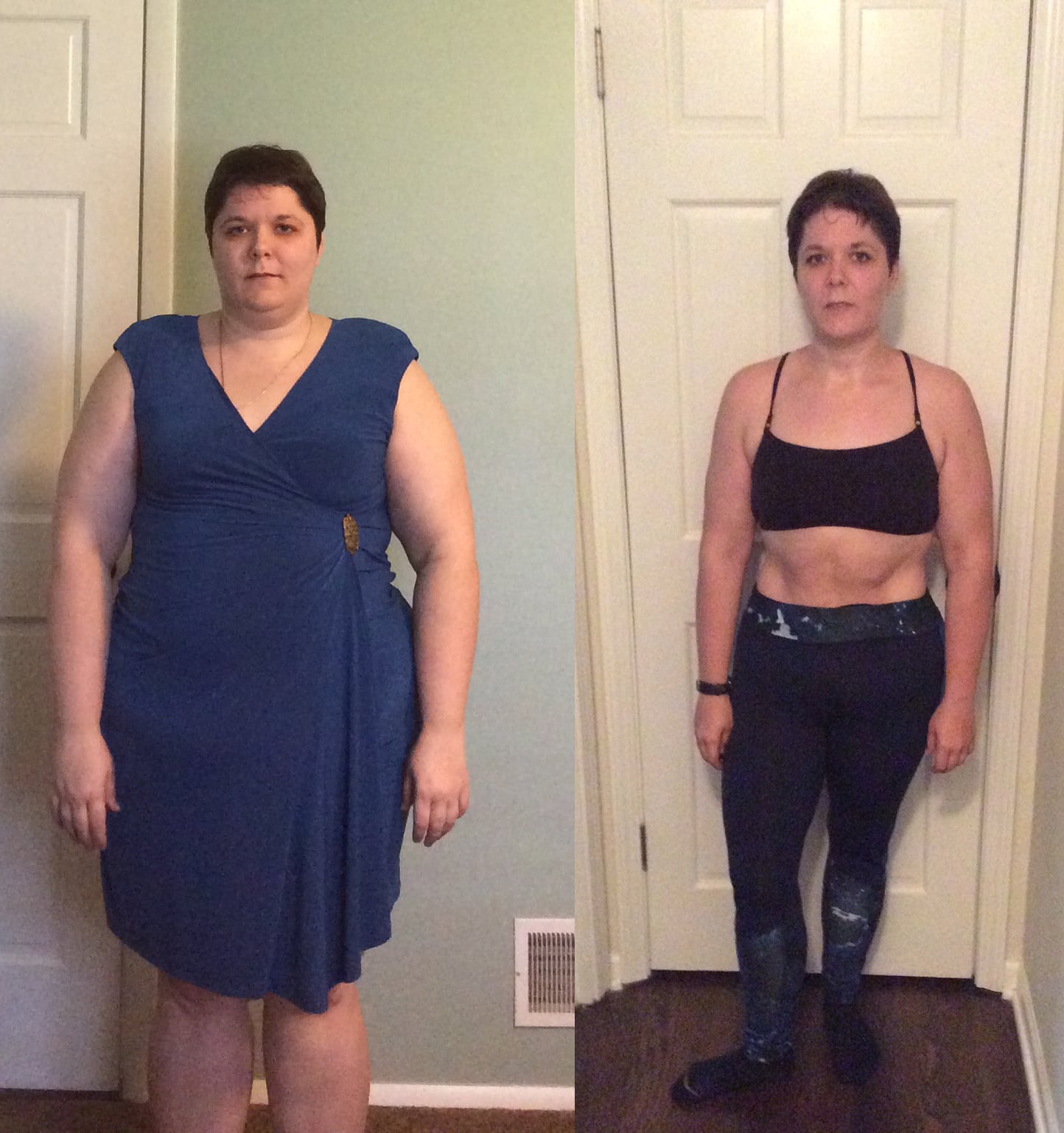 As with many weight-loss surgery patients, in the first few months, her diet was very restrictive, made primarily of liquids and soft foods to give her new body time to heal. After the healing was complete, since her stomach was smaller, it couldn't hold a lot of bulky food like bread and whole grains, so she focussed on a diet that was mostly lean proteins and vegetables. Now she follows a mostly keto diet. Here's what a typical day of eating looks like for Kat:

Breakfast: 2 eggs, 2 pieces of bacon
Lunch: hamburger patty (no bun), spinach salad
Snack: macadamia nuts, cheese, or a protein shake
Dinner: salmon or steak with a side of green veggies (asparagus or broccoli)

"I walked in the door at around 240 pounds, absolutely convinced I would never fit in with all the athletic people around me."

At the request of her doctor, three months after surgery, Kat also began incorporating exercise. She saw ads for Orangetheory Fitness on Facebook and decided to check it out.

"I walked in the door at around 240 pounds, absolutely convinced I would never fit in with all the athletic people around me," she shared. "Within a workout or two though, I was hooked. The coaches were incredibly supportive, and I never felt out of place even if I couldn't manage the exercises as they were describing them." 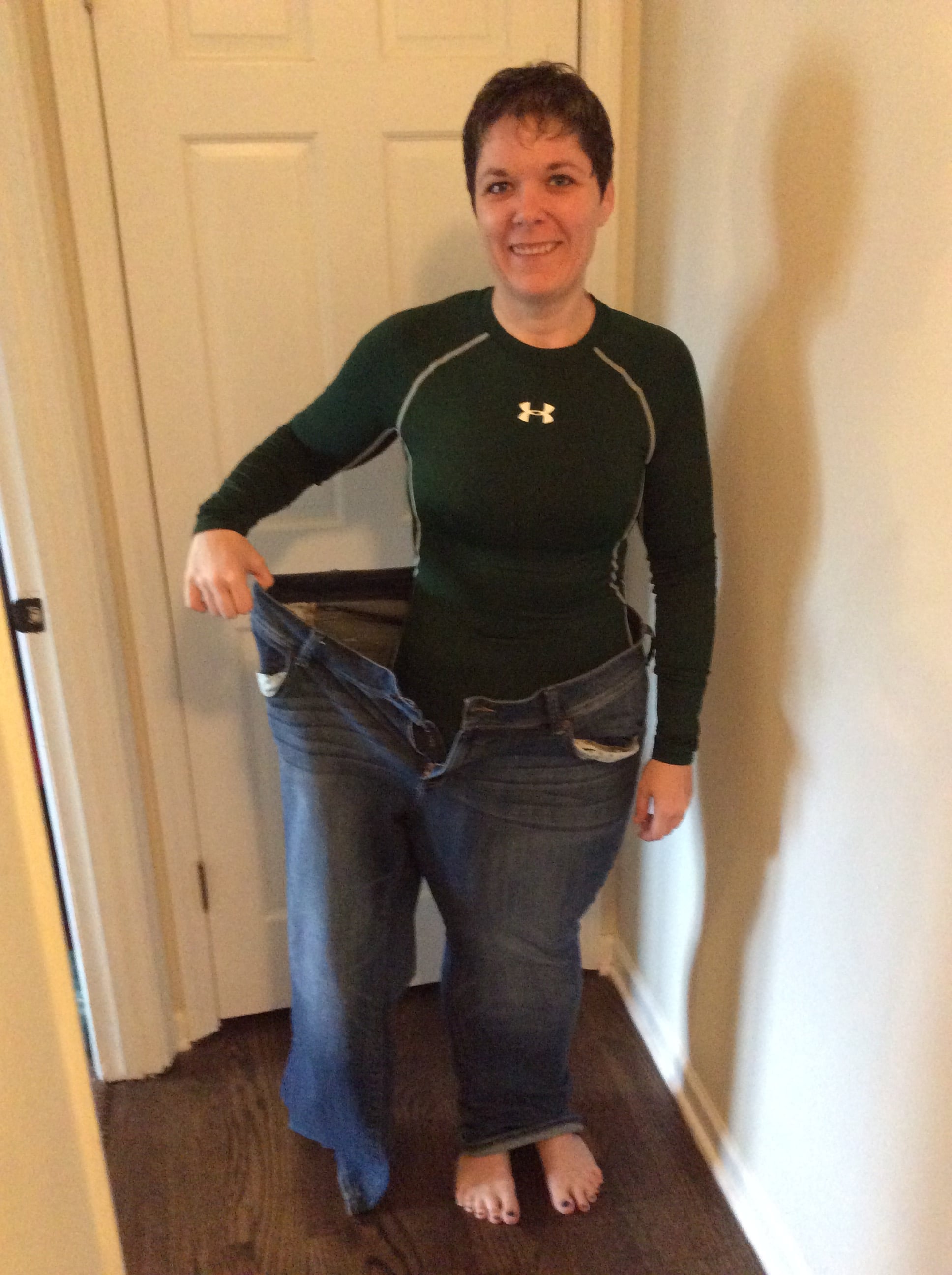 Orangetheory workouts are a blend of running or power walking on the treadmill, rowing intervals, and weights. You wear a fitness tracking device to help you hit your target heart-rate zone. Kat goes to classes three to four times a week, and after each workout, she receives an email with her results for the day, which she tracks in a downloaded app. She loves that she can see her progress over time. "I started as a power walker (and barely at that), and now I can run a 12-minute mile without stopping," she explained. Since there are Orangetheory Fitness franchises all over, she can get in a class even when she's travelling.

Katherine has been able to make incredible strides by dedicating herself to a healthier lifestyle both in the kitchen and at the gym. Not only does she work out at Orangetheory, but now Katherine competitively participates in marathons, triathlons, and obstacle courses! 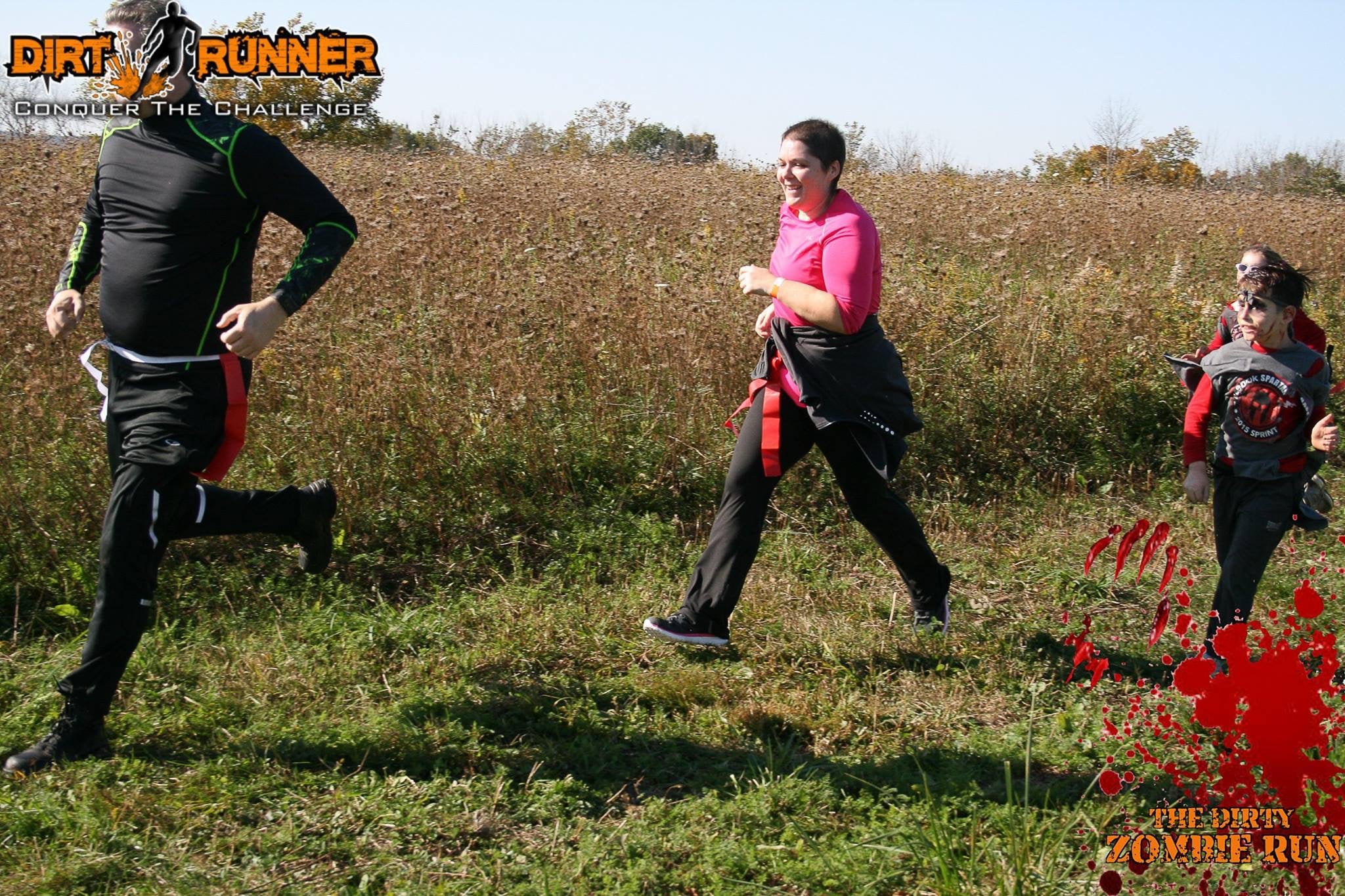 Her advice to those on their own weight-loss paths is to find something that works for you. If you hate running, don't do it. If you have bad knees, try biking. Find a way to get your heart rate up, and it doesn't matter what it is. The important thing is to find what you enjoy, because then you'll keep doing it.

Kat also says to take measurements and photos. "If you don't want to know the numbers, that's fine, use a piece of string instead. But get something that shows you your size. If you don't want to see the pictures, put them away or have someone else keep them. But get both those things, and then tuck away one set of your biggest clothing."

Related:
A Nutritionist Told Mandie to Do These 3 Things and She Lost 150 Pounds

For the days when the scale numbers didn't move, these acted as her biggest motivation to keep going. "I've had sobbing meltdowns in the bathroom when I knew I'd eaten exactly on plan, and done all my days in the gym and the stupid thing would just not move. But then I'd grab the measuring tape, and sure enough my body shape had changed, even if the scale wasn't cooperating."

Kat says changing your body weight is a painstaking process made of a hundred tiny decisions a day, the results of which aren't always immediately obvious. Whether you decide to add that extra plate to your barbell, or to skip the bagel buffet at work, there's often no direct feedback to that choice, which can make it very challenging at times to make those healthy decisions. But stick with it! Your choices do matter, and they'll improve your life in immeasurable ways.