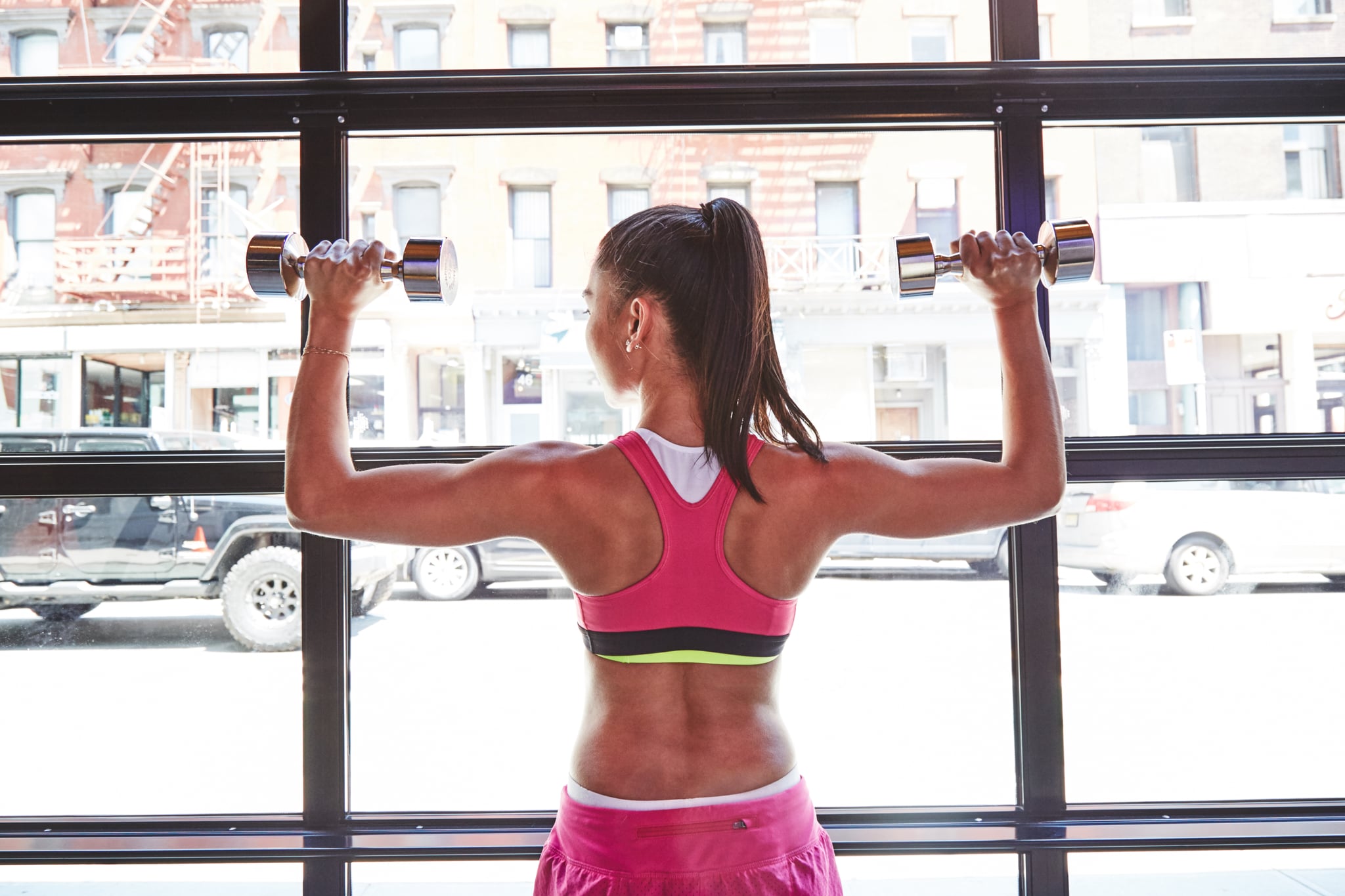 So you've heard about all the health benefits of lifting weights: getting stronger, building lean muscle, burning more calories at rest, and creating sexy curves. But if you're new to strength training, you may feel intimidated by knowing where to start. Luckily, Beachbody super trainer Joel Freeman, who created the new workout program LIIFT4, told us which weights a beginner should pick up.

For women who are new to working out (or returning after taking a long break), Joel recommends starting with between five- and 20-pound dumbbells. Although that sounds like a wide range, the weights may depend on what exercise you are doing. You may be able to lift heavier on biceps curls, for example, but would want to grab something a little lighter for triceps extensions.

And if you're at the gym or have a set of dumbbells at home, there's nothing wrong with grabbing a few options and seeing how you do as you get started. You may find you can only do a couple reps, in which case you would need to switch to something lighter.

As far as reps go, Joel recommends doing three sets of 10 reps. If you find yourself flying through the reps without a sweat, then it's probably time to pick up something heavier. On the flip side, if you can barely make it to 10 on your first set, then you should scale back the weight.

"If you're doing three sets of 10, then usually by the eighth rep, you're starting to feel it," Joel told POPSUGAR. "And then as you get into the third set, you're really starting to fatigue to the point where once you get to that 30th rep of all three sets, you're very happy it's over."

Per Joel's recommendation, it's best to bypass the dinky two- and three-pound weights and go straight for at least the fives. As you start to get stronger, you can keep increasing your weights. The heavier you lift, the more you'll see results and the stronger you'll feel.