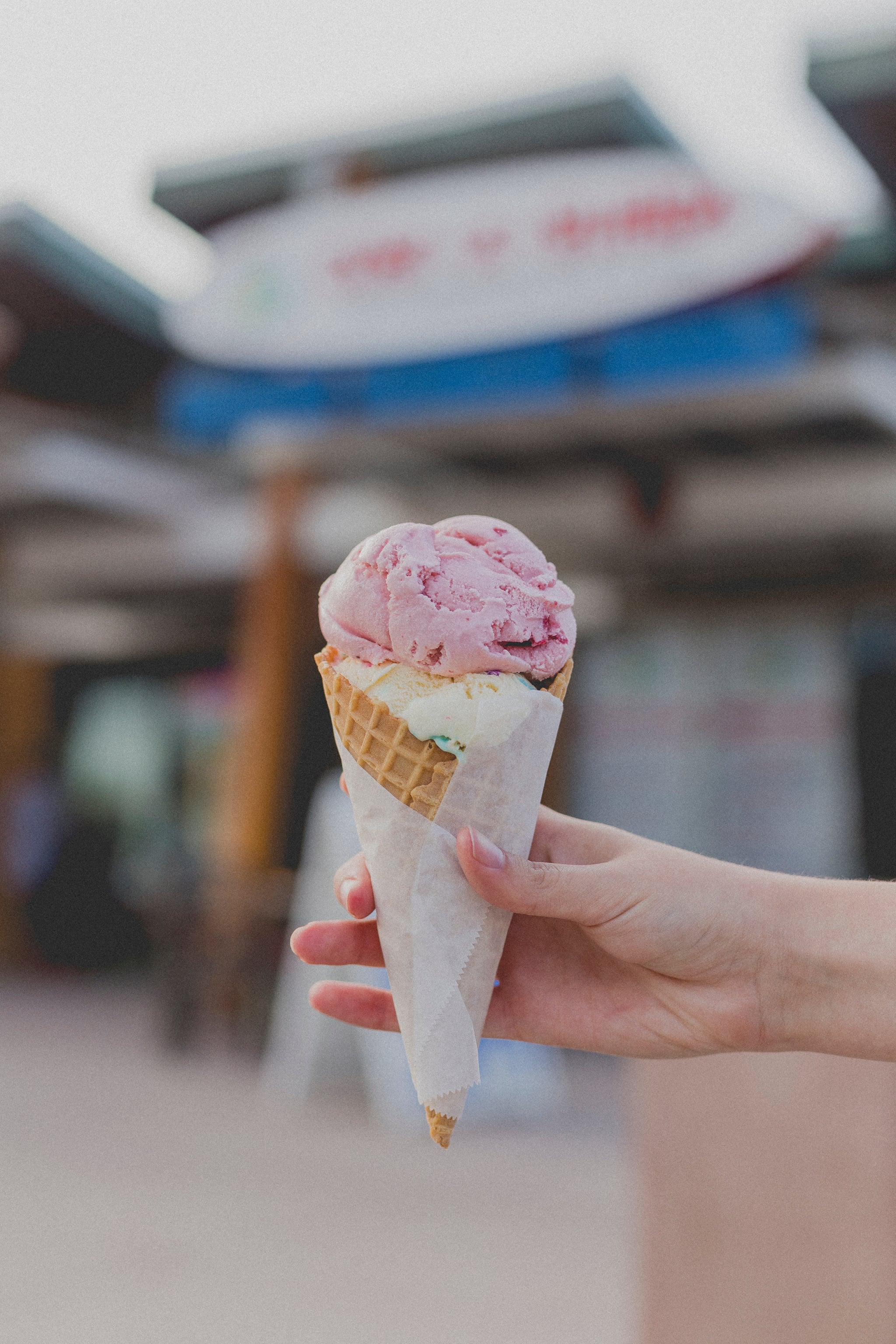 About a year ago, my Instagram feed just about exploded with ads for lightened-up versions of ice cream. Then, my friends joined in, going crazy for said ice cream, claiming it tasted amazing and just as good as the real thing.

Most brands promised you could eat the whole pint of ice cream for less than 300 calories, and some even said their product was high in protein and "good for you." As someone who loves ice cream (really, desserts in general), yet strives to maintain healthy eating habits, I was intrigued and sceptical at the same time. Could they really be that good, and are they really healthy? I went ahead and gave a few of these ice cream pints a try, buying some of my usual favourite flavours, like birthday cake and salted caramel.

Related:
If You Eat Dairy-Free Ice Cream by the Pint, You May Not Want to Hear This

The first red flag came when I took a birthday-cake-flavoured pint out of the freezer for the first bite. The ice cream was hard as a brick and impossible to scoop out without waiting 15 minutes or more. I complained about this on Twitter and a brand actually answered, confirming that it's due to the light ice cream's lower fat and sugar content and suggesting I put the pint upside down in the microwave for a few seconds.

The consistency and flavour of the "healthy" ice cream were more watery than creamy, and it definitely didn't taste "natural." Instead, it tasted like watered-down chemicals that really weren't all that sweet. I finished off that pint in one sitting anyway, because, at only 300 calories, that's what you're supposed to do, right? I guess I had some false hope that it would taste better by the time I was done. Not only did I not feel like I'd eaten something healthy, I didn't even feel like I'd indulged in a treat.

As it turns out, my suspicions about the ice cream's fake-tasting flavour and concerns on its ingredients weren't too far off. While most of these light ice creams do contain core ingredients found in regular ice cream (such as milk, cream, and eggs), some have also added fibre, milk protein concentrate, and, in place of regular sugar, sweeteners like stevia, monk fruit extract and erythritol (a type of sugar alcohol). That explains the less-than-satisfying flavour and texture I experienced.

Sweeteners like erythritol are also known to cause gas and bloating, which could leave you feeling unwell after polishing off a pint. And while the ingredients in place of sugar and extra fat aren't necessarily bad, they don't automatically make these ice creams healthy.

"At the end of the day, these added ingredients make for ice cream that has fewer calories and less fat and sugar, but they add no nutritional value," said Catherine Kruppa, MS, RD, CSSD, LD, a registered dietitian at Advice for Eating in Houston. "A lot of these light ice creams also add extra protein and fibre to their products, which, sure, might make you feel fuller faster, but still don't make them an actual health food. Most Americans get enough fibre and protein in their diets already and certainly don't need to be getting them from ice cream."

While these ice cream pints advertise on the front of their packageing that you can eat the whole pint, the nutrition label on the back still lists a traditional serving size as half a cup (about the size of a scoop).

It's called the Snackwells effect (referring to the fat-free cookies and cakes that gained popularity in the '90s). "Just because you're given free rein to enjoy more in one serving doesn't mean you're going to feel as satisfied as you might when you enjoy a normal-sized serving of a scoop of regular ice cream," Kruppa said.

Related:
If You're Looking to Be Healthier in 2017, Start With These 10 Tips Now

Eating just 300 calories of dessert doesn't sound bad, but that doesn't mean its the healthiest option. "It's low-calorie, but that doesn't mean you should eat however many pints of ice cream you want a day. You still want to get healthy foods into your diet for nutrients, vitamins, and minerals," added Starla Garcia, M.Ed, RDN, LD, a registered dietitian in Houston. "Sometimes having diet foods around and indulging in them can still lead to feelings of deprivation."

At the end of the day, ice cream is likely not something you indulge in every single day of your life, so when the mood strikes, Kruppa and Garcia agree, it's OK to live a little and enjoy a scoop (or two) of the real thing for a total of 150 to 200 calories.