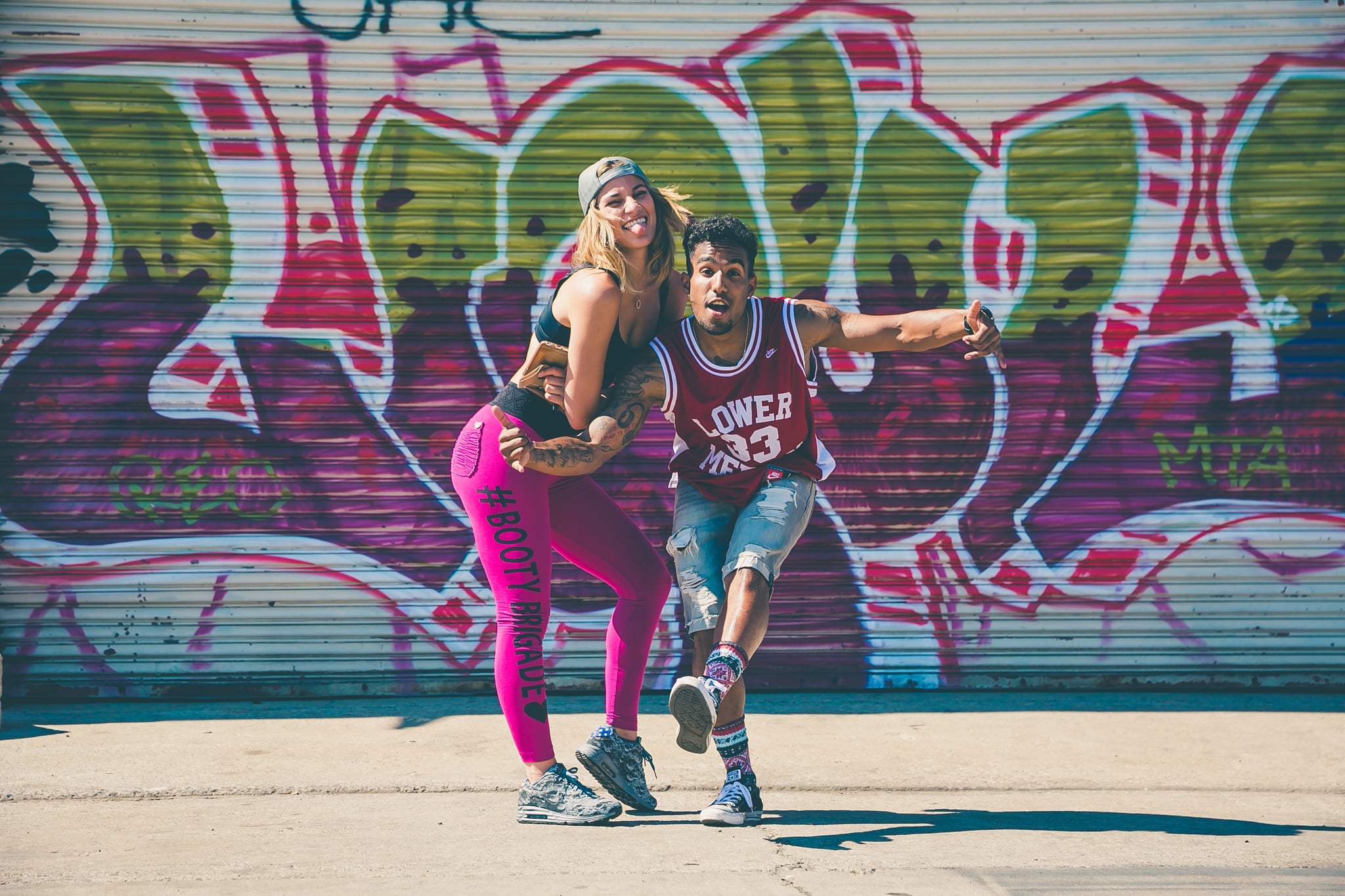 I'm your typical introvert. I cringe at the idea of being surrounded by swarms of people and fear small talk like it's the plague. If you ever see me in a public place, I probably have a book in front of me. A book is sort of my security blanket — except for when I'm at a party and the music turns on. I light up, and my urge to dance overcomes my usual instinct to run and hide!

Being shy has been a challenge. Honestly, dancing used to be my best-kept secret. During elementary school, I would dread parent-teacher conferences because my teacher would always say that I was too quiet. I would feel like such a disappointment. To ease the sting of criticism, I would close myself in my room and dance.

Within the four walls of my room, I danced without inhibition. On the other hand, I would be as stiff as a board when it came to dancing at family reunions. Latinxs know that not knowing how to dance is pretty much unacceptable in our culture. I used to be coaxed to dance and then teased for not loosening up enough. It was frustrating because I loved to dance! Just not in public.

So how did I learn to dance in front of people? I gained confidence. Watching Selena's music videos motivated me to dance like never before. Being Latina meant that I had some rhythm, at least that's what I told myself. The reality of people watching me was not going to stop me from dancing to my favourite song ever again.

Related:
6 Reasons Zumba Is the Hands-Down Best Workout to Dance Your Ass Off

The day I showed my family my dancing abilities was the day I demonstrated a new side of me. While at a family party, my aunt pulled me out to dance cumbia. Instead of quivering in embarrassment, I smiled and followed her lead. Right there, I realised that the long-ago fear of looking ridiculous had vanished. My family members were quite impressed, and I was loyal to my true self.

As I've noted here, I'm not one who craves being the centre of attention. But I usually stand out for being the silent one at the dinner table. The minute I start dancing, I'm no longer the timid one who stutters her words or struggles to keep the conversation going: I'm the one who surprises others with her dance moves. They can't believe that the girl who barely said a full sentence just a moment ago is now moving so effortlessly to the beat of the music. Truth be told, if I have to have an audience, I would rather have them see me dance than wait for me to say something.

Occasionally, I find myself stuck in the postdinner, postdancing, "let's talk to one another because there are a few of us left at the party" phase. There's nothing more than this that gives me anxiety. I think about what to say or how I should reply without sounding dull or unintelligent. For the most part, all the thinking takes up way too much time, and I end up saying very little. These moments are dreadful, and my only wish is to disappear.

How can I be so confident on the dance floor and yet be so insecure when it comes to talking to people? Because dancing is just like breathing; I hear the music and move. There's no pressure to be charming or to sound interesting. Thoughts on current events or trends are not necessary. That's not to say that I don't have any opinions on anything — I do — but my mind tends to go blank when attempting to communicate them to others. It must be why writing is my other passion. I get to say what I want without being interrupted.

I must say that the only time I'm annoyed is when my dancing partner tries to strike up a conversation. Small talk ruins my rhythm. People find this amusing, but I breathe and keep on dancing. It's such an anxiety reliever that I refuse to let anyone stand in the way of my fun.

I was once told by a professor in college never to let people silence me. Well, sometimes dancing is my way of communicating my happiness and passion for living.