Despite the fact that dietitians and doctors everywhere are denouncing it, the seemingly ubiquitous ketogenic diet doesn't seem to be going anywhere. In fact, it's only growing in popularity. Those still willing to try it despite all the expert warnings likely have another frequently asked question: can you drink alcohol (and still avoid gaining weight) while on this diet? The short answer is no, at least not in the beginning.

The low-carb, high-fat "keto" diet has the body produce ketones (or fat released from cells) in the liver to serve as an energy reserve in place of the missing carbs. The goal, unsurprisingly, is rapid weight loss, which is why this diet has been blowing up all your social media feeds as of late. The reason medical experts are quick to shun this diet is because, surprise, the ketosis process is not a healthy one, as it can cause an imbalance in the body's production of glucose and insulin, which are necessary energy sources.

Related:
This Is Who Should Try Keto — and Who Definitely Shouldn't

According to TheKetogenicDiet.org, drinking alcohol while going keto does have an impact on weight loss, and it ultimately may not be a positive one. When your body doesn't have carbohydrates from food sources to use as an energy source, it will cling to the booze for fuel. Since alcohol isn't stored as glycogen as traditional carbs are, the body will go right back into ketosis once it's eventually burned off. However, since you're losing fat-burning time when you do drink and the keto diet already slows your metabolism, you may find that the rapid weight loss you were hoping for will stall. Everyone is different, and there's no way to know for sure how or what type of alcohol will affect your individual ability to lose weight, so you will probably need to give up alcohol completely in the initial "induction phase," which is the first 10 to 12 days of the diet plan.

After this phase, you can incorporate low-carb or carb-free alcoholic beverages into your plan, but no matter what you choose, you may find that your alcohol tolerance will decrease significantly. Not only that, but headaches are already a common side effect of the keto diet, which can easily be made worse by adding alcohol to the mix. So you're ultimately not going to enjoy your beer or cocktail, and if you're dead set on sticking to the keto diet for a while, you might be better off just laying off the booze for now, at least until you're back to a regular balanced diet. 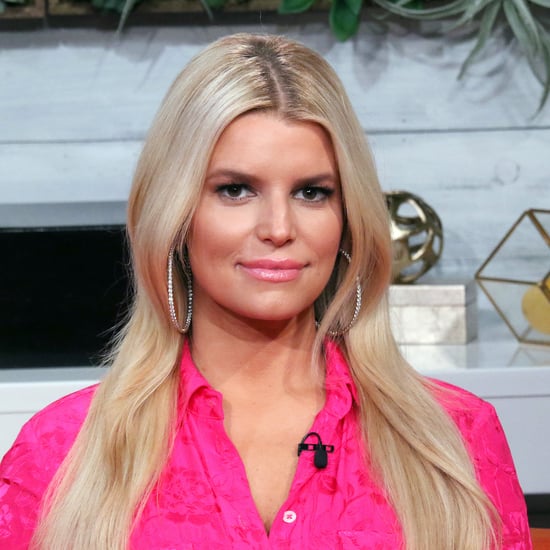 Happy Hour
Jessica Simpson Reflects on Her 4-Year Sobriety Journey: "Drinking Wasn't the Issue. I Was."
by Maggie Ryan 01/11/21