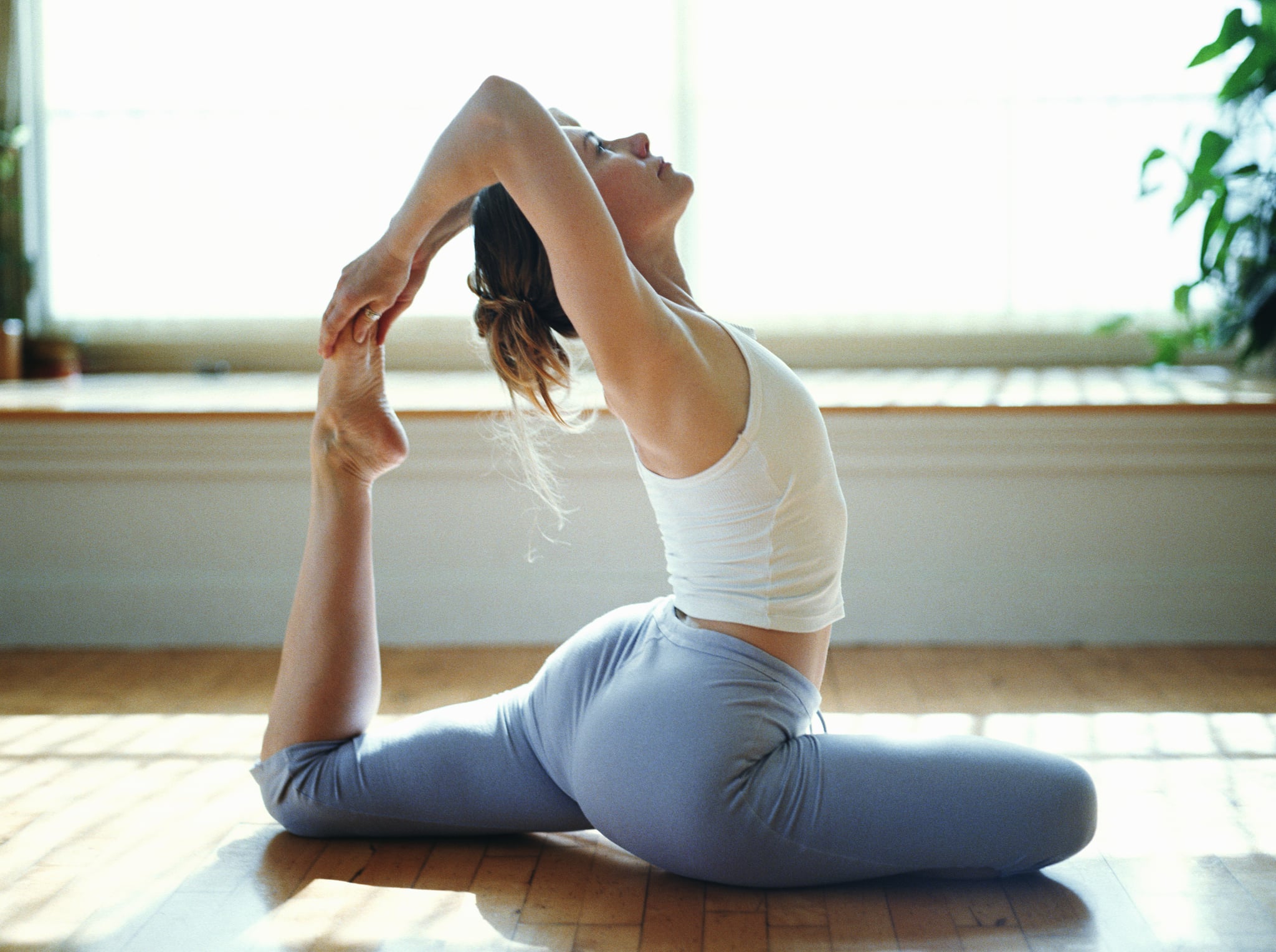 Exercise is a proven way to relieve stress and boost your mental health, something we're sure you've heard before and especially during this pandemic. Many of us are turning to workouts to distract ourselves, get moving, and sweat out the stress that feels so hard to escape right now. So it'll come as no surprise that a new study, which looked at the effect of exercise on mental health during the pandemic, found a correlation between infrequent exercise and higher levels of stress and depression — and vice versa.

The study, published in early May on Cambridge Open Engage and not yet peer reviewed, surveyed just over 3,000 American adults on their mental health and physical activity in the current climate. Participants reported the amount of time they spent sitting, doing moderate physical activity, doing vigourous physical activity, and using screens both before and after coronavirus restrictions kicked in. To get insight into their mental health, researchers also asked participants to fill out questionnaires about stress, depression, loneliness, and general happiness.

Related:
Here's Why Video Calls Are So Exhausting Now — and 8 Psychologist-Approved Ways to Deal

The study found that, since coronavirus restrictions began, 69 percent of participants were either getting less exercise or maintaining a low level of exercise. Of those, the biggest dip in mental health was felt by previously active people who were exercising less as a result of stay-at-home orders; they were overall more likely to feel depressed, lonely, and anxious than people who'd maintained their former level of exercise. People who were spending more time on screens than before also experienced a decline in mental health. People who continued to work out at least 150 minutes a week, meanwhile, demonstrated more positive mental health.

The study only shows the correlation between exercise and mental health during the pandemic; it doesn't prove that decreased exercise directly caused the spike in depression, anxiety, and loneliness. The authors also noted that their research was limited in scope, surveying a largely white and well-educated subset of the population and relying on participants' potentially inaccurate memories to gather data. Still, the association between less exercise and poorer mental health was stark enough for authors to draw a decisive conclusion. "Maintaining or increasing physical activity . . . could have profound effects on sustaining the mental health of the population" under coronavirus restrictions, they wrote.

It's worth remembering that exercise isn't a cure for depression, anxiety, or any other mental health condition. But with coronavirus restrictions continuing in some areas, and with the possibility of a second wave in the fall, working out could be a simple and effective way to steer your mental health in a positive direction during this challenging time.