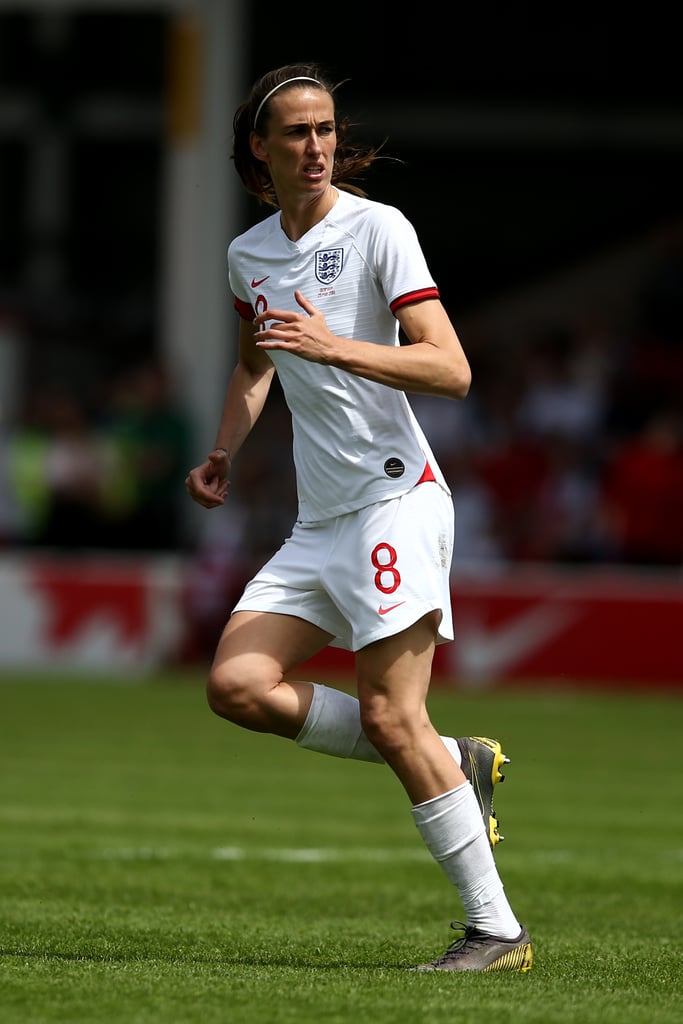 Jill Scott is a long-serving member of the England team — part of the Centurions Club with her 136 caps — and she's been playing for her country for nearly 13 years. In fact, her appearance in this World Cup will put her second on the all-time list of England World Cup appearances. She'll have played more matches at the World Cup than any of the country's outfield players.

The 32-year-old's won every domestic title with her current club Manchester City — the WSL, FA Cup, and WSL Cup. Fun fact: The 5ft 11in midfielder earned the nickname "Crouchy" — after Peter Crouch — after scoring on her debut Everton and performing the robot.

Naomi Osaka
It's Official: Naomi Osaka Is the Highest-Paid Female Athlete — Like, Ever
by Victoria Messina 1 week ago

by Murphy Moroney 17 hours ago