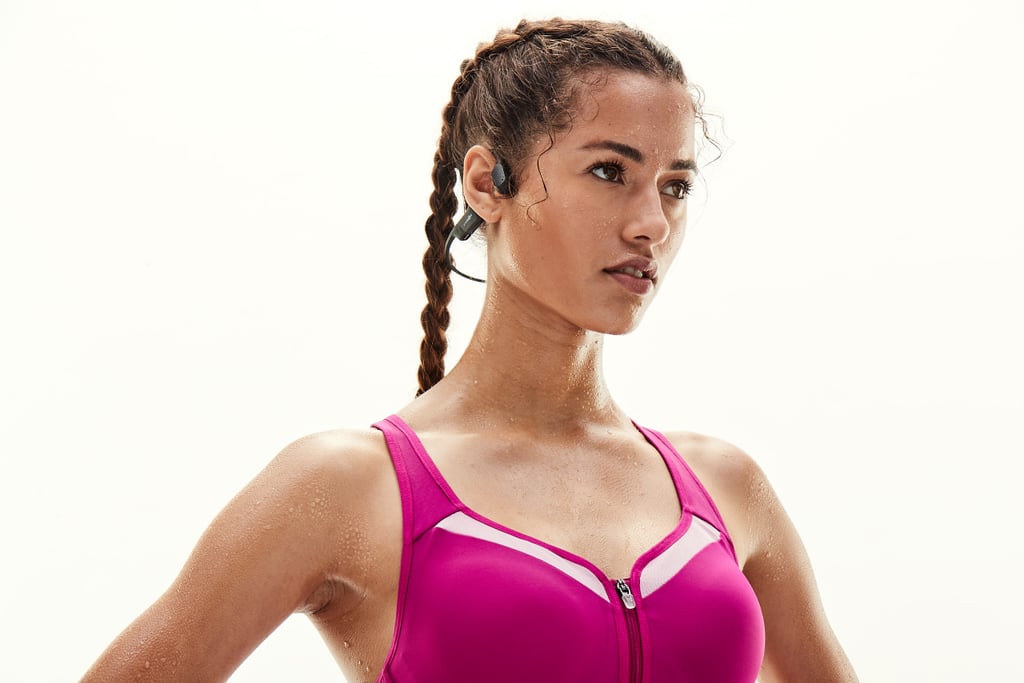 Aeropex are simple and lightweight, and wrap around the back of your head and rest just in front of your ears. The sound quality was clear and rich, the music sounded as normal as it did with any other pair of headphones. You couldn't feel vibrations through your head or anything like that. Understandably, Aeropex weren't as loud as headphones that cover your ears, like earbuds and AirPods. The whole point is to hear ambient noise, which I did: my footsteps, cars, voices, the water splashing in the bay where I ran. It was harder to tune out my surroundings, but again, that's kind of the point. You're pushing music to the background of the run, for better or worse, so you can be more aware of what's going on around you.

Did I feel safer? I actually did. I could kind of tune in and out of the music as I wanted and had a better base-level awareness of what was going on around me. I knew when cars were coming up from behind and could hear people talking. I wasn't hypervigilant and I didn't want to be, but I definitely felt more in tune with my surroundings. I think changes like that, as small as they seem, can actually go a long way in making me feel safer and more confident as a runner.

The headphones aren't danger-proof, though. There was one moment where a couple of bikes sneaked up on me without me hearing them at all. It was a good reminder that even though I might have better situational awareness with bone conduction headphones, they didn't make me supersonic. I still had to pay attention, especially when I turned the volume up higher.