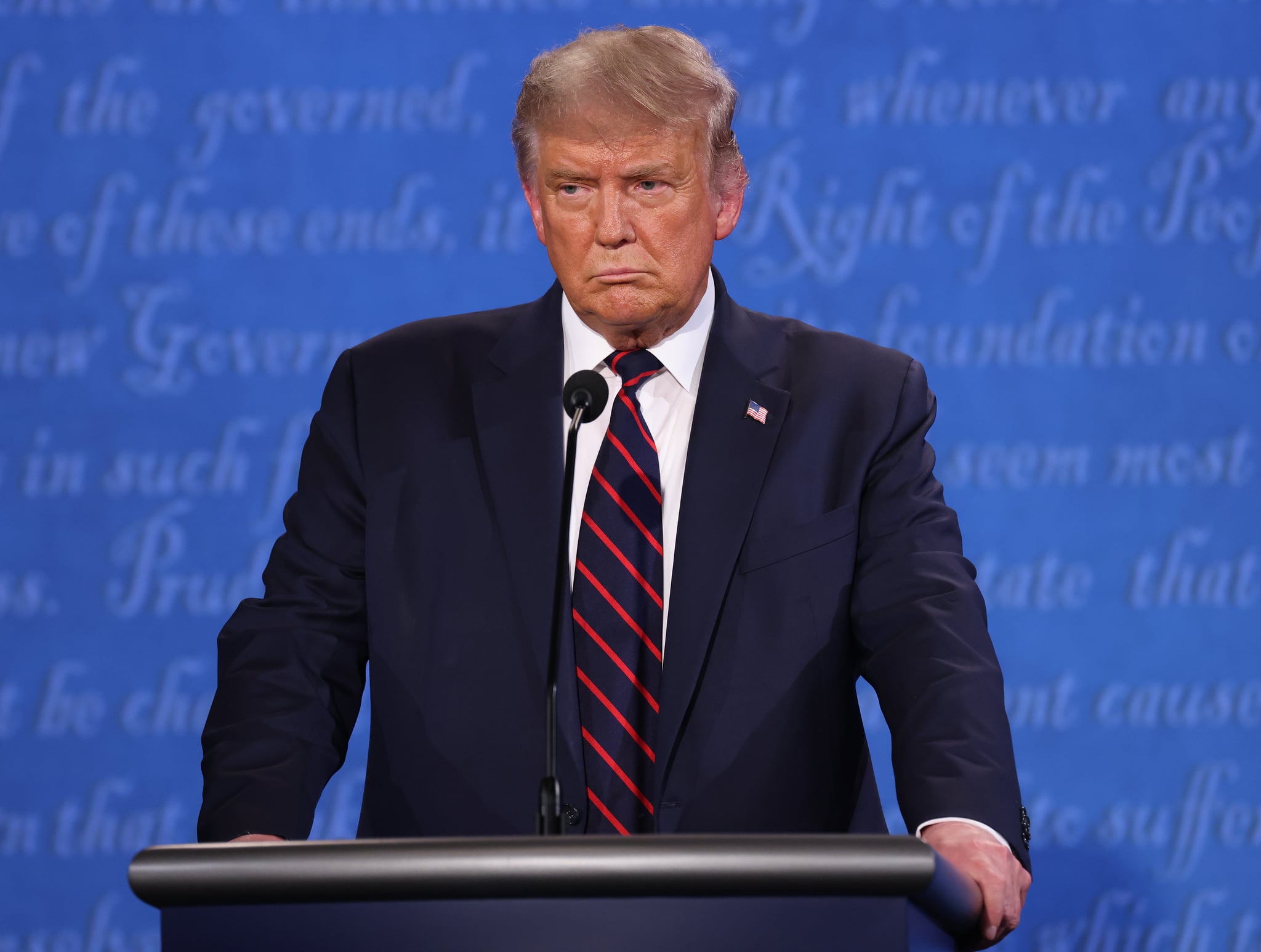 Early in the morning on Oct. 2, news broke that President Donald Trump and First Lady Melania Trump tested positive for COVID-19. Although the White House said the president was feeling "fatigued, but in good spirits," White House Press Secretary Kayleigh Mcenany tweeted out a memo from Trump's physician that revealed he was injected with "a single 8 gram dose of Regeneron's polyclonal antibody cocktail." He was also being treated with zinc, vitamin D, melatonin, and a daily aspirin. Although the antibody cocktail was administered as "a precautionary measure," it's still an experimental treatment.

What Is Regeneron's Polyclonal Antibody Cocktail?

The polyclonal antibody cocktail is an experimental drug cocktail from the biotech company Regeneron that is still in early clinical randomized, double-blind trials. According to CNN, a cocktail antibody therapy uses two or more lab-engineered antibodies. CNN explained that this antibody cocktail from Regeneron includes a "monoclonal antibody that targets the spike protein the virus uses to drill into healthy cells, and another antibody that targets a different part of the novel coronavirus." The goal of the drug is to stop the virus from replicating.

On Sept. 29, Regeneron released early test results that involved only 245 patients indicating that the cocktail appeared to reduce levels of the virus, improve symptoms, and lower medical visits for patients, CNN reported. Jeanne Marrazzo, MD, director of the division of infectious diseases at University of Alabama at Birmingham, told CNN that the results of the trial seem "very promising," yet the data hasn't been peer reviewed.

The experimental drug is used as a medical substitute to the natural antibodies people develop when exposed to the SARS CoV-2 virus. Although the doctors who spoke to CNN called the experimental drug promising, it still needs to be tested in significantly more people to determine its effectiveness.

Before being taken in a helicopter to Walter Reed Medical Centre on the evening of Oct. 2, Trump posted an 18-second video to his Twitter account where he said, "I think I'm doing very well, but we're going to make sure that things work out." He also noted that the first lady is "doing very well."

Amanda Gorman
Celebrities and Politicians React to Texas Elementary School Shooting: "There Simply Has to Be Change"
by Eden Arielle Gordon 2 days ago