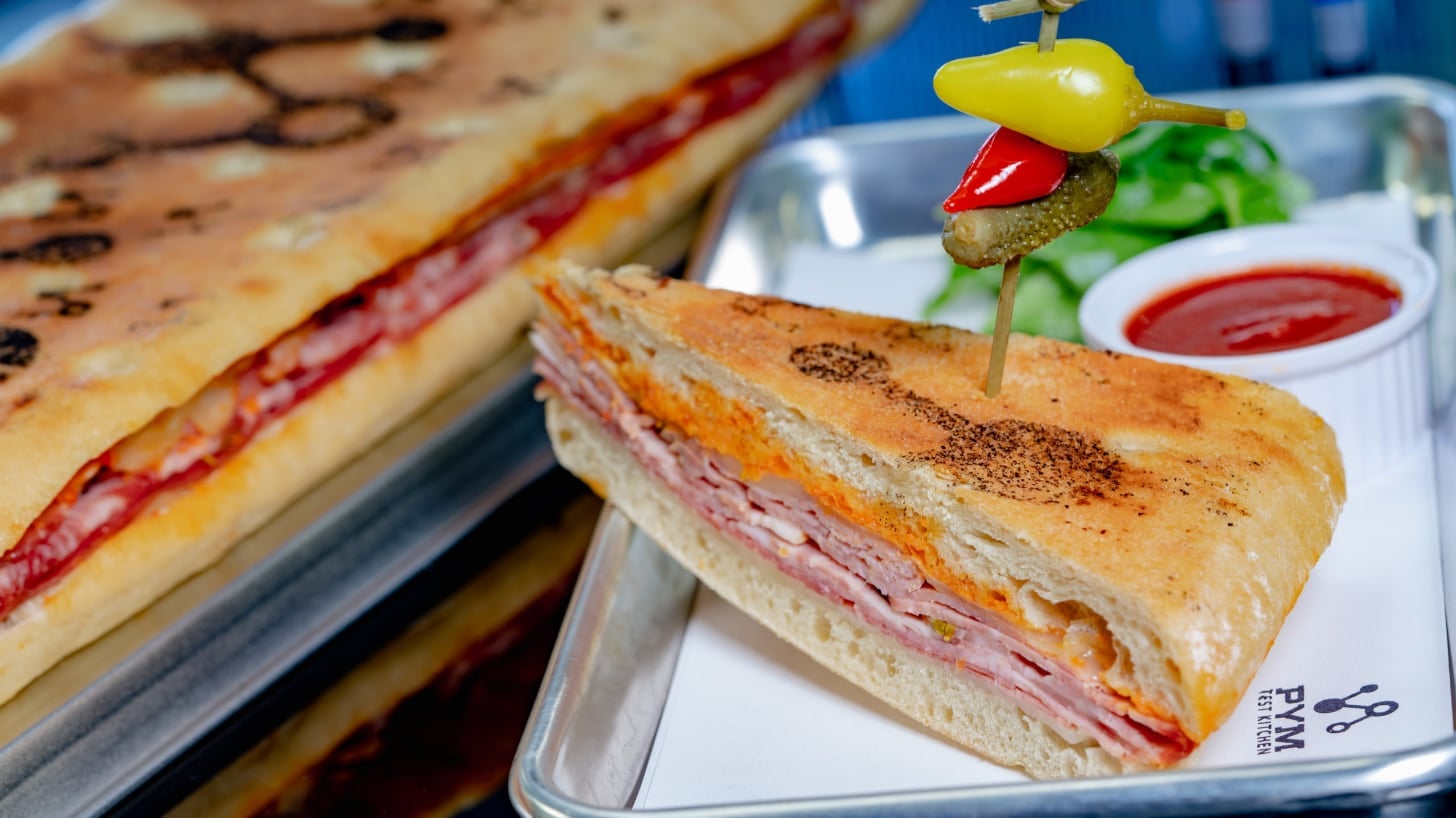 Some may argue that the food at Disney is the best part about the parks, and whenever they release new food items, we can't help but agree (still love you, though, rides!). With the Avengers Campus opening on June 4, we couldn't help but check out all of the new treats and eats ahead of time so we know exactly what to fuel ourselves up with during our next trip to California Adventure. And while digging around the mouthwatering menus, it was hard to miss the massive, super(hero)-sized sandwich at the new Pym Test Kitchen. Made for six to eight people to split, the $100 "Quantum-sized Pym-ini Sandwich" is fit for parkgoers that are super hungry. Complete with salami, rosemary ham, provolone cheese, and a sun-dried tomato spread on a toasted focaccia, this sandwich ensures that you'll be full enough to take on any mission you face. Served with a marinara dipping sauce and an arugula salad, the only question we have is does it get any better?

If you're wondering why such a big sandwich exists (although, why should it not?), the new restaurant is themed after the Ant-Man and the Wasp, and in a reference to the movie, it's going to have dishes that play with proportions. If you're not in the mood for a massive "pym-ini" sandwich, you can opt for the regular-sized version which costs $15, a giant meatball that's served on a massive metal spoon, or a Caesar salad that comes with a huge crouton.

Complete with eccentric entrées, shareable sides, and the sandwich of our dreams, the Pym Test Kitchen has everything you need to fuel up and feel like a superhero. The next time you're on a mission to combat your hunger after a long day at the park, head over to this new Avenger's staple and power up.

Related:
FYI, Disney Restocked Its Popular Starbucks Tumbler, So Get It While You Can
Image Source: Disney
Disney FoodFood NewsSandwichesDisneylandDisney

Cruella
Emma Stone and Tipper Seifert-Cleveland Played Cruella Trivia, and They Were Total Pros
by Kelsie Gibson 4 weeks ago