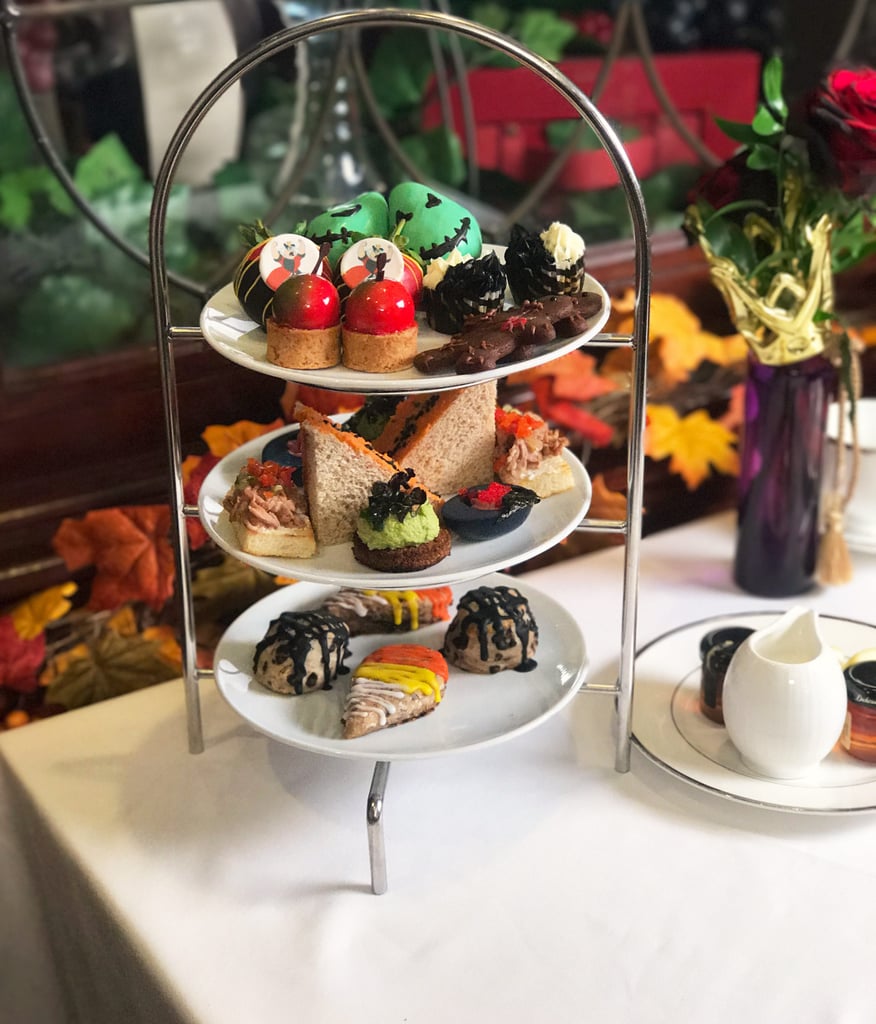 When you think of high tea, you probably envision a group of people in their Sunday best sipping tea with their pinkies out and eating finger sandwiches from fancy plates. But this Halloween at Disneyland, things have taken a very dark (and dangerously clever) turn with an all-new villain-themed high tea service. Available beginning on Sept. 7 at Steakhouse 55 at the Disneyland Hotel, this limited-edition activity is certainly worth booking in advance.

Disney drew inspiration from some its its best — or worst? — villains and created an entire spread that pays homage to them. Maleficent's "horns" make an appearance on the menu in the form of ruby red microgreens atop edamame-avocado smash on pumpernickel bread. The Lion King's Scar is a red pepper hummus-smeared sandwich that stands tall over the others, acting as an edible version of Pride Rock. Half the fun of making your way through each item is deciphering the connection to the character; the Disney food experts who created the menu left no detail unnoticed.

This time last year, Steakhouse 55 had a special high tea service, but it was just a general Halloween theme. This year's villain theme heightens the experience even more, and it's a not-so-scary way to celebrate the season with your friends. Take a look at the details ahead, and plan on stopping by while it's on the menu from Friday through Sunday (from noon until 3 p.m.) until Oct. 31.