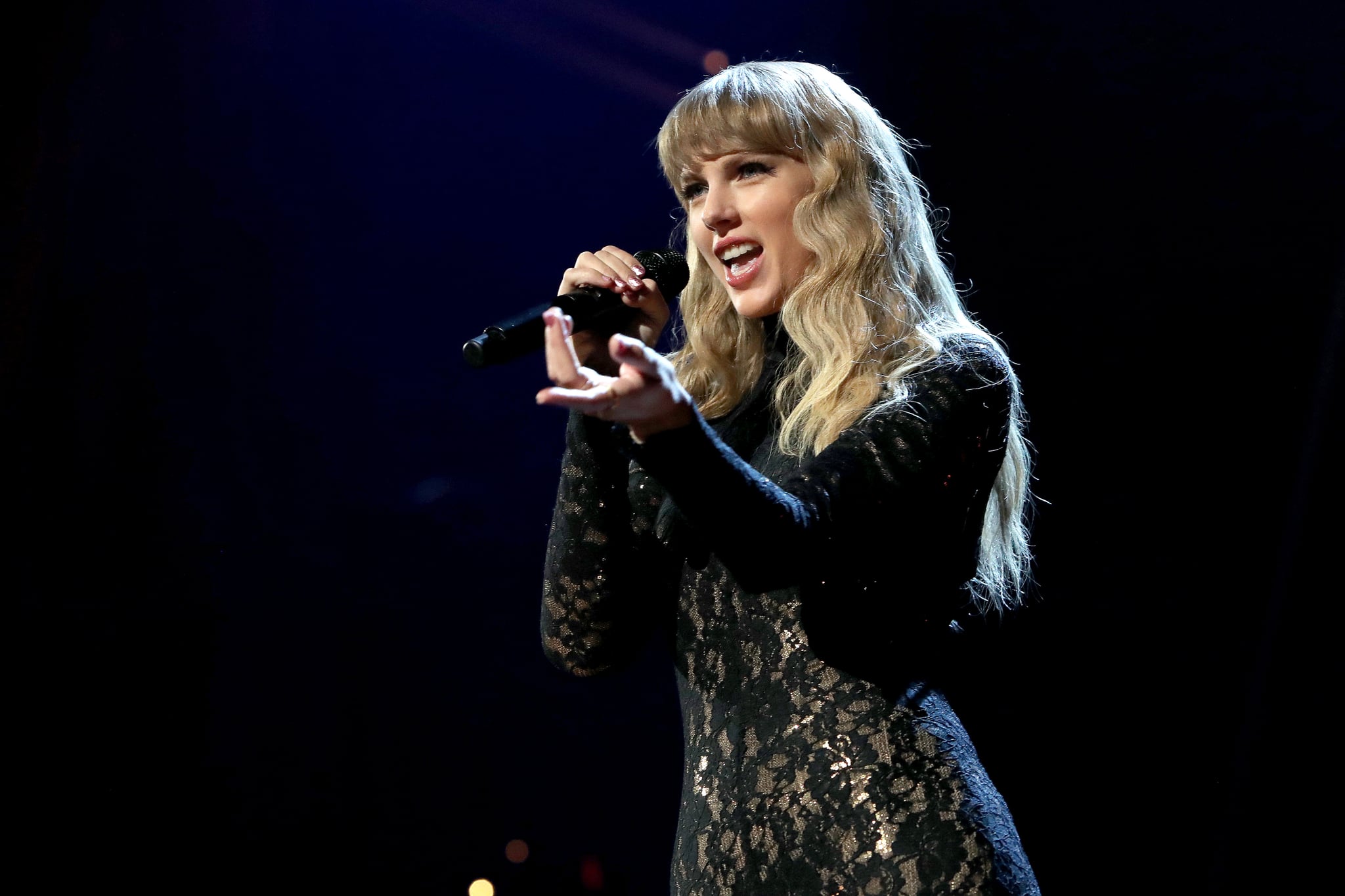 When the blood coursing through your veins is 50% Starbucks and 50% love for Taylor Swift, the mere prospect of a potential Taylor Swift x Starbucks collaboration may as well be a direct serotonin injection. On Nov. 8, Starbucks posted a series of tweets that made a Taylor Swift collab seem not so far-fetched. "It's Red Season," the coffee chain tweeted, along with a series of emojis that included a red scarf. ("All Too Well" flashbacks, anyone?) Naturally, fans of both Swift and Starbucks flooded the tweet with frenzied replies, assuming it signaled some sort of upcoming Starbucks x Taylor Swift drink or merch line in celebration of the Red (Taylor's Version) release on Friday, Nov. 12.

Although nothing's confirmed, let's just say Starbucks has done little to deny the possibility. In response to one Twitter user's reply that referenced lyrics to Swift's "Begin Again," Starbucks cleverly tweeted, "Here's to throwing your head back laughing like a little kid." When another person quoted Swift's "'Tis the Damn Season," Starbucks replied, "It always leads to a Starbucks in your hometown." The brand went on to quote even more of Swift's songs in its tweet replies, like "Holy Ground," "Everything Has Changed," and, of course, "All Too Well." It's also worth noting that Starbucks changed its Twitter bio to another play on Swift's "Begin Again": "On a Friday, in a café..." Still, the brand is playing coy. In response to one person calling the potential "love story" their "favourite collab of all time," Starbucks wrote, "What do you mean? Red x The Holidays?"

The plot continues to thicken. In search of answers, fans revisited a TikTok video Swift posted on Oct. 26, in which she recreated one of her old Tumblr posts about fall. "And hats and scarves and knee socks and wearing tights for the first time in months and when the mornings are all chilly and you can see your breath and draw little pictures on foggy windows," she says in the clip, "and plaid stuff and ankle boots and not caring when people make fun of pumpkin-flavoured stuff 'cause you love it and are happy it's all the rage." What does Swift take a huge sip of during that last line about pumpkin-flavoured stuff? A Grande Starbucks coffee.

Under a series of images posted to Reddit on Nov. 8, commenters theorized the reported Starbucks x Taylor Swift collab will include a special drink reportedly named after Swift: "Taylor's Latte," or a Grande Caramel Nonfat Latte. (POPSUGAR reached out to Starbucks for confirmation on both the potential Taylor Swift collaboration and the reported "Taylor's Latte" and will update this post when we hear back.) Neither Starbucks nor Swift has confirmed a collaboration or the launch of Taylor's Latte. That said, with Red (Taylor's Version), the 10-minute version of "All Too Well," and the "All Too Well" short film all releasing this Friday, fans already have a ton to look forward to.

all too well
Grab Your Tissues, Taylor Swift's Newest Version of "All Too Well" Just Got a Whole Lot Sadder
by Njera Perkins 1 week ago