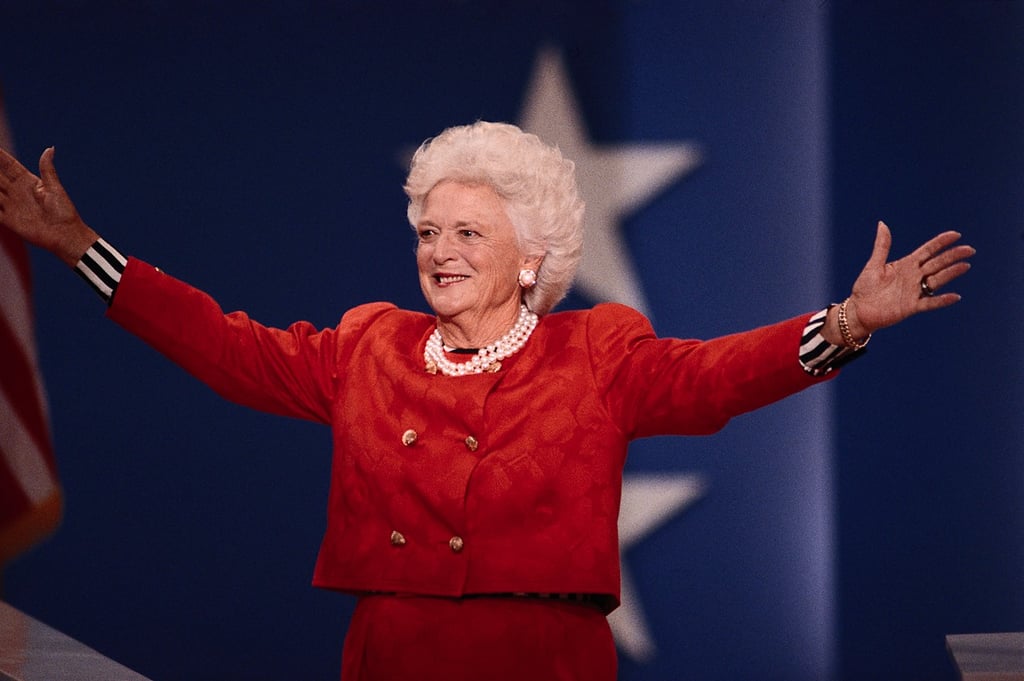 The world is still reeling from the news that Barbara Bush passed away at the age of 92 on Tuesday. The former first lady and matriarch of one of America's most powerful political families had been ill for a few days prior to her death, and she received messages of support from political figures like Hillary Clinton and Condoleezza Rice. After the news of her passing was announced, several celebrities, politicians, and other public figures began to share well-wishes for the family and memorialize the "remarkable woman" who leaves behind a legacy not only as a fixture within the Republican party but also as a generous philanthropist.

Read all their touching messages below.