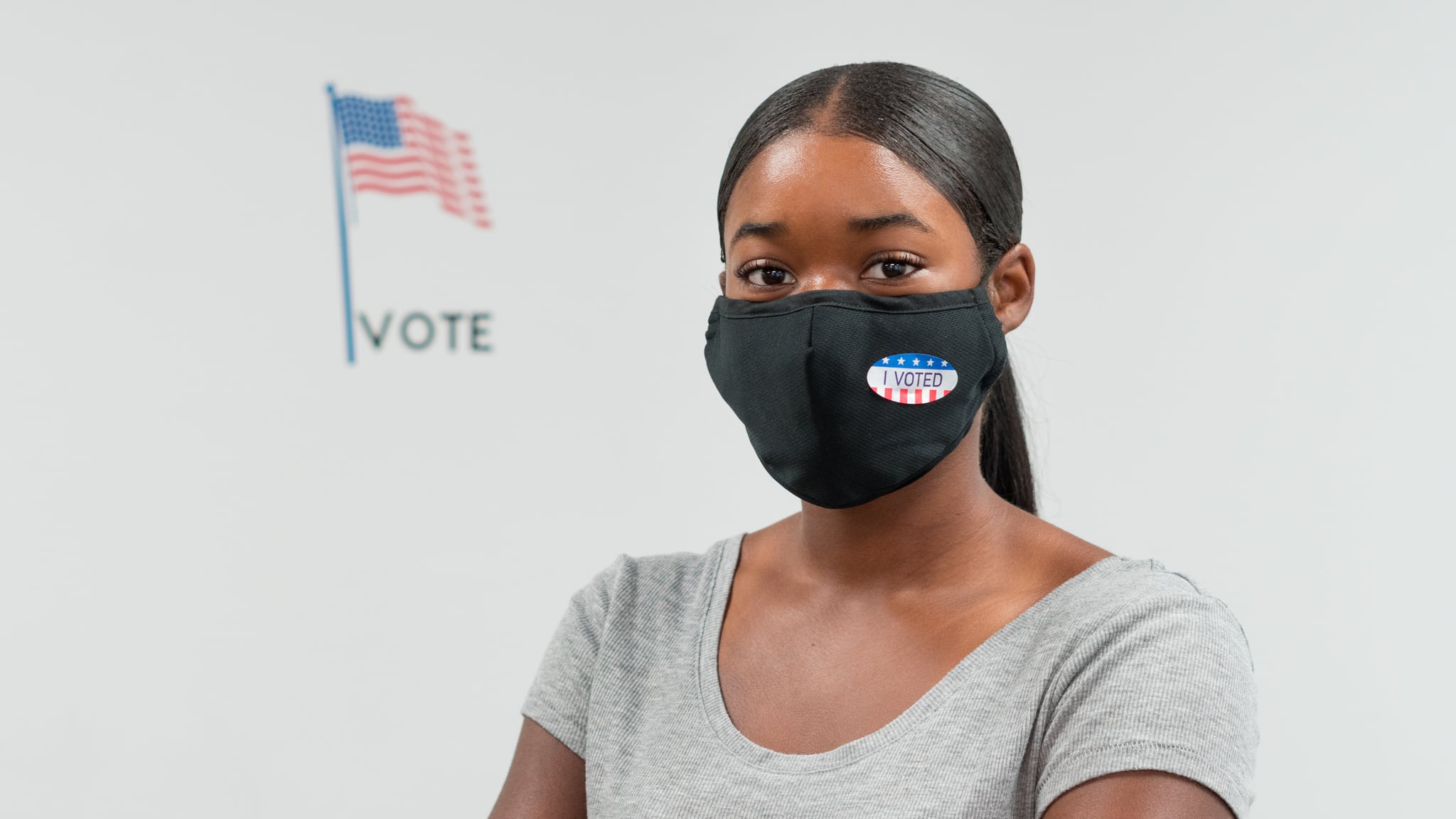 America is punishing Black women for turning out the vote. This isn't a new phenomenon. It is rooted in the failed acknowledgement of our contributions in gaining voting rights for Americans, and the mistreatment we experienced while doing so 100 years ago during the women's suffrage movement. During the late 1800s and early 1900s, Black women organised political societies and meetings, developed strategies to obtain the right to vote, worked in public spheres to promote their ideas, wrote and disseminated these ideas to the public, and more. Their ideas were often ignored in favour of Black men and white women's agendas, they were excluded from organisations and events, and issues specific to Black women were not addressed.

Sept. 28 is National Voter Registration Day, a nonpartisan civic holiday during which volunteers and organisations from all over the country are "hitting the streets" to create broad awareness around voter registration opportunities to reach tens of thousands of voters who may not register otherwise. But while Black women were acknowledged for "saving democracy" in 2020 through our instrumental efforts in registering new voters, we are still being punished for these efforts.

Make no mistake, state legislators are using the system to punish Black women voters who led historic voter turnout among our community and across a multi-ethnic, multigenerational coalition of Georgia voters in 2020.

In Georgia, the responsibility fell to us to increase voter turnout in the state in the 2020 election. And we did. We even flipped the Senate. You might know of the efforts of Stacey Abrams or LaTosha Brown, founder of Black Voters Matter, but there are countless voter registration groups — including Pro Georgia, led by Tamieka Atkins; GA Stand-Up, headed by Deborah Scott; the New Georgia Project, helmed by Nsé Ufot; and Georgia Coalition for the People's Agenda, led by Helen Butler — which all worked to mobilize new voters, specifically Black and young voters. According to the Pew Research Centre, the number of Black registered voters alone increased by 130,000 from October 2016 to October 2020.

This past year, 49 states have introduced voter suppression laws, according to the Brennan Centre For Justice. While more broad in their writing, they limit the voting power of people of colour — especially Black women, who have particularly high voting rates. Here in Georgia alone with the new voting law passed into legislation, voters will now 1) have less time to request absentee ballots, 2) have strict ID requirements for absentee ballots, 3) not receive absentee ballot applications by mail, and 4) have limited access to drop boxes, especially in urban areas. Just these few components of the many provisions in the new election law disproportionately impact Black Americans. Make no mistake, state legislators are using the system to punish Black women voters who led historic voter turnout among our community and across a multi-ethnic, multigenerational coalition of Georgia voters in 2020.

After we turned out in record numbers to vote in the 2020 election, we were punished with not only measures meant to restrict our voting rights, but our leadership was also underresourced. When Black women candidates ran for office in Georgia, for example, not enough money was invested in order for them to truly run effective, successful campaigns. When Nakita Hemingway ran for the Georgia House of Representatives to represent District 104, which the Democratic Party knew was a flippable seat, so many resources were donated to now-Junior Senator Raphael Warnock and now-Senator Jon Ossoff winning their races that down-ballot races like Hemingway's suffered from lack of resources, and she ultimately lost by only 779 votes.

Historically, our work as Black women to gain voting rights has always been a facet of our larger struggle for equality and political power. Eighty years before Dred Scott, an enslaved Black woman was the first to sue for her freedom. We helped Black men pass the 15th Amendment, ultimately only obtaining voting rights for them, and in fighting racial discrimination. We worked significantly with white women to raise women's position in society and were invaluable in securing the passing of the 19th Amendment that granted women the right to vote — rights that we were excluded from until the passing of the Voting Rights Act of 1965. We were allies to many groups seeking equality, also believing that success heavily relied on various groups and organisations working together.

And yet, we bear the brunt of attacks. In a study conducted by PBS NewsHour of Black women's experience in politics, we are more likely to receive physical threats, often infused with racism and sexism. When we address the mistreatment we receive in politics, though, that harassment increases. In 2017, Amnesty International reported that Black women journalists and politicians in the US and UK were 84 percent more likely than white women to be mentioned in abusive or problematic tweets. There is very little data available to track this problem, though, which showcases how low a priority our harassment is.

As a country, the conversation has shifted toward allyship. But where are the allies for Black women? Where is the support when we run for political office? Where are the people standing up for us when our voting rights are infringed upon and when our safety is at risk? It's as if our political parties work with us only when they need us.

We are currently at a crossroads where we are asking, "How much longer will we have to fight by ourselves?" We need to challenge the current system of allyship and be honest in what is lacking and how we are being mistreated throughout the fight for a just democracy. If we aren't having these honest conversations, we will just be repeating history, and we can't and won't win.

We need you to step up. We need you to not just say you are an ally, but to actually be an ally. In registering more voters. In organising. In funding. In research. In recognising history. In supporting Black women candidates. We need you to call voter suppression targeted towards Black voters what it is. Then do more. Register another voter. Send money and support to Black women candidates and activists who are running locally and directly organising their communities. Invest in Black women who invested in you today on National Voter Registration Day through Election Day and beyond. If you're ready to do just that, want to learn more about running for office, or know a formidable woman who would be great for political office, visit Vote Run Lead to learn more and get involved.