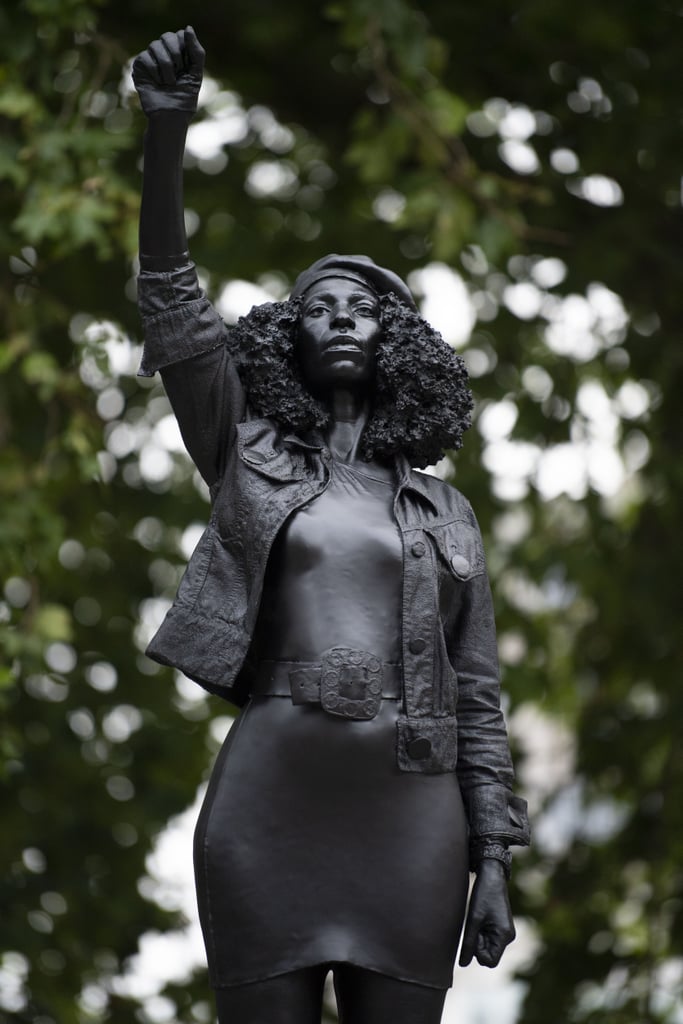 A sculpture of Black Lives Matter protestor Jen Reid has occupied the empty plinth that once stood a statue of slave trader Edward Colston in Bristol. Amid the June 2020 Black Lives Matter protests globally and in the UK, Colston's statue was dismantled, dragged trough Bristol's streets, and thrown into the Floating Harbour. But who is Jen Reid, and how was she chosen to represent this monumental reckoning of history? Details ahead.

Petitions for the removal of Colston's statue have been filed since 1895, with no justice seen for 125 years through due process. The removal of the statue by BLM protestors on 7 June inspired a global response — notably in Belgium and the United States — to dismantle similar statues that publicly honoured slave traders and racist figures, like Leopold II of Belgium, and confederate statues in the United States.

The erecting of the sculpture of Jen Reid to represent the Black Lives Matter movement is iconic but also extremely revolutionary because Bristol was a central port for the UK's involvement in the transatlantic slave trade. The sculpture of a young Black woman doing a Black power salute was created by local artist Marc Quinn and inspired by a photo of BLM protestor Jen Reid, who later posed for a 3D-printed sculpture moments after Colston's statue was pulled down.

"When I saw the picture of Jen on Instagram, I immediately thought it would be great to immortalise that moment", Quinn said to The Guardian. "The image is a silhouette: she looked like a sculpture already. I've been making portraits of refugees using 3D scanning over the last year and applied the same technology to this". Quinn named the work A Surge of Power (Jen Reid) 2020, which Reid commented that "posing for the sculpture brought back all the memories of getting on the plinth. The feelings and emotions. I felt powerful."