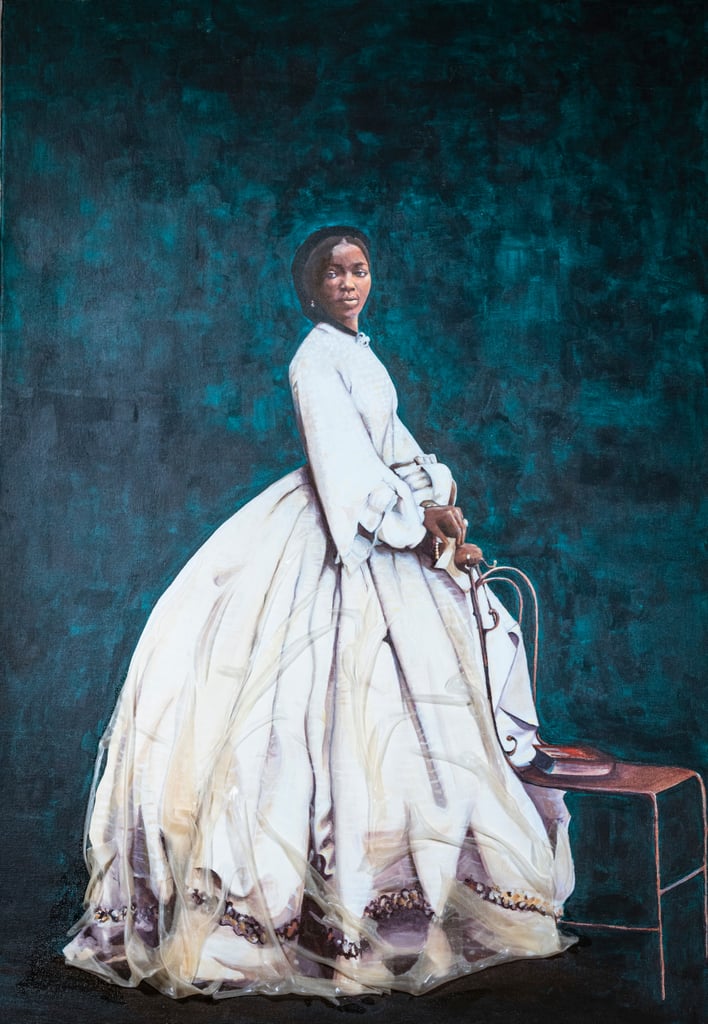 Bonetta was the daughter of a West African ruler and originally named Aina. At the age of 5, she was orphaned and sold into slavery. According to English Heritage, "In 1850 she was presented as a 'diplomatic gift' to Captain Frederick Forbes of the H.M.S. Bonetta and brought to England. Soon after arriving in England, Forbes introduced her to Queen Victoria who described the seven-year-old as 'sharp and intelligent'. The Queen met Bonetta several times over the next two years including at Osborne and was so taken with the young child that she paid for her education and became her godmother."

The new painting of Bonetta was created by artist Hannah Uzor and based on a photograph of her in her wedding dress from the National Portrait Gallery in London. "Through my art, I'm interested in exploring those forgotten Black people in British history, people such as Sarah," said Uzor in a press statement. "What I find interesting about Sarah is that she challenges our assumptions about the status of Black women in Victorian Britain. I was also drawn to her because of the parallels with my own family and my children, who share Sarah's Nigerian heritage. To see Sarah return to Osborne, her godmother's home, is very satisfying and I hope my portrait will mean more people discover her story."

English Heritage also said about Black History Month that "Black history is part of English history and while we know we have more to do, English Heritage is committed to telling the story of England in full. Our portraits series celebrating Black lives from the past is part of a programme of work that includes in-depth research into the links between the slave trade and the sites in our care. From next year, new interpretations at relevant sites will bring those links to the fore."

The new painting of Sarah Forbes Bonetta can be viewed at Osborne House during October, after which the painting will return to a larger display of portraits across several historical sites in spring 2021. Ahead, check out a closer look at the painting, the artist, and the original photograph that inspired the piece.