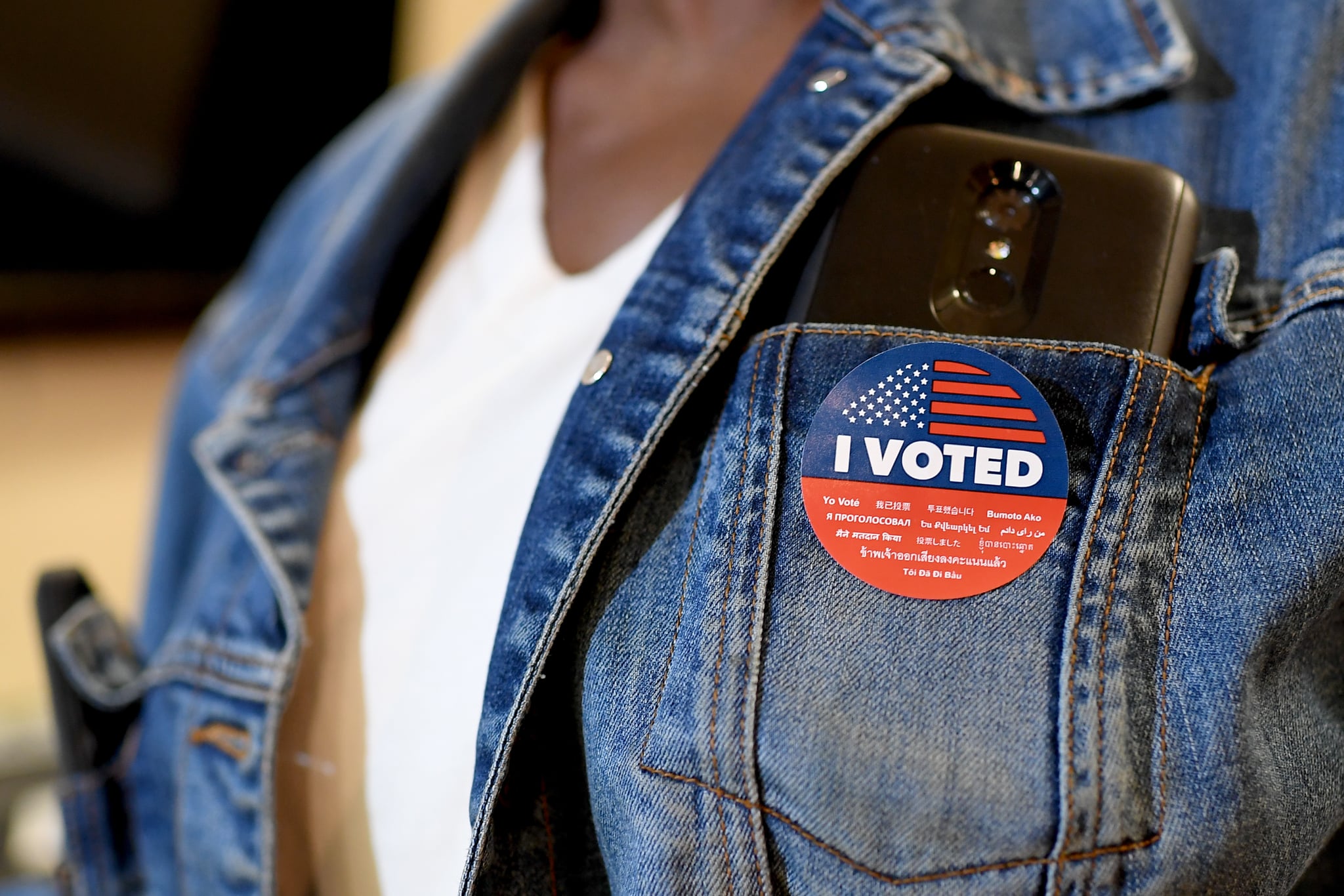 Women of colour represent nearly one-third of all eligible voters in America, giving them considerable power and influence when it comes to the 2020 presidential election. And on August 4, Supermajority, an activist network founded by women leaders including Ai-jen Poo, Alicia Garza, and Cecile Richards, released new research that calls even more attention to this fact. The report digs into how women of colour who are also low propensity voters — in other words, unlikely to vote in an election — view American politics in an era where they are disproportionately being impacted by COVID-19 and racial injustice.

"Women of colour respondents want Biden to take immediate action and get results on pressing issues like systemic racism, police brutality, the economy, [and] health care."

Supermajority's research included perspectives from women ages 18-54 who live in six battleground states. The women interviewed cited a number of reasons they were unlikely to vote in the past, including barriers to voting, a lack of faith in the democratic process, and a general disconnect from politics. But among the notable findings in the research were the fact that many of these women feel newly energized to cast their ballots in 2020 — and evidence that Biden's VP pick stands to have a major impact on the potential voters surveyed.

"The focus group and interview participants were explicitly clear that Biden's VP pick would be a big factor in their decision of whether or not to vote in the 2020 election, making the VP selection crucial for winning the White House and down the ballot races," Juanita Tolliver, Political Director of Supermajority, told POPSUGAR. She added that, among the women surveyed, "their enthusiasm and excitement to vote in 2020 would shoot through the roof" if Biden were to select a woman of colour as his running mate.

"I'd like to see someone that compliments Joe Biden's inherent blindspots. A person of colour, a
person of colour who is also a woman. Someone whose interests align but also help to challenge
Joe Biden," one 26-year-old Black woman said.

Many women included in the research expressed their desire to see a woman from a younger generation fill the VP spot, and also stressed that they wanted someone in the job who wouldn't be afraid to speak her mind and bring her own ideas to the table. Or, as one 18-year-old Latina surveyed put it: "A VP who isn't afraid to tell him when he is wrong!"

Supermajority's research also found that Trump has galvanized the low-propensity voters included in the study. "Many respondents who did not vote regularly in previous elections say they are highly motivated to vote this year to get Trump out of office," the report states. "Most of these low-propensity voters say they are determined this year to do whatever necessary to vote in November because the stakes are so high. . . Several women expressed deep regret about not voting in 2016 and want to make sure they can rectify that choice this year."

Tolliver also said the respondents were vocal about what they expect — and demand — from Biden, not only as a future president, but as a current candidate. "We know that women of colour respondents want Biden to take immediate action and get results on pressing issues like systemic racism, police brutality, the economy, [and] health care," she told POPSUGAR. "Respondents know why they're voting, and they expect Biden to meet them where they are and respond to their most immediate needs right now, before the election — and not take their vote for granted."

Supermajority's findings come at a critical moment — Biden, who has already committed to selecting a women for his running mate, is expected to announce his VP choice this week.