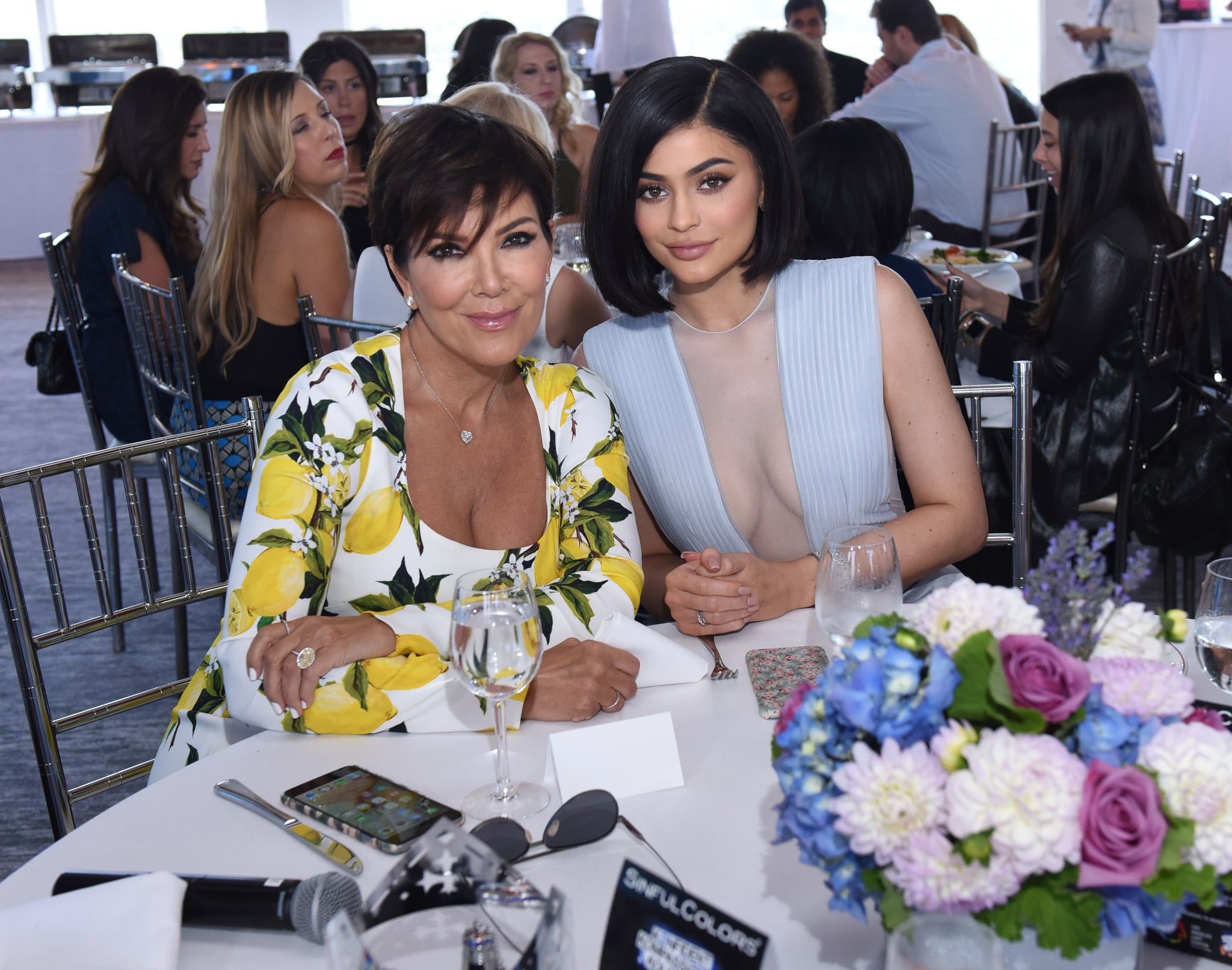 During a recent interview with Harvey Levin for Fox's Objectified, Kris Jenner revealed the details about everything from her marriages to her family's work ethic. The 62-year-old Keeping Up With the Kardashians star also shared the sweet tradition she passed down to Kylie and her 5-month-old daughter, Stormi — and we're tearing up a little bit.

Kris revealed that she brought each one of her now fully-grown kiddos home in various nightgown sets from the hospital when they were born. So when it came time for Kylie to deliver Stormi back in February, Kris decided to pass the torch by giving Kylie the same outfit she wore as a newborn in August of 1997. The three-piece printed set included a nightgown, blanket, and bonnet.

"I gave all of her baby stuff to her when she got pregnant with Stormi and Stormi wore it home from the hospital," said Kris.