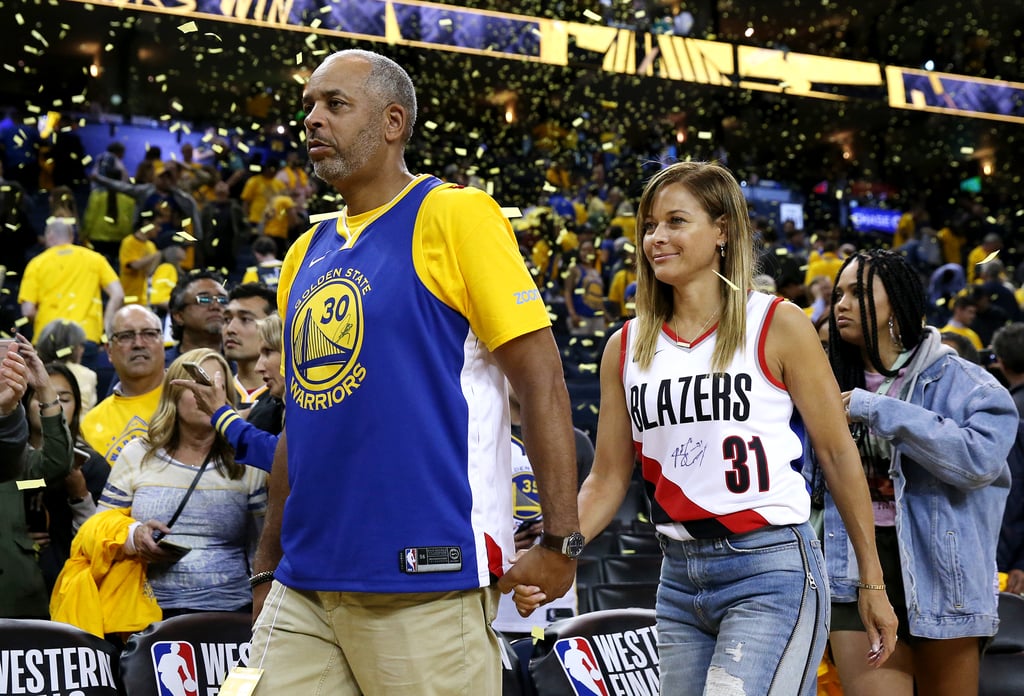 Parents, going to every one of your kids' games matters, but what happens when both your children are in the NBA? What happens when they're playing each other in the Western Conference Finals? Dell and Sonya Curry are figuring it all out now. For the first time in NBA history, brothers are playing each other in a conference finals matchup with Steph Curry and his Golden State Warriors taking on his younger brother Seth and the Portland Trail Blazers. It has to be a relief for their parents, who have presumably racked up tons of miles flying across the West Coast to be at all the Warriors and Blazers postseason games, but the question of who to root for has left them divided.

Like any sports family, the Currys flipped a coin to see which parent would root for which son during Tuesday night's game. Younger sister Sydel shared the dispute on her Instagram Story, and it had Sonya rooting for Seth and the Blazers and Dell rooting for Steph and the Warriors. But despite the results, both parents represented their talented sons with awesome split jerseys. It's the first time in Seth's professional career that he's made it to the playoffs, and Steph is a three-time NBA champion, but no matter what happens, it's a win-win for the basketball family.

"From our end, to see both of our sons to compete at this level and for the goal to be a championship is such a blessing. We never could imagine this," Sonya told ESPN. "One of them might go home. But we're going to the championship! . . . I actually look forward to watching Seth. I want him to steal the ball and want him to shoot over Stephen and all that good stuff. I want him to have his moments, too. It's such a blessing to just be able to watch this and experience all this."

On Tuesday night, Steph scored 36 points to help the Warriors win game one of the series, and Seth had three points for the Blazers, but it's just game one and we have a lot more Curry family action to look forward to. Ahead, see how Dell and Sonya handled their son's rivalry.

Summer Olympics 2021
If You've Never Seen How Olympic Divers Train on Land, It's More Impressive Than You Think!
by Jenny Sugar 4 days ago