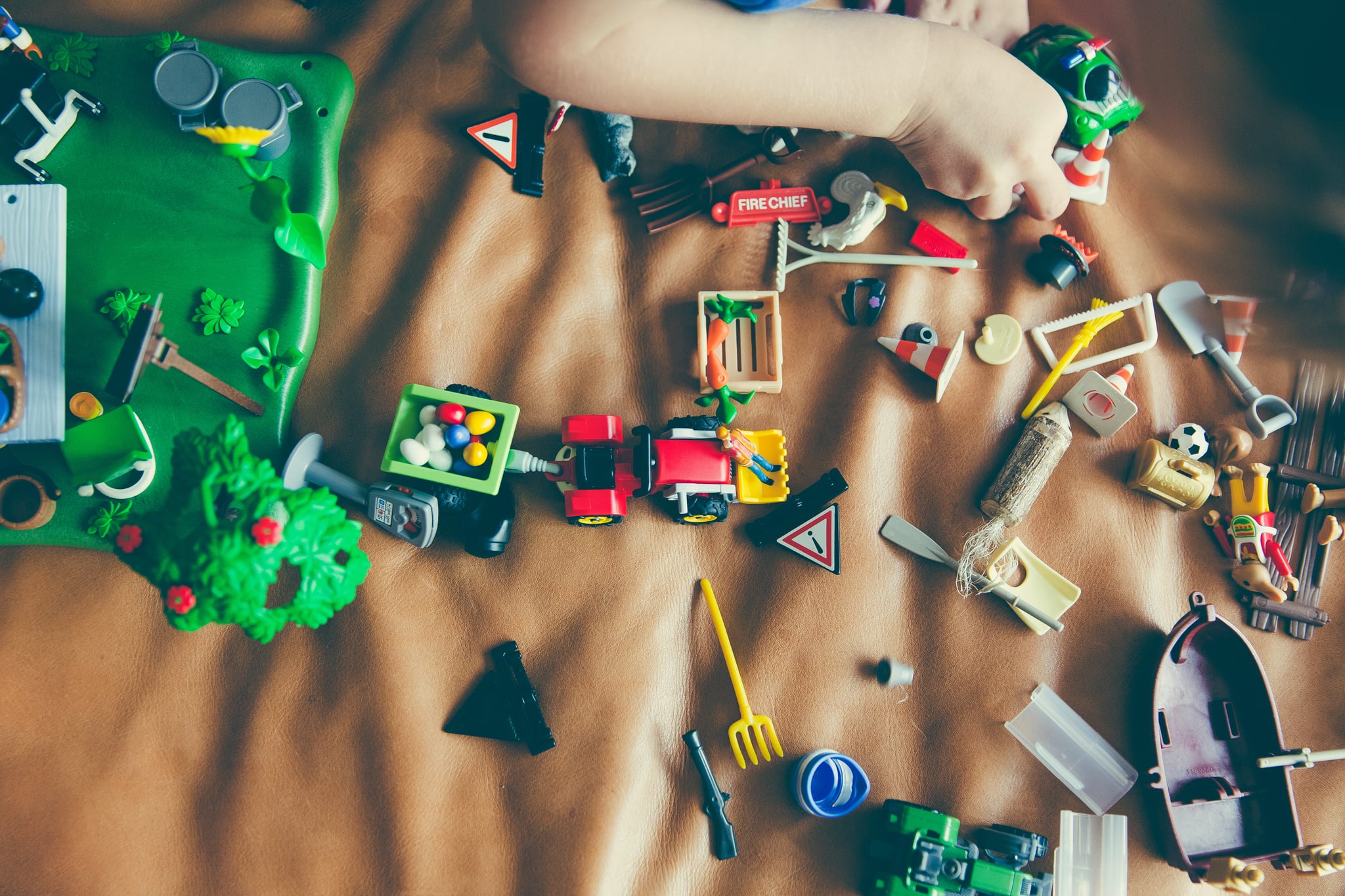 "Mum, let's do more!" my 5-year-old shouted. It looked like my son's closet had devoured him. I could just make out his satisfied little face peering out from his mess of toys, books, and clothes. He was in the middle of dividing up his possessions into two separate piles: A "give away" pile and a "keep" pile, a monumental moment for us. Where all else had failed, I'd finally found a way to help my 5-year-old understand that "having" was not the key to life: the KonMari method.

Just recently, if I were to remove a single toy from my son's space, his whole body knew it. It was like asking him to part with an earlobe or toe. My sensitive son had such an emotional attachment to every. Single. Lego block he owned, that it had become impossible to downsize any of his playthings. Decluttering his room had become an overwhelming task that brought on squashed feelings and tons of tears. I didn't know what steps to take next.

Related:
If You Think Marie Kondo's Folding Method Is Too Complicated, Watch This 3-Year-Old Dominate It

I'd tried various methods to encourage him clean out his room: Like the time I helped him go through his toys while asking him which ones he didn't need. Turns out, he needed all of them. Or the time I gleefully suggested that giving away his old toys would be a wonderful way to share things with another friend. My little guy turned into the stingiest hoarder. He decided that those toys were worth more to him than any friendship (not quite the lesson I was going for).

With all the tears and tantrums happening, I became nervous wondering if I'd been teaching my son more about having than about giving. Sure, my husband and I say "yes" to buying our kid trinkets here and there; but we also balanced that with the experience of hearing the word "no" and not getting the thing he wanted. Now I was afraid I'd been off-kilter. Had I already made irreversible parenting mistakes and spoiled my kid? I felt like I was failing at the simple task of showing my son that letting go and giving to others actually feels good.

It did occur to me that I could just declutter his space for him. Perhaps he'd realise he didn't miss those unused toys once they were gone, and see the value in letting things go. Still, when I really thought about this tactic, it felt wrong. It seemed like a harsh invasion of his space and a blatant disregard of his trust to sneak into his room and throw out toys without his permission. Wanting to keep our trust intact, I decided to find another way.

At the same time, I'd been contemplating ways to declutter our house and my stuff. So when Marie Kondo's Netflix show, Tidying Up cleaned up on the ratings chart, I jumped on board. I was struck by her way of honouring the items that people chose to keep and then let go. I loved how Marie asks men and women to keep the items that give them "joy" and then "thank" the items they'll give away. And suddenly it hit me — maybe this would work with my son. "Hey buddy, let's look at your toys and see which ones make you happy and which ones don't."

He was intrigued. We went through one little toy bin using this method, and I could feel the recognition click within him. It was not all about the feeling of "having." My son quietly focused on how each plaything made his insides feel and his attention shifted to those items that fed his happy place. He began easily tossing aside the toys that no longer brought him joy. He was so pleased with himself each time he found an item that no longer delighted him. His giggle pierced the room as he willingly placed that toy in the "give away" pile. The saying "thank you" was his favourite part.

My heart feels happily organised in a way it never has before, because my little guy is discovering a new perspective. He's on his way to understanding that his world is not all about having, and I'm loving that he has a taste for a new kind of happiness now. That gripping need to possess no longer possess him, and he's beginning to feel other nuances — like the gratitude in giving and the joy in letting go.