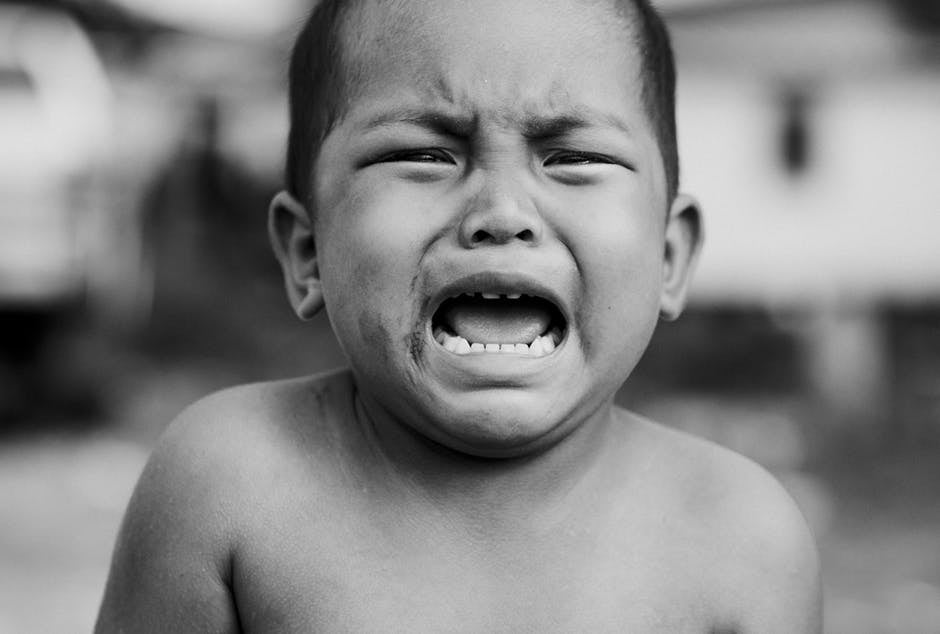 When my son was 18 months old, we quickly learned that he was going to have respiratory issues. During the Winter months, he (and most children) is much more apt to getting sick, but for him, colds often settle into his lungs. As a mom, this can be terrifying. The barking cough wakes everyone in the middle of the night, and I worry that my little guy can't breathe properly. One of his colds even evolved into pneumonia. And one way doctors often try to remedy this croupy cough is to prescribe a steroid for the child. But, boy, do I wish I would have done my homework before I agreed to this.

His eyes would gloss over, and his rage surfaced on an hourly basis. He was so hyped up that it made it difficult for him to sleep. Then his behaviour catapulted out of control.

Unfortunately, since my son is my firstborn, I always just listened to the doctors. Instead, I should have asked the proper questions and done my research, especially when it came to giving him steroids. In hindsight, I just wish a nurse or doctor would have warned me about the horrendous behaviour that could ensue from my adorable and usually content toddler. It didn't take long for the steroid to clear up his cough, but it also turned my sweet boy into a rageing lunatic. His eyes would gloss over. He was going through the motions without truly feeling a whole lot. And his rage surfaced on an hourly basis. He was so hyped up that it made it difficult for him to sleep. Then his behaviour catapulted out of control.

Related:
Can We All Please Stop Sending Our Sick Kids to School?

I'll never forget one day in particular. He desperately wanted to watch a show on the iPad. As I gave him the device, he tried to get to his beloved Daniel Tiger's Neighbourhood. His chubby, shaky fingers kept missing the proper button, and he took the iPad and threw it onto the kitchen floor. The screen shattered, quickly resembling a spider web. He immediately started crying, but he wasn't the only one. I wept with my toddler on the kitchen floor while cradling him. He had never acted this way before, and I knew in my gut that this wasn't typical toddler behaviour. It wasn't his fault, and I was exhausted. I didn't know how to parent him through what I know was a really scary time for him. His emotions were completely unmanageable, and it scared both of us.

After doing a ton of research, I learned that steroids can cause rage and intense emotions in children. I just wish I would have known this before I agreed to give them to my son. I don't understand why a health professional didn't tell a new mother this. Instead, I was left in the dark to navigate my son's intense personality change for two lonely weeks. I felt helpless. I wanted his cough to stop sounding so wheezy, but I wanted my sweet son back, too. I don't think I've ever cried so much in my life. Our whole home seemed to spiral out of control. Finally, we decided to take him off the steroids, and as soon as they exited his system, I got my son back.

This "roid rage" doesn't occur in all children who take them to help their croupy cough. Some aren't negatively affected at all, while others, like my son, are. So, if you're in a similar situation as I was, just be cautious. Ask your doctor questions. Ask about alternatives, too. Now, when my son gets a wheezy cough, we use breathing treatments (those can make him act up, too, but not half as bad) right away so that his respiratory system isn't compromised. But I do everything in my power to avoid giving him steroids again. His physical and mental health are most important, and we were able to find a way to protect both.