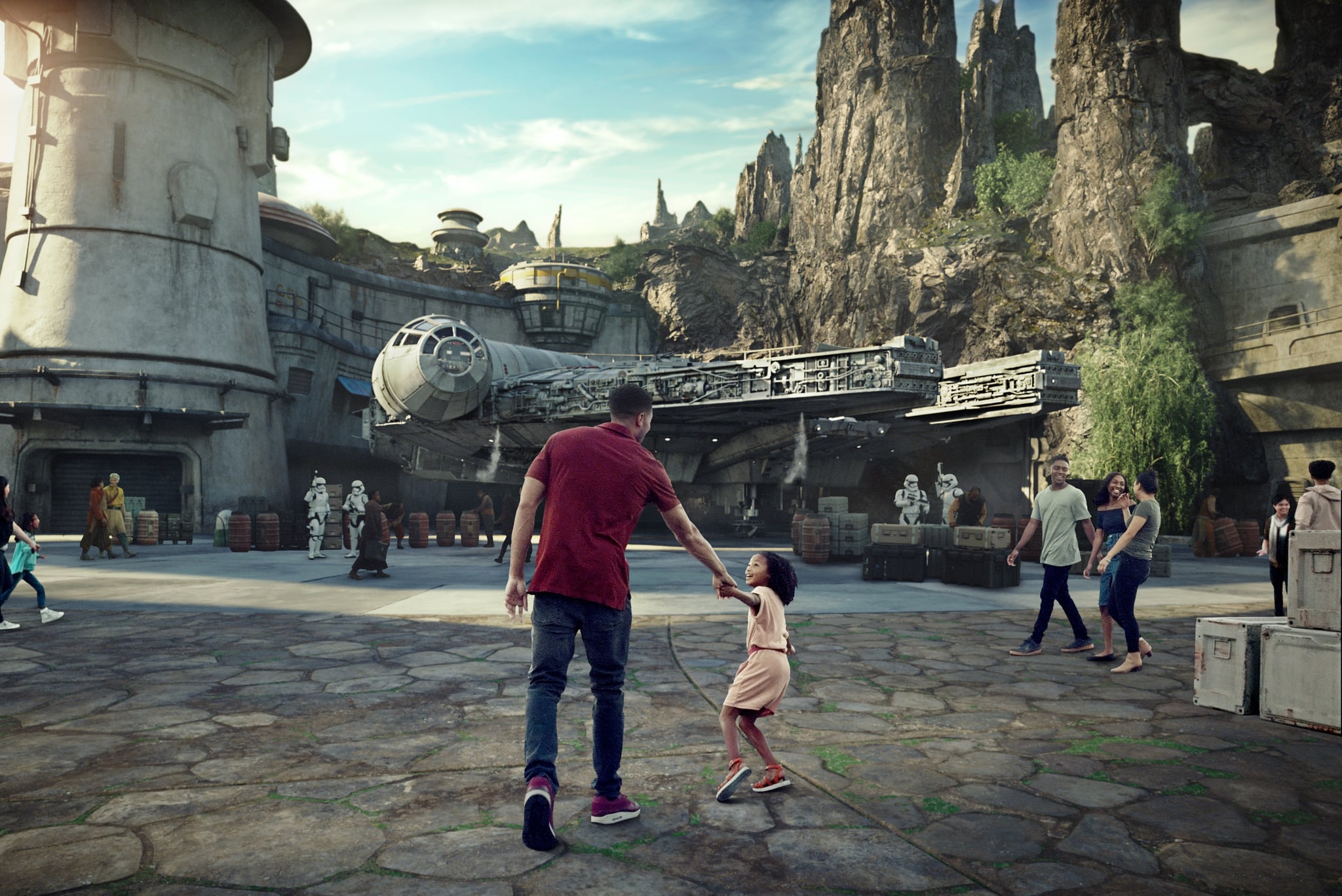 Huge news for Star Wars fans! Disney officially announced the opening dates for Galaxy's Edge at both Disney World and Disneyland in a press release. And the best part? The parks are actually ahead of schedule. Mini jedis-in-training can flock to Disneyland beginning May 31 to get transported to the remote planet of Batuu and hop abroad the Millennium Falcon: Smugglers Run. As for the folks who typically go to Walt Disney World in Florida? They'll have to wait until Aug. 29 to get the out-of-this-world experience.

It's also important for parents to keep in mind that the Galaxy's Edge parks are being completed in phases, which means attractions like Star Wars: Rise of the Resistance won't be finished until later in the year. Families who are thinking about checking out the new park between May 31 and June 23 at Disneyland will need to make a no-cost reservation along with a valid theme park admission to enter.