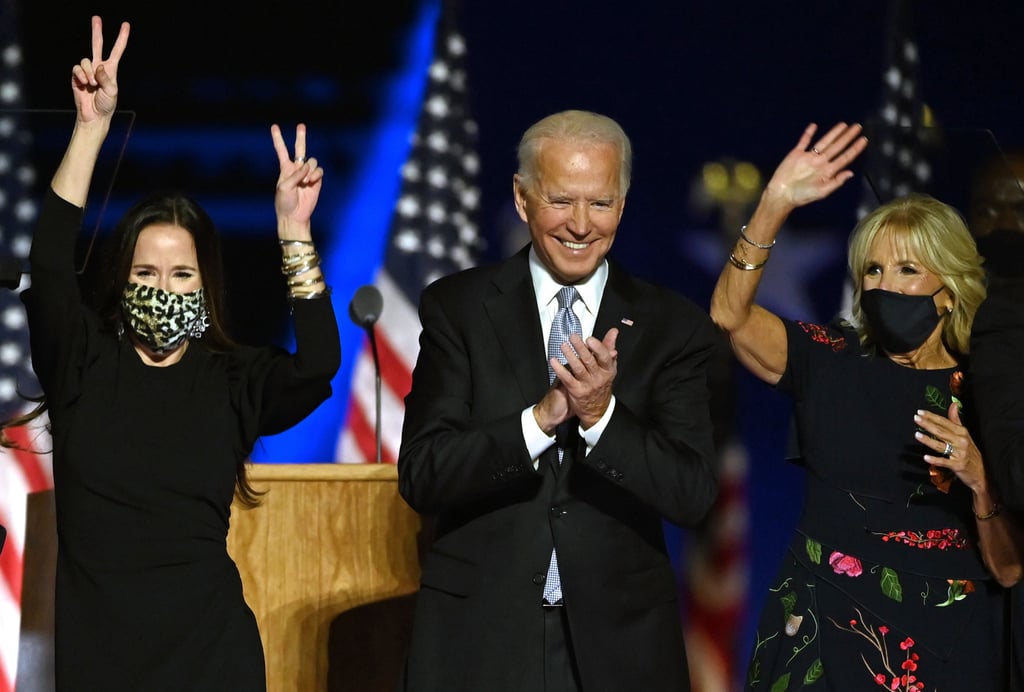 She Joined Her Father on the Campaign Trail

While she's joined her parents, Joe and Jill Biden, in a handful of public appearances and supported her father at political events, Ashley Blazer Biden has mostly avoided the limelight over the years. But shortly after the president-elect's victory speech on Nov. 7, fans, and of course, Twitter, noticed Ashley dancing her way across the stage as the Biden family celebrated the candidate's win, sparking interest in the future first daughter.

The youngest of Joe's four children, Ashley is Jill's only child and half-sister to Hunter, Beau, and Naomi Biden. (Beau passed away in 2015 after suffering from brain cancer and Naomi died in a tragic car accident in 1972 at just 13 months.) Though it's unclear what role Ashley will play in Joe's presidency, if any, find out more about the 39-year-old philanthropist and activist ahead.

Related:
Jill Biden Was the Second Lady of the U.S. but She's Also an Educator and Veteran Advocate
Previous Next Start Slideshow
Joe BidenJill BidenPolitics