When state trooper Tyler Kroenke learned that his 6-year-old daughter Miela's dance recital was postponed, he knew he needed to think fast. Heartbroken his daughter couldn't show off her hard work, Tyler took it upon himself to learn the moves choreographed to Bonnie Tyler's "Holding Out For a Hero" so Miela could perform via video. As soon as the sweet clip was posted to social media, it instantly took off.

"This is a tough time for kids right now. School is cancelled, they can't see their friends and teachers," Tyler told POPSUGAR. "Dance is Miela's favourite thing in the world, and when the recital got postponed, it was the least I could do for her. It made her day and it was a lot of fun. The blooper reel from the week would've probably been better than the actual video."

Related:
These 10 YouTube Channels Will Help Your Kids Burn Their Boundless Energy

According to Tyler, getting up to snuff in the dance department was hard work, but fortunately, he had a great teacher. "We practiced an hour every night for a week," he explained. "She was really tough and a perfectionist. She critiqued my toe points and how straight my leg was on the needle."

To bring the routine home, he filmed the dance wearing a mask and Wonder Woman cape to match his kiddo. Watch the above video — which has amassed 541,000 views so far — to see some adorable father-daughter bonding. 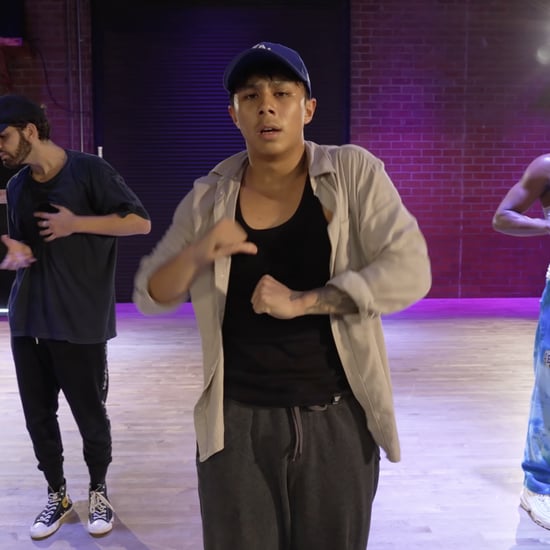 Dance Videos
Adele's "Easy on Me" Was Mainly Made For Crying and This Moody Choreography, Correct?
by Kelsey Garcia 18/10/21