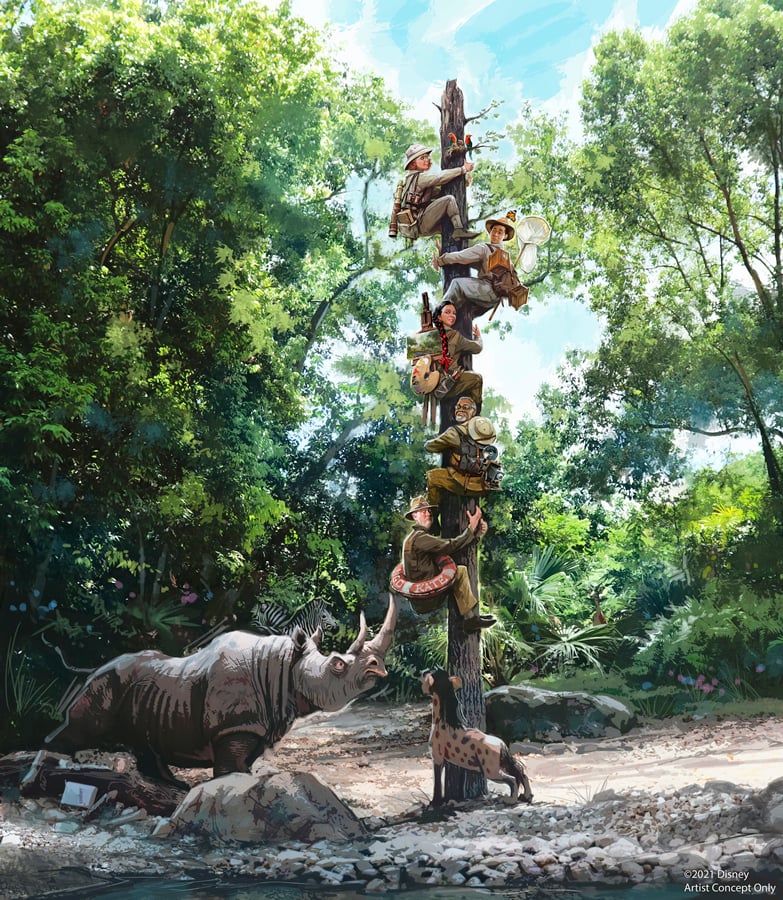 The Jungle Cruise rides at both Disneyland in California and Walt Disney World in Florida will be getting long-awaited updates to make them more inclusive. According to a report from the Los Angeles Times, the Walt Disney Company announced on Jan. 25 that "it's embarking on what many view as a long-overdue course correction for the Jungle Cruise."

One of the earliest attractions that families could visit when Disneyland first opened its doors in 1955, Jungle Cruise's concept was initially based on nature documentaries. However, Disney fans have called out aspects of the ride — such as scenes along the attraction's route that depict indigenous people in barbaric ways — as offencive.

Related:
Disney World Will No Longer Offer Free Airport Shuttles to and From Park Hotels as of 2022

"Today, we're excited to share that we are building on the story of the Jungle Cruise at both Disneyland park at Disneyland Resort and Magic Kingdom Park at Walt Disney World Resort to include new adventures that stay true to the experience we know and love — more humour, wildlife and skipper heart — and also reflect and value the diversity of the world around us," reads a blog post written by Michael Ramirez, public relations director at Disneyland.

"With Jungle Cruise, we're bringing to life more of what people love — the humour and wit of our incredible skippers, while making needed updates."

Jungle Cruise isn't the first Disney attraction to get a significant update based on inclusivity. In June 2020, Disney announced it was changing Splash Mountain — which is based on the controversial 1946 film Song of the South — to a Princess and the Frog-themed ride. Additionally, Disney announced in 2017 that it would be updating the problematic auction scene in its Pirates of the Caribbean attraction to depict women selling stolen goods, rather than pirates selling women into marriage.

Focussed on improving the visitor experience, Disney executives are taking a hard look at what attractions need to change. "As Imagineers, it is our responsibility to ensure experiences we create and stories we share reflect the voices and perspectives of the world around us," Imagineering executive Carmen Smith said in the press release. "With Jungle Cruise, we're bringing to life more of what people love — the humour and wit of our incredible skippers, while making needed updates."

Disney fans will also be happy to learn that Jungle Cruise, the movie based on the ride starring Dwayne Johnson and Emily Blunt, is coming out in July after its initial 2020 release date was postponed due to the pandemic. Take a closer look at what to expect from the updated ride in the concept art ahead.

Related:
Disney Shared a Rare Look Inside Cinderella's Castle Suite, and It Really Is What Dreams Are Made Of
Previous Next Start Slideshow
Jungle CruiseRace And CultureFamily TravelWalt Disney WorldDisneylandTheme ParksDisney

Celebrity Style
Lizzo Challenged Barbie to Top Her Hot Pink Lace-Up Catsuit, and It's Going to Be Tough
by Chanel Vargas 3 weeks ago