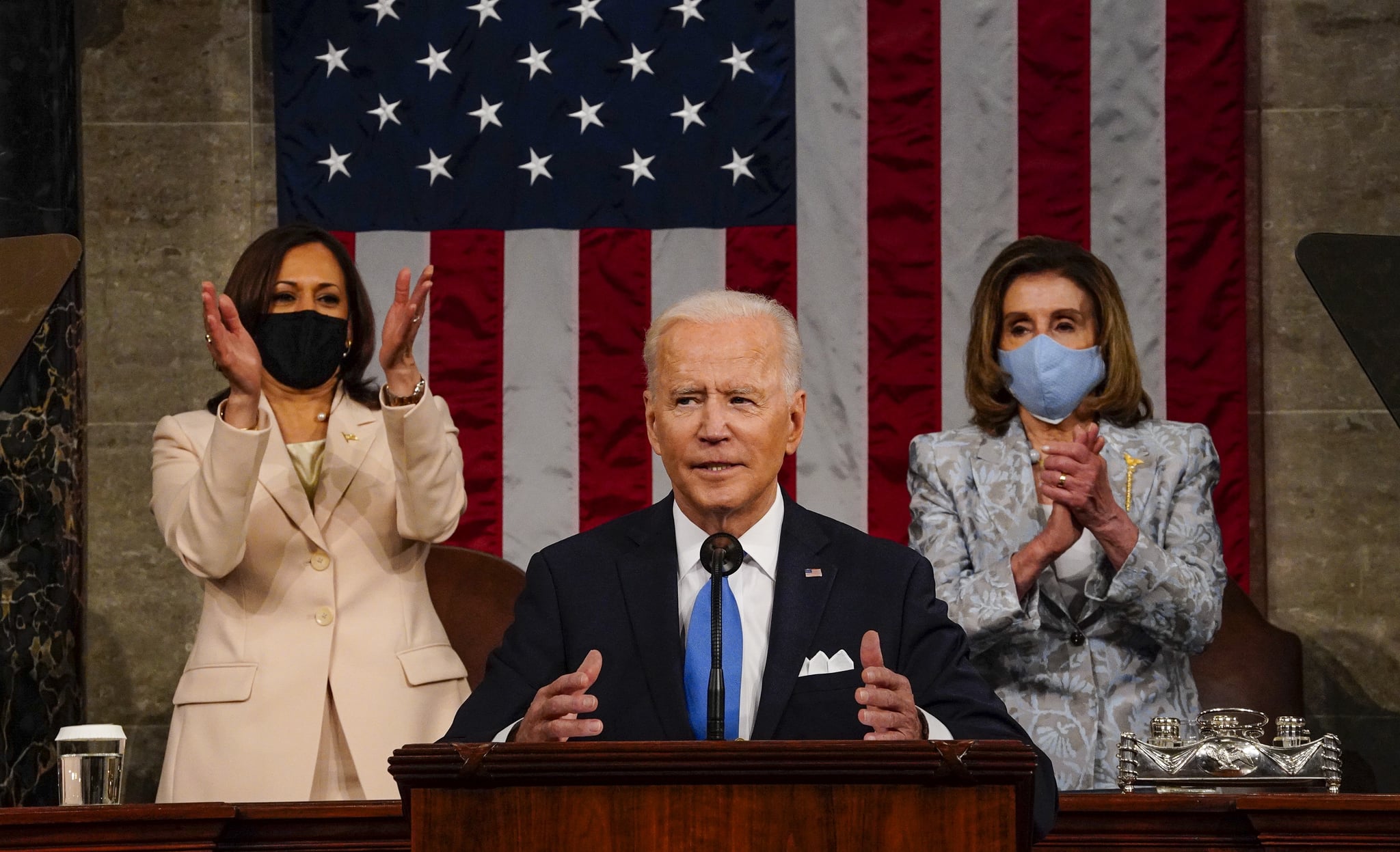 In his first address to Congress, President Joe Biden touched on immigration, police reform, and climate change, but perhaps the topic that hit closest to home for those with kids underfoot was his official introduction of the American Families Plan, which he said will be a "once-in-a-generation investment" that addresses four of the biggest challenges facing families, and children in particular, today.

Although it's estimated that it will cost $1.8 trillion in additional spending for all of Biden's outlined programs, including the American Families Plan, Biden guaranteed he would not impose any tax increases on people making less than $400,000 per year but instead raise taxes on corporations and the wealthiest one-percent of Americans.

Read on for an outline of the key initiatives Biden believes will bring relief to parents.

The United States currently offers 12 years of universal public education, but Biden proclaimed that we're on pace to be eclipsed on a global scale, noting that "any country that out-educates us is going to outcompete us."

To that end, his plan attests that it is no longer sufficient in the 21st century to simply provide K-12 education and would thus guarantee four additional years of free public education for every person in America – two years for early childhood education in the form of high-quality preschool for 3- and 4-year-olds as well as two years of free community college following high school. The plan would also increase Pell Grants and investment in Historically Black Colleges and Universities, Tribal colleges, and minority-serving institutions.

The thinking is that those early years of school, not simply daycare, would provide children of all backgrounds with the foundation to learn and that those later years would offer the skills and preparation critical to securing jobs and thus prosperity, innovation, and a strengthened national economy.

Biden's plan also promoted subsidies for child care. In his view, expanding access to affordable child care is key to revitalizing economic prospects for working mothers, especially after millions of women have been forced to leave the workforce amid the pandemic.

If this bill becomes law, it will guarantee that low- to middle-income families will pay no mare than seven percent of their income for "high-quality care" for children up to the age of 5. That means a typical family that earns below 1.5 times the median income in their state will pay no more than $45 per week, and the most hard-pressed working families "won't have to spend a dime." With early child care costs fully covered, it will save these families approximately $200 per week."

Biden announced that his plan will "finally provide up to 12 weeks of paid family and medical leave" because "no one should have to choose between a job and paycheck or taking care of themselves and a loved one," whether that is a parent, spouse, or child.

Since the Family and Medical Leave Act was introduced in 1993, companies with 50 or more employees have only been required to provide up to 12 weeks of unpaid time off. Under the new plan, however, workers could get up to $4,000 per month during their leave, with at least two-thirds of their average weekly wages replaced. Those low-wage workers would get up to 80 percent of their prior earnings during the leave.

The program also includes leave for survivors of sexual assault, stalking, and domestic violence who are seeking a safe environment as well as people who are ill themselves. In total, it's estimated to cost approximately $225 billion across 10 years. The full 12 weeks of paid leave is not expected to be fully available until the tenth year of the program.

Back in March, the American Rescue Plan expanded a child tax credit that allowed families with a joint income of less than $150,000, or single income of less than $75,000, to receive up to $3,600 per child under age 6 and up to $3,000 per child over age 6 (children ages 17 and under fall under the eligible age bracket to receive this credit). For working parents with two kids, "that's up to $7,200 in your pocket to help take care of your family," Biden said. It is projected that these credits could help more than 65 million children and help cut child poverty in half by the end of this year.

Joint filing households that earn up to $400,000 may receive a reduced credit totaling up to $2,000 per child. There is no minimum income to qualify. If signed into law, families will receive monthly payments worth hundreds of dollars starting after July 1 until the end of the year.

The current legislation is only temporary, so in his address, Biden announced his plan to extend the child tax credit more permanently, or at least through the end of 2025.